I’m not sure when they really started to take off, but at some point in the past year bodysuits went from dance-class clothes or oh-crap-my-top-is-too-sheer-for-this-formal-situation-better-wear-something-under-it clothes to actual clothes. Clothes with which I, personally, am obsessed. Allow me to explain:

As you can see, the pros vastly outweigh the cons. (The cons can also be partially solved with dress tape.) Below, some suggestions for ways to wear bodysuits this fall.

As it gets colder, wearing the most amount of clothing in the least annoying way gets even more important. Why fuck around with a gap between your top and your bottoms or the bulk of having to tuck in a tank top when you can wear a bodysuit (or two) instead and keep frigid winter air as far away from your skin as possible? Plus, since I decided this look needed vegan leather pants, you’ll need the extra layer. You’re welcome. 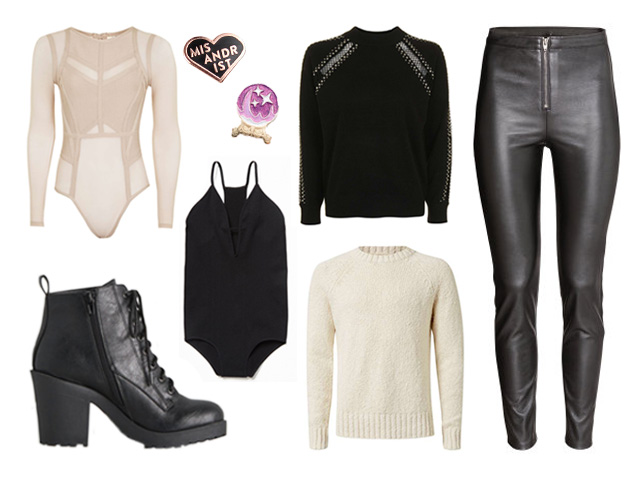 Maybe it’s tucked in really, really neatly. Maybe it’s actually a bodysuit. The key to pulling this off, if success is defined as “I want to look rad and not have my shirt bunch up weird if I move, but I also don’t want anyone to know how complicated peeing is for me right now,” is to opt for more casual-looking bodysuits that look like regular sweaters or T-shirts. 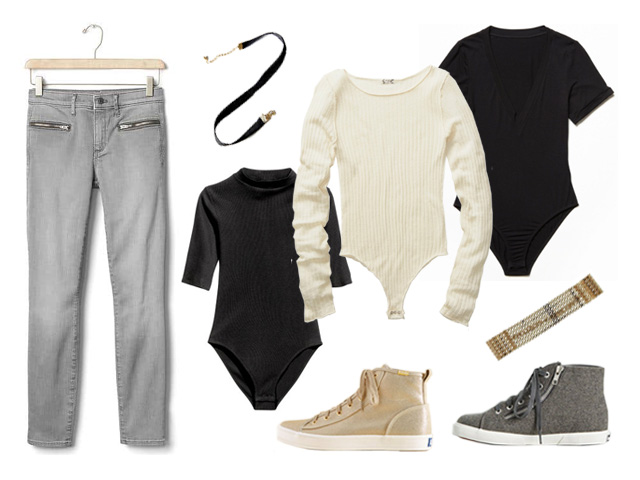 The Bodysuit As Underwear, Out

Why NOT pair lace and mesh, and probably no bra if we’re being honest, with sequins, metallics and glitter? 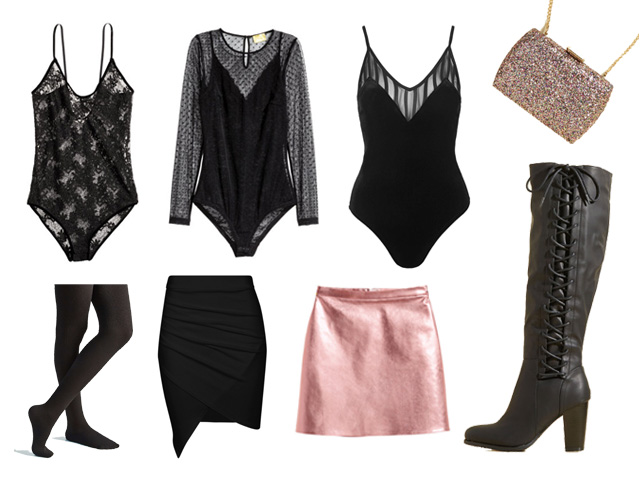 The bodysuit in its purest form: the bodysuit of your dreams, paired with a couch and no pants. 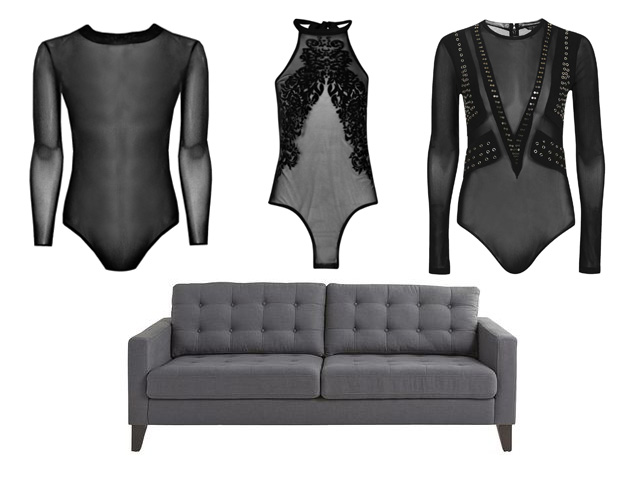 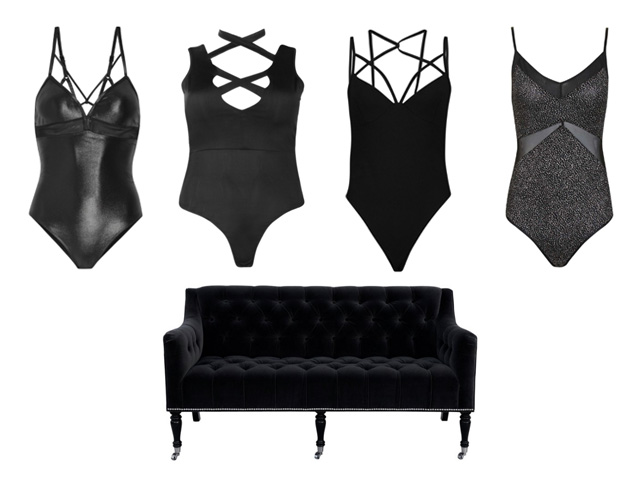 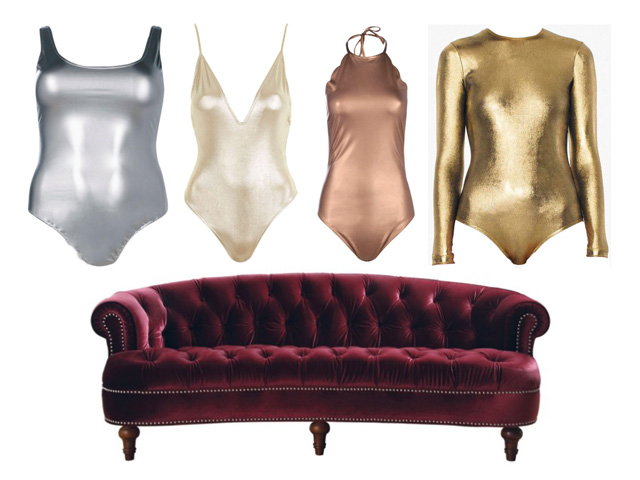