by Mey and Grace
Ever have one of those times when you’re in bed with your special someone and you find yourself at a loss for words? Well, as everyone knows, nothing makes for better pillow talk than dinosaur facts. Here you go, and you’re welcome. 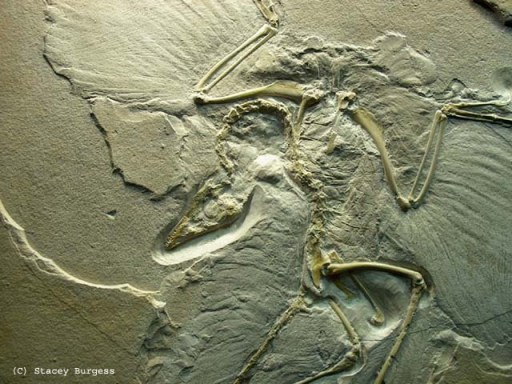 The archeopteryx, which may or may not be one of the earliest birds (it’s complicated). copyright Stacey Burgess

1. Modern day birds are actually dinosaurs! In fact, a T-Rex is more closely related to a turkey than a stegosaurus. 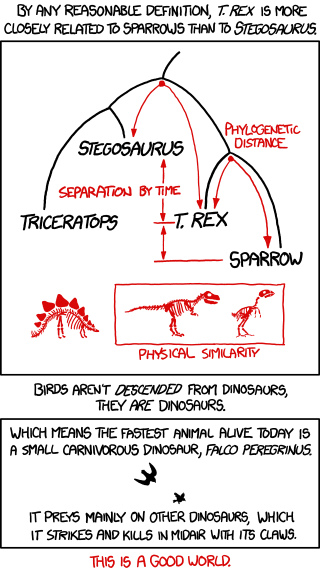 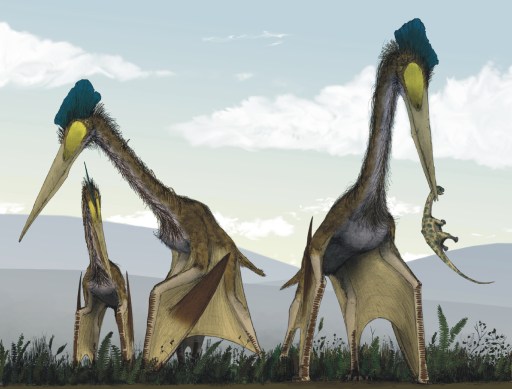 What even is that?!?! (It’s a Quetzalcoatlus) via about.dinosaurs.com

3. Even though modern birds are dinosaurs, flying reptiles (like Pterodactyls and the ridiculously awesome Quetzalcoatlus) that lived in the time of the dinosaurs were not dinosaurs. 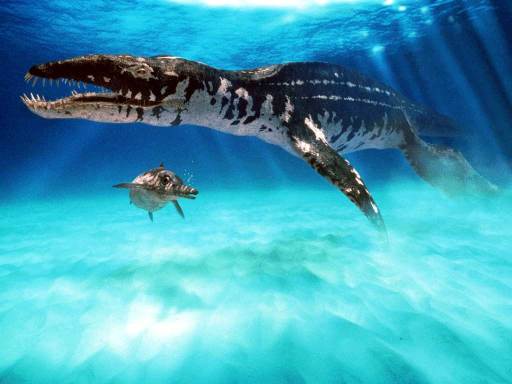 4. Neither were aquatic reptiles like the Plesiosaur or Liopleurodon. 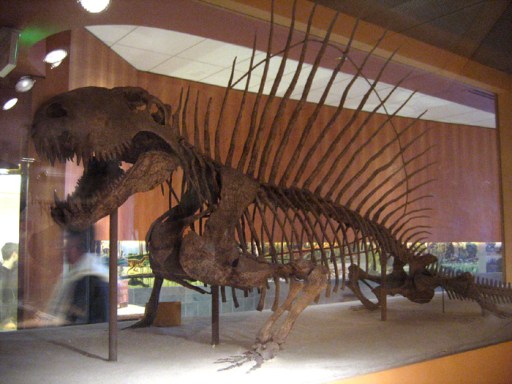 5. Neither were Dimetrodons. Dinosaur refers to a specific set of land-dwelling reptiles who couldn’t fly and had a specific type of hip bone. 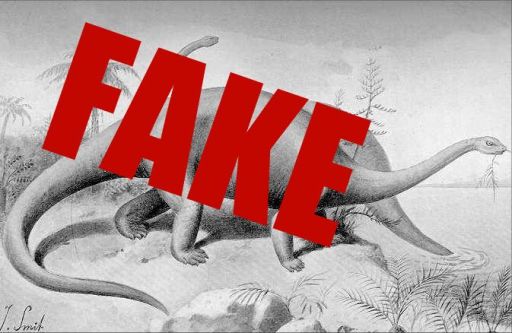 6. The Brontosaurus isn’t a real dinosaur at all. It’s just what happened when people accidentally put the skull of one sauropod on the body of another (also when people were being jerks and fighting to quickly “discover” as many new dinosaurs as they could). 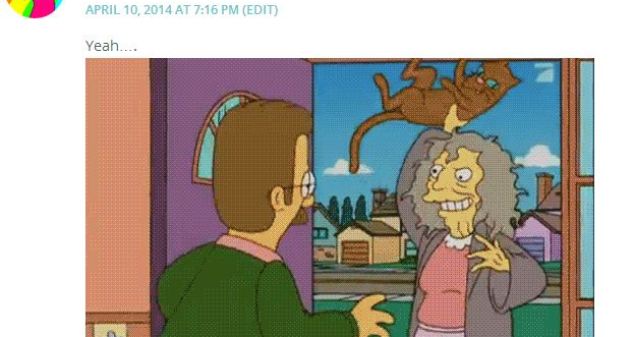 7. It’s possible that the Triceratops didn’t exist either! Although there’s still a lot of debate going on, some paleontologists think that Triceratops skeletons are just young Torosauruses. 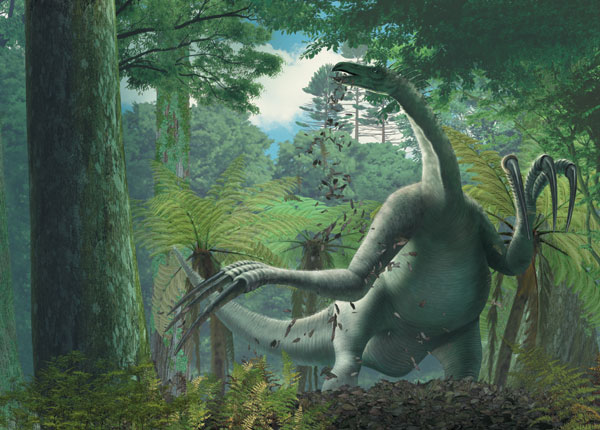 8. The Therizinasaurus had the longest claws of any dinosaur, which grew to be about three feet long. 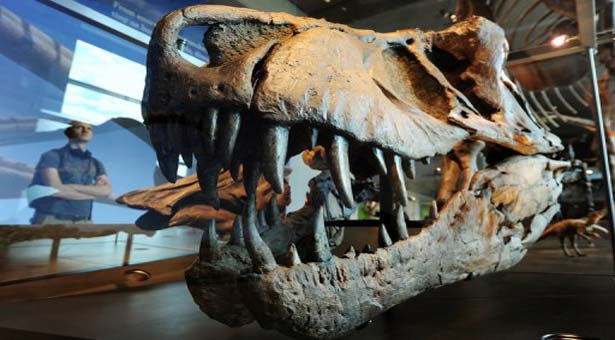 9. T-Rex had the biggest teeth of any carnivorous dinosaur at 12 inches long.

10. Velociraptors in real life weren’t very much like the ones in Jurassic Park at all. In reality, they were only a few feet tall, weighed about thirty pounds and where covered in feathers. So that annoying kid is pretty much right, except instead of  six-foot turkeys, they were more like three-foot turkeys. 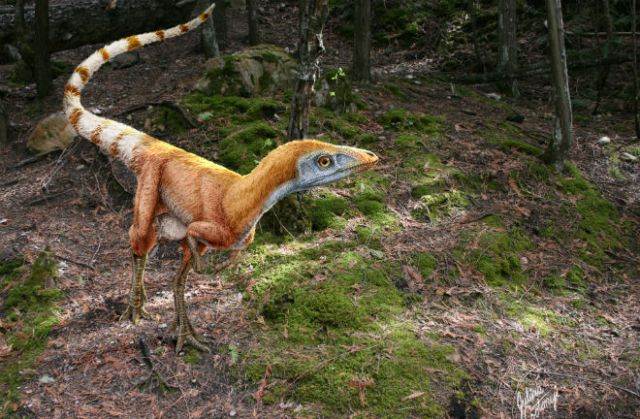 11. Actually, a lot of dinosaurs were likely covered in feathers or protofeathers (which were basically short fuzzy feathers). 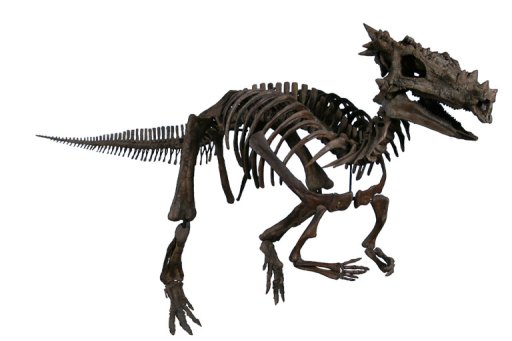 12. There’s a dinosaur named for the Hogwarts School of Witchcraft and Wizardry (Dracorex hogwartsia, which means “Dragon King of Hogwarts”).

13. There’s evidence that suggests that Tyrannosaurus Rexes sometimes ate each other, which: gross but also cool? 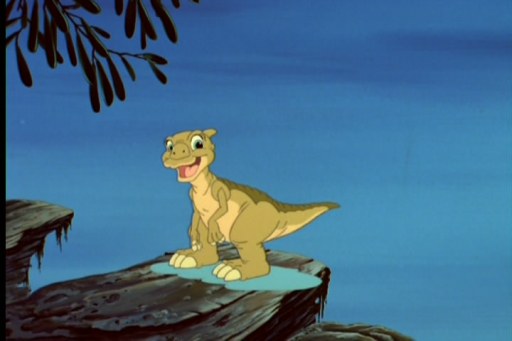 via Land Before Time Wiki

14. Hadrosaurus foulkii (Duck-bills in “Land Before Time”) was the first mostly complete fossil ever found in North America. They showed a plaster casting of it at the 1893 World’s Fair, but now we know that the original hypothesis of what it looked like was totally wrong. 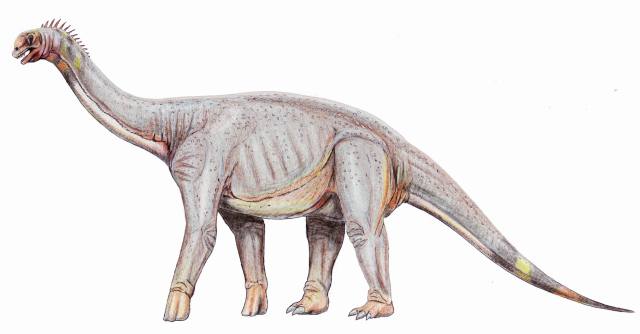 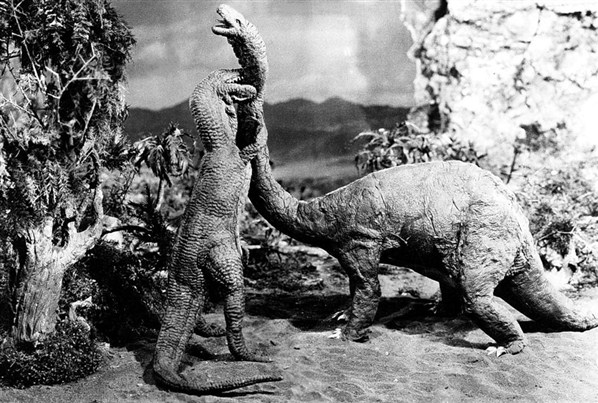 16. The classic dinosaur movie “The Lost World” (1925), whose plot supposes that dinosaurs aren’t extinct after all, was the first feature-length movie ever to feature stop-motion animation. 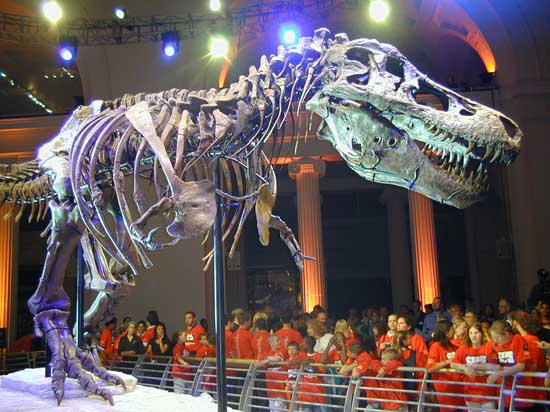 17. The largest, most complete T-Rex fossil is currently in the Chicago Field Museum. Named “Sue” after paleontologist Sue Hendrickson, the fossil is 40 feet long and 13 feet tall.

17a. Sue the T-Rex was discovered in South Dakota, and if you go to the Field Museum with someone from South Dakota, that’s literally that only thing you need to know. 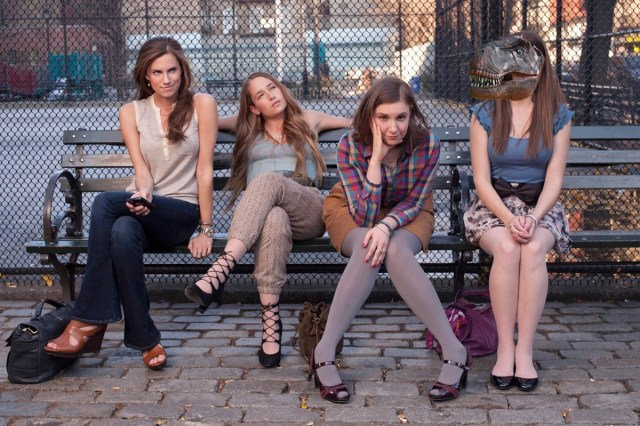 18. T-Rexes usually lived to be about 30 years old, so they were basically permanent millennials. Imagine a T-Rex watching Girls. I bet T-Rexes would be total Shoshannas.

19. Parasaurolophuses moved in herds. They really did move in herds. 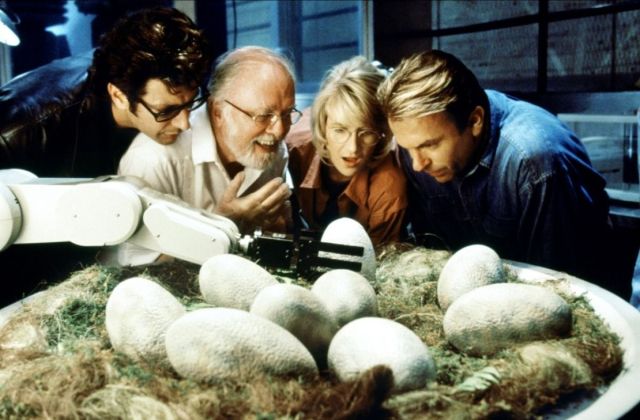 20. It is unlikely that dinosaur eggs were ever larger than two feet across, even for the biggest dinosaurs. 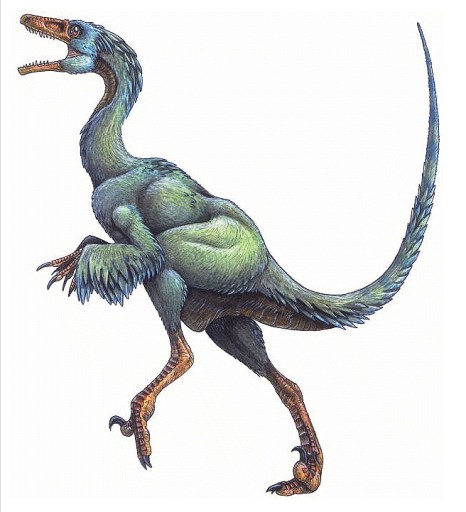 21. It’s suggested that the smartest dinosaurs were Troodons, who were maybe about as smart as modern birds. 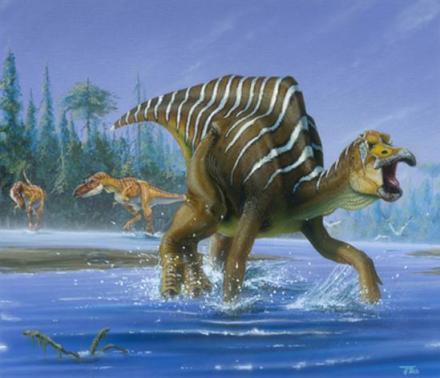 22. There were totally toothless dinosaurs; “HOW TO TRAIN YOUR DRAGON” WAS REAL 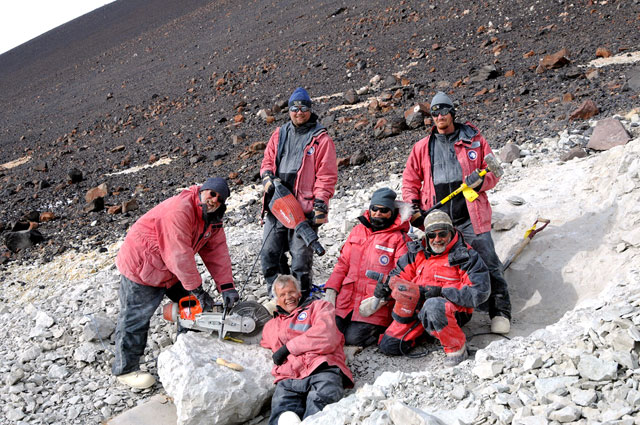 A team unearthing dinosaur fossils in Antarctica. via The Antarctic Sun

23. Dinosaur fossils have been found on every continent, including Antarctica.

24. The only thing I remember from my astronomy class is that basically everything major that happens is because of giant space stuff running into other giant space stuff, so I feel like the hypothesis that a giant impact wiped out the dinosaurs is probably true based on that class I took freshman year of college. 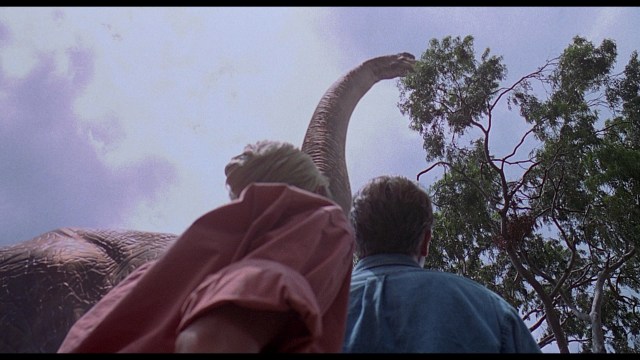 26. Some plant-eating dinosaurs swallowed rocks in order to help them digest their food. 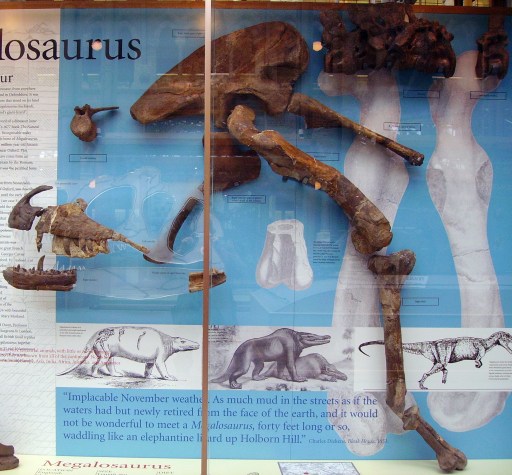 27. Megalosaurus was the first dinosaur (not counting modern birds, which, I’ll remind you, are dinosaurs) to be officially named based on fossils back in 1824. 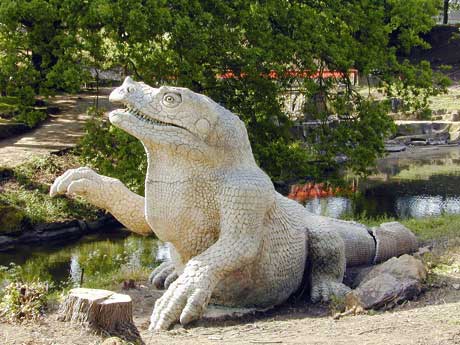 This is not at all what an Iguanodon looks like. via Cabinet

28. The next was the Iguanodon in 1825. They’ve got a famous thumb spike, but that spike was placed on its nose like a horn by the first  scientists who classified it. 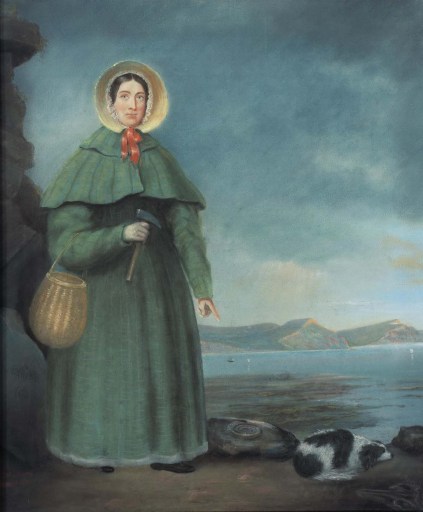 Mary Anning and her weird dog. via Wikipedia

29. Mary Anning was a famous early paleontologist in England, who discovered some ichthyosaur and pterosaur skeletons and the first ever plesiosaur skeletons. Although none of those are actually dinosaurs, she deserves a spot on this list, because she was a working class woman making scientific breakthroughs about prehistoric reptiles during a time when the only scientists were upper class men. 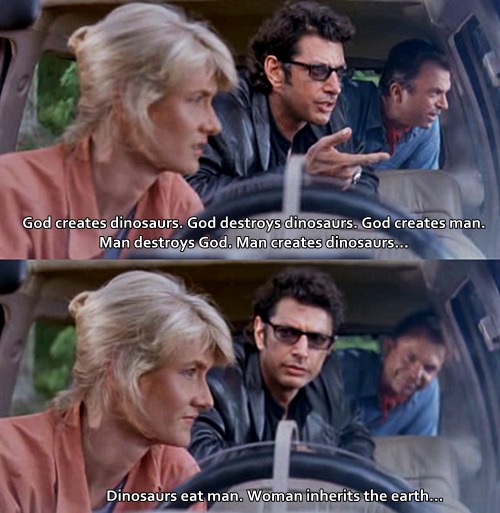 30. Jurassic Park is one of the All-Time Best movies ever made and Dr. Ellie Sattler is a total badass whom I want to be/marry.