SEXY LESBIANS: We started this post at midnight last night which is usually when we aim to finish this post. So, in lieu of any other brilliant ideas we decided to go super general and just whip out you know — stuff that’s sexy! Easy, right?

So we did a survey of lesbians accessible via email, texting, g-chat, twitter, and the living room and come up with the following Things That Are Sexy. We weren’t able to visually represent everything this week, so you know what that means… TWO PARTER!

Have anything to add? We could use something edgy. Y’all are so f*cking vanilla sometimes, I swear.

VADGE: Six weirdest things women do to their vaginas. This seems to be a tren 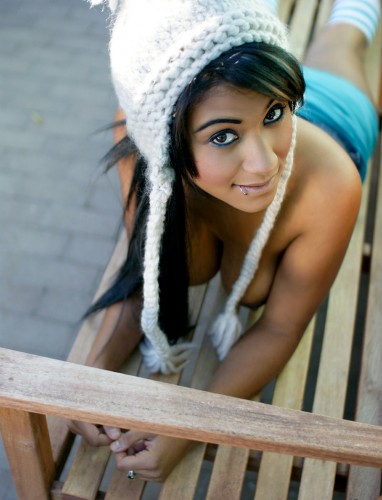 d lately; every week someone’s got something to say about the vadge! (@alternet)

ASS: American Apparel is searching for the best ass in the world for a new ad campaign. So there will be lots of pictures of asses on their website for you to vote on is what we’re telling you.

REVIEW: Review – Under-the-Bed Restraints: Don’t let your girlfriends lack-of-a-headboard get in the way of a little bondage! (@sugarbutch)

Riese has written 2796 articles for us.

We wouldn’t ask if we didn’t have to. But we need your support to keep Autostraddle going, to make sure AS has a future — for us, for you, and for the next person.

An amazing group of supporters believe in you. They put together a $23,000 match fund. Will you help us meet our goal and unlock the match?

I Want To Help!

THE AUTOSTRADDLE STORE IS BRIMMING WITH THE GAYEST TEES AND ENAMEL PINS! SHOP NOW →