About a week ago we reported on the murder of JoJo Sriker, a 23 year old Black trans woman who was murdered in Toledo Ohio. Now, sadly and horribly, we have to report the murder of another young Black trans woman, Keke Collier. Collier, who also went by Tiara Lashaytheboss Richmond, was just 24 years old when she was shot and killed on Tuesday morning in Chicago. Collier, like Striker and so many others, was initially misgendered by police and media reports.

Thank you to her friends and community activists like Shasha Lauren, a friend who, according to Mic, confirmed that the police reports were about her, and LaSaia Wade who reported that she also went by the name Tiara Richmond. Also thank you to trans women on Twitter like Venus Selenite (who has a Patreon and Paypal.me where you can support her and the work she does). These women got out the news early and made sure that Collier will be respected and remembered as her true self and with her true name. 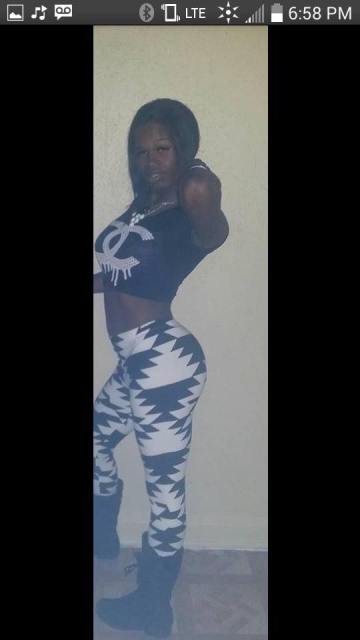 America and the world hate Black trans women. Horrible, tiny people like Donald Trump and Jeff Sessions use the power that bigots, hatemongers and white supremacists give them to strip away protections for trans kids and healthcare for all trans people. We’re told that we have to give Nazis and racists a chance, and that we need to be tolerant of their beliefs if we expect them to be tolerant of us. Women are treated like pieces of meat that can be grabbed and beaten and thrown away. When a talentless hack can make a career out of anti-blackness, racism, xenophobia, misogyny and transphobia, Black trans women are sent a strong message about how much they matter in America.

When Trump was elected I, and many other trans woman warned that it was going to embolden the kind of people who murder trans women — that is, usually men who sleep with them and then consider them to be subhuman and worth less than their supposed pride. We’re not even two months into the year and four trans women of color have been murdered, three of them Black, and the last two have been not even twenty five years old.

So far this year we’ve lost Mesha Caldwell, Jamie Lee Wounded Arrow, JoJo Striker and now Keke Collier, and there are almost certainly others that we don’t know about. Plus there are the countless others across the world. This is just the United States that we’re reporting on. This is a shit trend, it needs to stop. Allies need to do more work, it’s cis people who are murdering us, it’s on cis people to stop it.