Pssst… Pssst… I’m here to tell you about your new binge streaming obsession!

The hot new web series 195 Lewis is set in the Bed-Stuy neighborhood of Brooklyn, NY and follows a close group of young queer black women as they navigate careers, love, sex, and friendship. Yuri, a painter with the best smile I’ve seen in a while, and Camille, a recent PhD grad, are working on mutual honesty as they explore the new polyamorous borders of their long-term relationship. Anne, Camille’s scene-stealing younger sister, and Kris, Yuri’s ex and old college friend, round out the central group. Other cast member pop in and out as needed, each more unique and memorable than the one before.

They enrich the tapestry of 195 Lewis almost as much as the purposefully chosen, bold colors that wash every carefully shot frame. Together they make for an effortlessly cool, gorgeously sexy, romantic dramedy that’s as much about sisterhood as it is about sex.

One of the most obvious comparisons for 195 Lewis is The L Word; they are both series that focus on the strength of queer female friendships and the ways we liiiiiiive and looooooove. Of course the fact that the most obvious comparison is over a decade old and with a primarily white cast is part of the problem that 195 Lewis is interested in solving. I would also compare it to Issa Rae’s HBO breakout hit Insecure, which has its own roots as a web series, The Misadventures of Awkward Black Girl. But Rae has thus far been hesitant to include a queer or trans character in her show. The stories of queer black young women all too often fall through the crevices of intersectionality in our media. At its best, 195 Lewis feels like a balm for those wounds.

These women smoke blunts without judgement and make art as they love on each other fiercely. They support each other’s ambitions and dreams. Their language mirrors how I talk with my own friends: a mixed up stew peppered with equal parts slang and academic or activist jargon. They are firm, but gentle. Their relationships feel rooted. The show itself is incredibly addictive. I started it and before I knew it, I looked up and realized that I’d already completed the entire five-episode first season!

Part of that addiction is masterfully manipulated by out queer black director Chanelle Aponte Pearson. Pearson considers herself new to film directing, but I’m here to tell you that she will quickly become a hotly sought after talent. A lot of attention has been paid lately to the ways that black skin is lit on camera, with people drawing from the excellent work of cinematographers Bradford Young, Ava Berkofsky, or director Ava Duvernay. With the rich hues of 195 Lewis, Pearson is well suited to join that exclusive cohort. Her use of color, switching between natural lighting during the day and effective use of the bright artificial neons of New York City at night, is captivating to the eye. 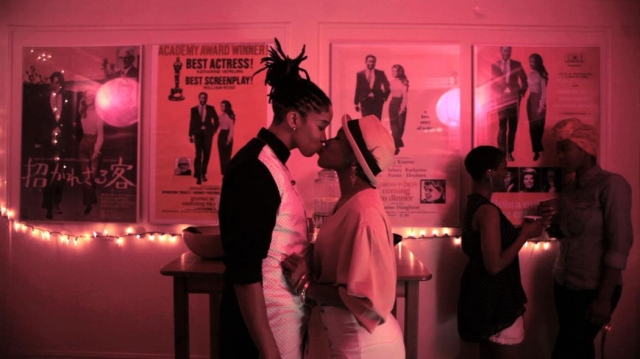 As a guerrilla-style intimate love letter to blackness, Pearson’s work also reminds me of late 1980s and early ’90s era Spike Lee, or at least it would if Lee had ever correctly figured out his feminism.

It’s not a coincidence that I bring up Lee. One his most iconic films of the 1980s, She’s Gotta Have It, happens to also be — as feminist critic bell hooks argues — one of the most glaring examples in modern cinema of toxic male gaze and its relationship to black female protagonists. I don’t always agree with hooks, but her argument is worth paying attention to in the current moment. Despite its checkered past, the movie has been updated and just debuted Thanksgiving weekend as a television series on Netflix, thus far to warm reviews.

Still, I think time would be better spent watching Pearson’s work instead. Like the best of what Lee has to offer, 195 Lewis is unapologetically black and memorably stylish. The costuming, hair, and music are all cutting edge. Fly with a few extra “yyyyyy’s” at the end. However unlike the legacy of Lee’s work, Pearson never loses track of the agency and full potential of her female protagonists.

As a matter of humor, the third episode of 195 Lewis, “Femme Brunch” is a stand out. Anne brings Kris as a guest to a revolving undercover brunch series. Of course Anne, who decidedly doesn’t identify as femme, didn’t mention to Kris that one of her reasons for crashing the femme-only event was to play the field.

Unfortunately, for all of Anne’s “player” preparation, she forgot the girl’s name! Her hook up leaves Anne, mouth agape, standing there with her literal dick in her hands.

Later in the series, Anne’s discussion with her older sister Camille about having possibly contracted an STI is handled with equal amounts of honesty and humor. In the fifth and final episode, a character breaks down what she considers to be The Five Kinds of Lesbians for the black queer community. I may take issue with some of the characterizations, but dammit if I ain’t a Beyoncé Femme in my everyday life (except I am by no means a pillow princess and I can cook! Thank you very much). They are really on to something. The show also gets massive bonus points for a perfectly timed Bette Porter call out when it matters most. 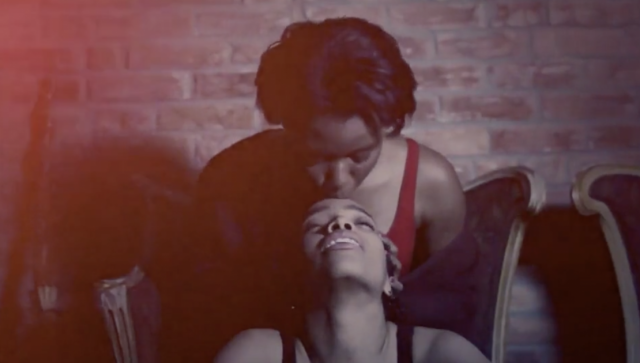 More than anything, 195 Lewis feels lived-in and real. Pearson describes the process of making the series as community oriented, and I believe that praxis really jumps on to the screen as well. One of their strengths is their grassroots production. Pearson reached out to community members who are not traditionally trained in film, but have passion to see their stories on screen and the drive to help in the process. Together, they lovingly crafted 195 Lewis into reality.

Pearson told the website No Film School that one of the strongest examples of this was the show’s music choices. She recounts, “A really good and dear friend of mine, Ryann Holmes, is the co-founder of Bklyn Boihood, which is a collective based in Brooklyn… I just reached out to Ryann, knowing she has her ear to really talented artists… She came through with an amazing list of artists whose work is now featured in the show. All the musicians are folks of color, queer folks of color, trans folks of color. The music is truly reflective of the community”.

That sentiment of community ethos is echoed by show co-creator Rae Leone Allen. She reflected to Broadly, “we love our community and we wanted to see that depicted.” I think they nailed the mark. 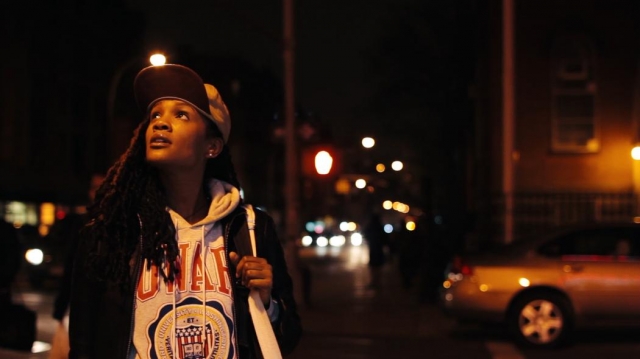 I lived in Brooklyn for most of my 20s. I’ve flirted in house parties and fundraisers identical to the ones depicted in 195 Lewis, parties that were often hosted by Ryann Holmes’ Bklyn Boihood. I have brought the extra mimosa supplies to these brunches. Like Kris, I viscerally remember the pain of walking up freezing cold Fulton Street looking for Lewis Ave. It feels like miles when you are carrying heavy bags and can’t find the address on your phone. My first apartments had the same brownstone stoops and white column detailing as the ones we see on screen. The A/C Train, a major thoroughfare in and out of Bed-Stuy, was my daily commute. Hell, I even recognized some of my old acquaintances as background extras throughout the series.

When I watched 195 Lewis last weekend, I admittedly struggled wrangling my intense feelings of familiarity, nostalgia, and longing away from a more unbiased critical viewpoint to write this review. What I can say, with the utmost love, is that this series feels like Brooklyn. It feels like the Brooklyn that raised me and protected me as a young woman. It feels like Sisterhood. It’s funny and smart and bright and challenging.

You can stream the entire first season of 195 Lewis at 195Lewis.com.