On November 2, 2013 in Dearborn Heights, Michigan, 19-year-old Renisha McBride knocked on Theodore Wafer’s door in the middle of the night, lost and seeking help. Wafer shot her in the head. Today, he was found guilty of all three charges brought against him: second-degree murder, manslaughter and felony firearm. 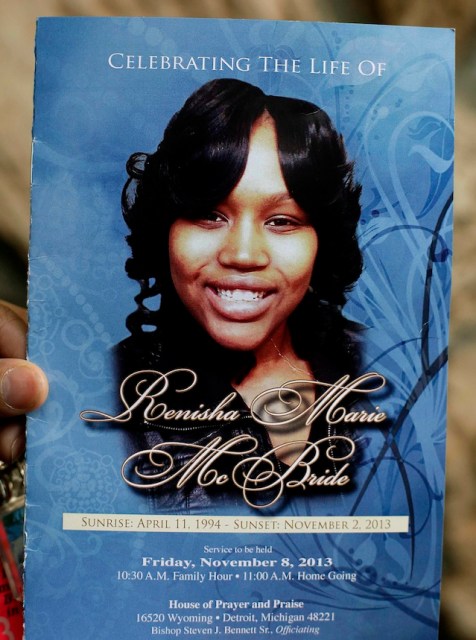 Wafer’s testimonies of what happened that night are inconsistent — he first said he accidentally discharged the gun, before claiming he acted in self-defense. Wafer testified that he believed his house was being broken into because of banging on his front and side doors. Rather than calling the police, he opened his front door. Shortly thereafter, he shot McBride, who was unarmed, through a locked screen door. After Wafer shot her, he called 911. The prosecution argued he acted recklessly.

Coming a year after George Zimmerman’s acquittal for the murder of 17-year-old Trayvon Martin — the two cases have often been compared, both because McBride was black and Wafer is white, and because both Wafer and Zimmerman killed in states with laws that allow the use of deadly force in situations of self-defense — Wafer’s conviction offers some relief for McBride’s family and supporters. Unlike Zimmerman’s case, this conviction breaks from the pattern of white people being allowed to justify violence against black people by claiming they somehow brought the attack on themselves.

Which isn’t to say that victim-blaming wasn’t present in the Wafer trial, or that Wafer’s fear isn’t being offered to temper the fact that he killed an unarmed 19-year-old, or that we no longer have a racist criminal justice system. The defense tried to claim that because McBride was drunk at the time of the shooting, Wafer was somehow justified in firing his gun. Additionally, in the reporting since Wafer’s conviction was announced, news outlets have emphasized the fact that she was drunk. AP tweeted a perfectly ok headline, before adding that McBride, “showed up drunk,” while the New York Times quoted Wafer saying, “I was scared,” in their headline. 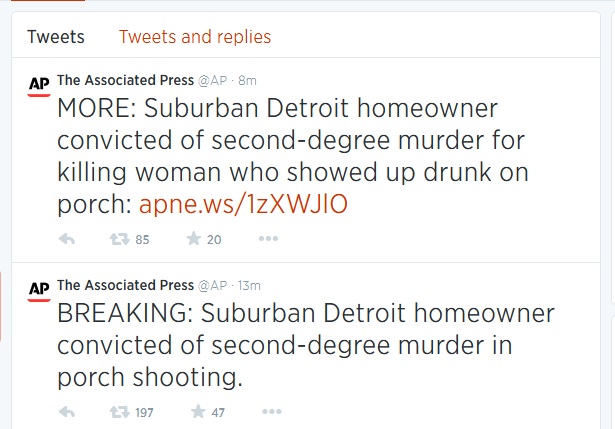 Though race didn’t come into the case itself, it hasn’t been absent from the discussion around it. We live in a world where it is horrifyingly common for white people to feel justified in the end or disruption of black people’s lives if it means they will be less scared. And thus, we have rampant criminalization of black Americans, and the relatively common occurrence of white people killing black people because they felt afraid, with little to suggest they are in actual danger. See also: Zimmerman and Michael Dunn. It’s practically routine to expect this kind of thing now. Mainstream media rarely covers it, and when they do, usually they humanize the white person and victim-blame the black person, as we saw in this case. 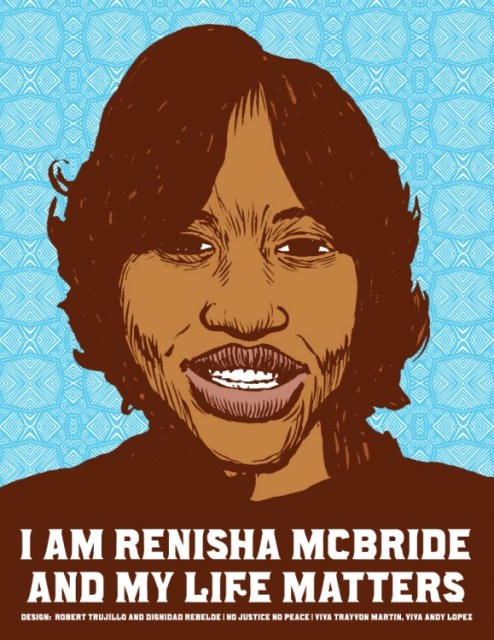 While Wafer will be sentenced later this month, McBride is still dead, and we still have a society where it’s surprising news when a white man is convicted of the murder of a black woman. McBride will likely, tragically, infuriatingly, not be the last black person to die because of a white person’s fear.