Welcome to the Autostraddle Team Movie Watch, in which our entire TV Team (we don’t have a Film Team, so we’re multi-tasking here) weighs in on a thematic set of lesbian/bisexual films! Because we contain multitudes! This week’s edition: Coming-of-Age! This isn’t every coming of age film, just a small selection. 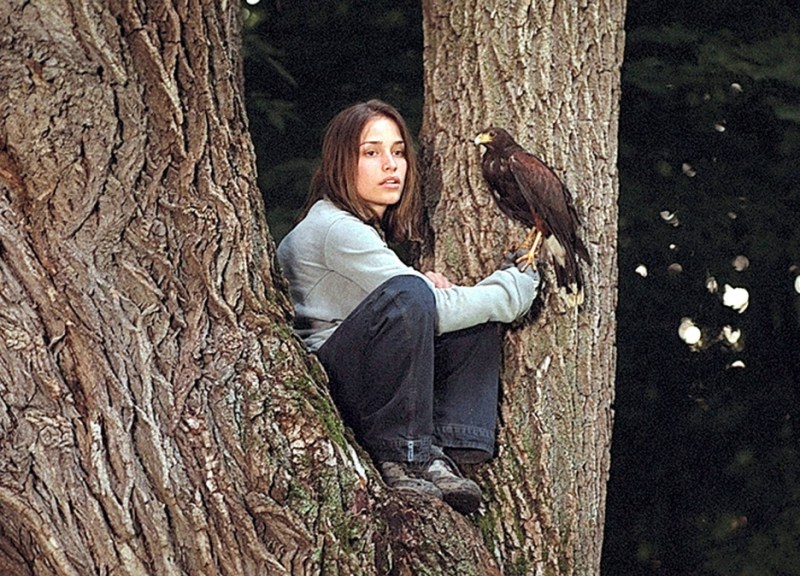 Riese’s Autostraddle Review (2009): “Paulie, when not literally nursing a random wild bird back to health, is gallivanting about campus with zealous baroque literary zeal and trust me — I like a good mental illness movie, but this ain’t it. Instead of witnessing anything resembling genuine emotional transformation, pain or complication, we get a litany of Shakespearean allusions.”

Valerie: “This movie came to me in a time when I was depressed and closeted and for a long time I used it as a litmus test for whether I was totally numb or not so it will always have a special place in my over-dramatic, Piper Perabo-loving heart.” (6)

Heather “At least 45% responsible for the Bury Your Gays trope.” (3)

Riese: “Overwhelmed by raven metaphors and heavy-handed English lit class parallels, this movie is, while well-cast and delicious, is objectively one of the worst films I’ve ever seen.” (1)

Drew: “Is this movie melodramatic? Is the symbolism heavy-handed? Is it filled with whiny teenagers overreacting to everything? Sure. Just like a little play called Romeo & Juliet! OKAY. HEAR ME OUT. Piper Perabo’s Paulie Oster quotes Shakespeare repeatedly throughout the film because she relates to the theatrical emotion. This movie feels like it was made by teenagers in a really pointed and beautiful, and yes, sometimes silly, way. Maybe I’m over-intellectualizing to justify my crush on Piper Perabo.” (9) 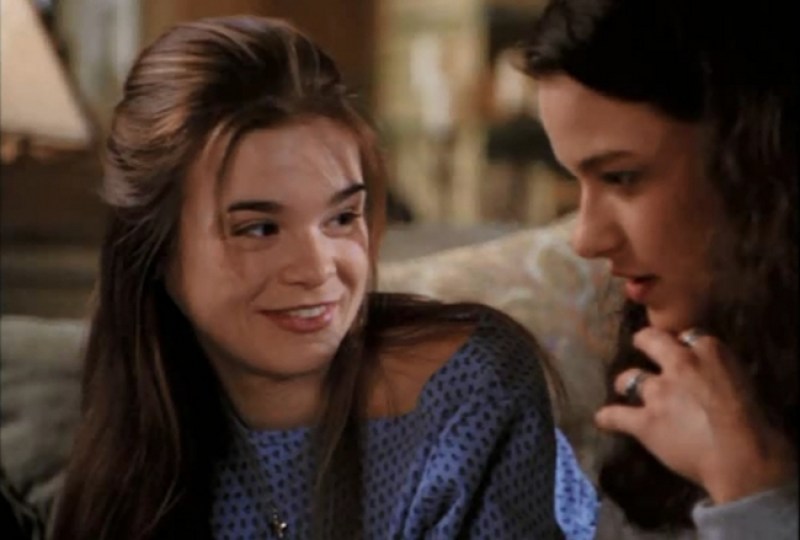 Heather: “It’s a Lifetime lesbian coming-of-age movie made in George W. Bush’s America; that pretty much says it all.” (5)

Riese: “The made-for-TV issue-of-the-week format isn’t known for its intense cinematic quality but this movie did what it set out to do and did it well. ” (6)

Laura’s Autostraddle Review (2009): “Like all bad girl stories, this one ends with a bucket full of lies, but it’s all the spinning out of control that makes this movie feel a little bit magic and a little bit real.”

Riese: “A sweet sunny story that eventually unfolds into a twisted mess but the journey was surprisingly delightful, for its time.” (7) 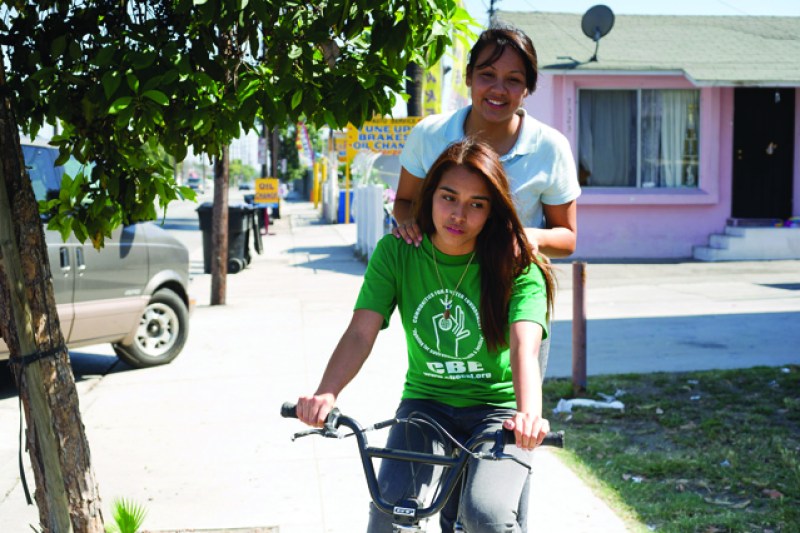 Gabby on Autostraddle (2012): “…[it dives] into our DNA, finds the bits that make us who we are and blasts them onto the screen.”

Carmen: “A quiet queer Latina coming of age that’s sure to warm the heart of any nerd who had a crush on the “bad girl” in high school.” (9)

Heather: “Sweet and tender and aching, just like falling in love with your best friend for the first time in real life.” (8)

Natalie: “Written and directed by Aurora Guerrero, this is the beautiful coming of age story about a friendship that grows into something more.” (8)

Riese: “Very cute and light but definitely leaves you yearning for it to go just a little bit farther into the story than it does.” (7) 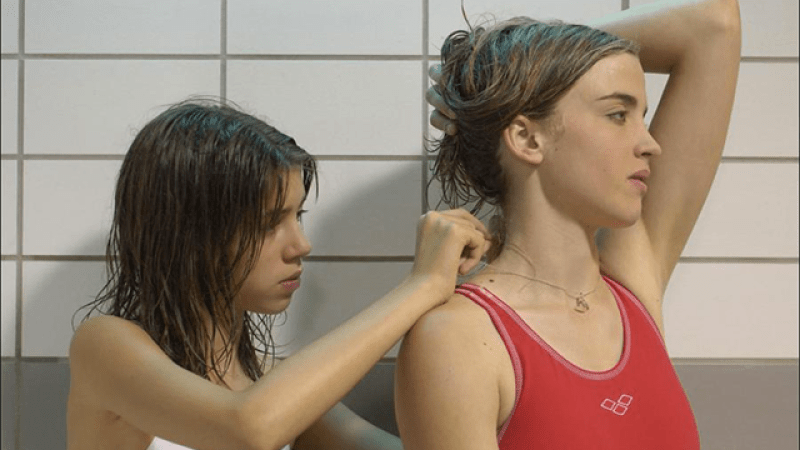 Drew: “Céline Sciamma’s filmmaking, her delicate approach to characters paired with her inventive yet grounded visual style, arrived fully formed in her debut. This film feels really personal and I think that’s why it’s her best.” (10)

Heather: “A provocative French coming-of-age story about a lesbian that doesn’t end in tragedy! A miracle!” (9)

Riese: “I think I was stoned when I watched this at my friend’s house on a Netflix DVD and I remember being a little confused, which was probably on me?” (8) 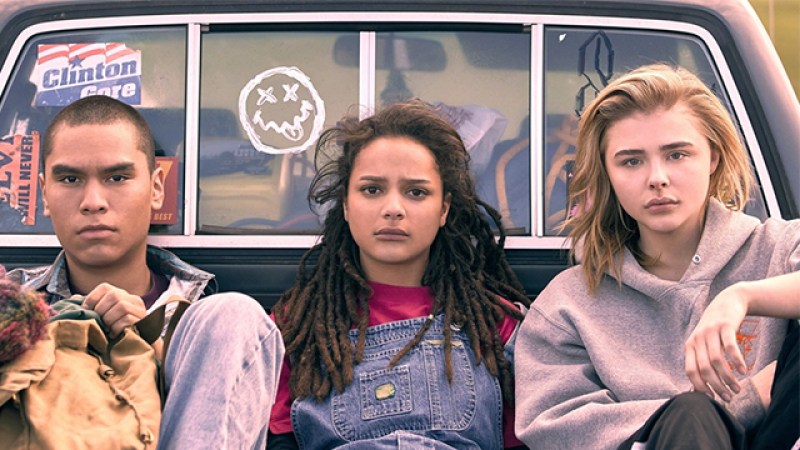 Heather’s Autostraddle Review (2018): Moretz’s performance is understated, assured… Watching her watch Desert Hearts to watch her best friend’s reaction to it is one of the realest things I’ve ever seen on-screen.

Drew: “I adore Desiree Akhavan’s sense of humor and her understanding of queer trauma. Using Cameron’s experience of conversion therapy, Akhavan explores the ways most queer people have doubted our truths. I do wish a Two-Spirit actor and a disabled actor had been cast and I wonder if that would’ve made Cameron’s friends’ stories feel as alive as hers. But as is I still think this is an all-time great queer film. ” (9)

Valerie: “This movie was so powerful and stunning and tragically beautiful, though I can’t help but compare it to the book because of who I am as a person and it fell JUST short of my expectations, which is the only reason it didn’t get a perfect score from me.” (9)

Kayla: “The silences in this movie are some of the most striking parts, and Desiree Akhavan is one hell of a director.” (8) 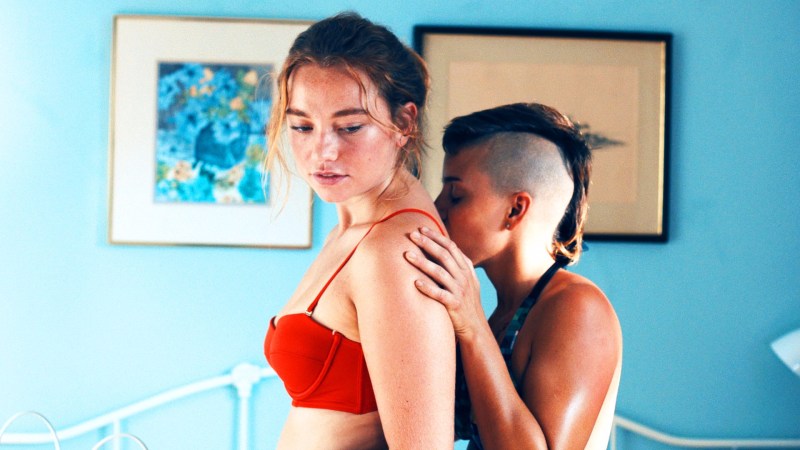 Heather’s Autostraddle Review (2017): “Princess Cyd is quiet almost to the point of stillness and deeply generous. It believes women will heal each other and their communities. It hopes.”

Drew: “This isn’t a movie. It’s a warm candlelit bath. And you’re reading an enjoyable, intellectually stimulating book. And that book has pictures and the pictures are of Jessie Pinnick in a tuxedo.” (10)

Heather: “A talky, delicate, hazy summer days indie about two women — a teen named Cyd and her single aunt — who discover more about themselves as they learn about each other. ” (10)

Kayla: “This movie is an insightful, understated character study with brilliant performances.” (9) 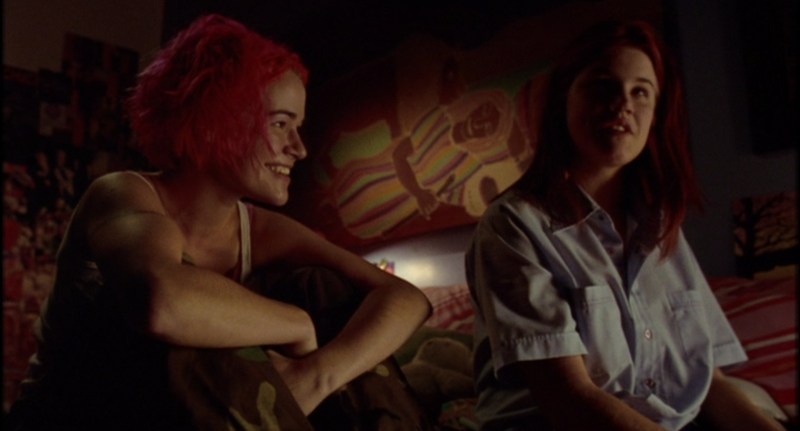 Riese’s Autostraddle Review (2009): “In All Over Me, Ellen’s recklessly flirtatious teasing of her best friend and freestyle application of sexual power rings precisely and powerfully true.”

Heather: “This movie was revolutionary in its portrayal of a lesbian who comes of age inside a very confusing relationship with her best friend; two decades later, it still holds up.” (9) 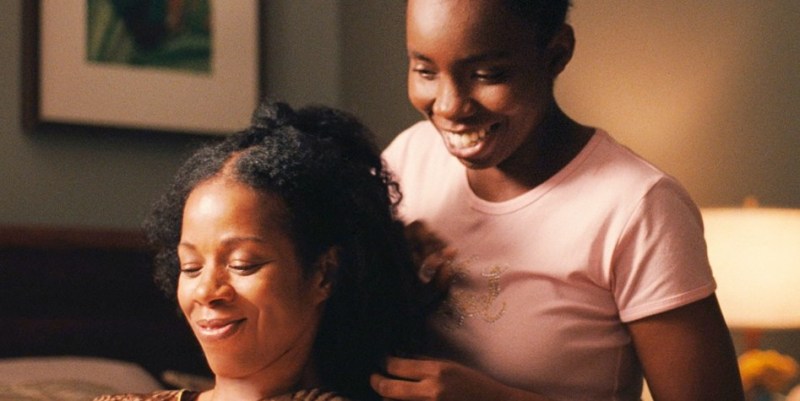 Spectra’s Autostraddle Review (2011): “…whether or not you are part of the LGBT community, expect to “aww” and cringe several times per scene, as both the acting and directing create a winning combination for unlocking the most powerful tool in social change: empathy.”

Drew: “Dee Rees is one of THE great contemporary filmmakers and her debut shows why. Pariah sticks pretty closely to classic coming-of-age story beats, but it’s just SO GOOD. Adepero Oduye’s performance is amazing, Bradford Young’s cinematography is his best work, and the soundtrack is fantastic.” (10)

Kayla: “Dee Rees is an incredible writer and director, and Pariah is a FEAT.” (10)

Carmen: “Dee Rees’ talent is undeniable, and Pariah is her magnum opus; it would be hard to find a more authentic portrayal of young black queerness of film. (10)

Natalie: “Written and directed by Dee Rees, Pariah is, as Lena Waithe once said, our “Moonlight.” (9)

Heather: “Just when you think lesbian coming-of-age stories have nothing new left to say, Dee Rees sweeps in and coaxes a stunning, raw performance out of Adepero Oduye in a timeless story that somehow feels fresh.” (8) 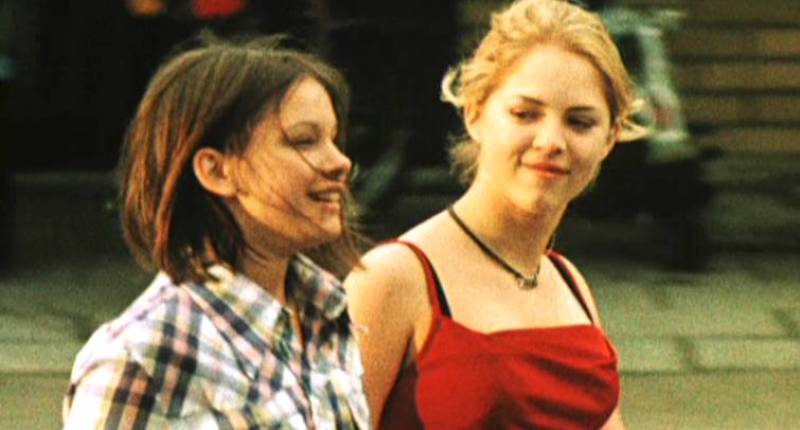 Lily’s Autostraddle Review (2009): “Quiet throughout but with a feel-good resolution; Fucking Amal leaves you giddy with first-love nostalgia and no Celene Dion songs stuck in your head.”

Drew: “Mean-spirited, angsty, and oh so sweet this is a triumphant queer romance that earns its happiness. ” (10)

Heather: “This coming-of-age story is a cut above the rest: sweet and real and surprising, with better-than-average acting.” (9)