This is dedicated to those who are just trying to make it through every day. Those peeling themselves out of bed, climbing uphill through daily tasks, Zoom catch-ups, and yet another day of being indoors. This month’s entry is not a call to action, but instead it’s a balm, a reminder that among the many things we must classify as essential, poetry is essential too. Last month, when I decided to focus on “Poetry is Not a Luxury,” it wasn’t in anticipation of all we might distance ourselves from, but rather because poetry can sustain us through each and every one of our circumstances.

We now find ourselves living in an era of indefinite social distancing, a phrase new to most people that’s become part of our everyday vocabulary. A way of neatly summing up the necessary actions and inactions we must take as a measure of care, and as part of a global community. Social distancing often feels like a series of “don’t”s that organize where we go and with whom we interact. Faced with an unprecedented global pandemic, many seem to find themselves spurred to action in a crisis, feeling the urge to do, to move. But as my partner recently said to me, being still is also an action.

It’s been gratifying on an almost cellular level to find that queen mother Audre Lorde can so frequently speak to the times and the places in which we find ourselves. Her final book of poetry, The Marvelous Arithmetics of Distance, is no exception. Penned from 1987 to 1992, The Marvelous Arithmetics of Distance emerged in Lorde’s last years as she contended with metastasized breast cancer that would ultimately end her life in November 1992. With those years spent between Berlin, St. Croix, and the United States as Lorde traveled, taught, and sought treatments for her cancer, each poem visits themes of death, family, desire, and womanhood.

In an interview from Berlin, Lorde said she wrote The Marvelous Arithmetics because she didn’t expect she would have another book. She said upon reviewing her journals and collections, “ there was a shape that was emerging. And it was exactly that, of […] how difference alters, in other words, how perspective alters the ways in which you perceive difference. From place to place.” She goes on to explain that she chose to call this process “arithmetics” because arithmetic comprises “the basic ways in which you combine numbers. I want to talk about the basic ways that distance alters the way we see. Mathematics frequently deals with theoretical relationships. But arithmetic deals with a kind of pragmatic actuality.” 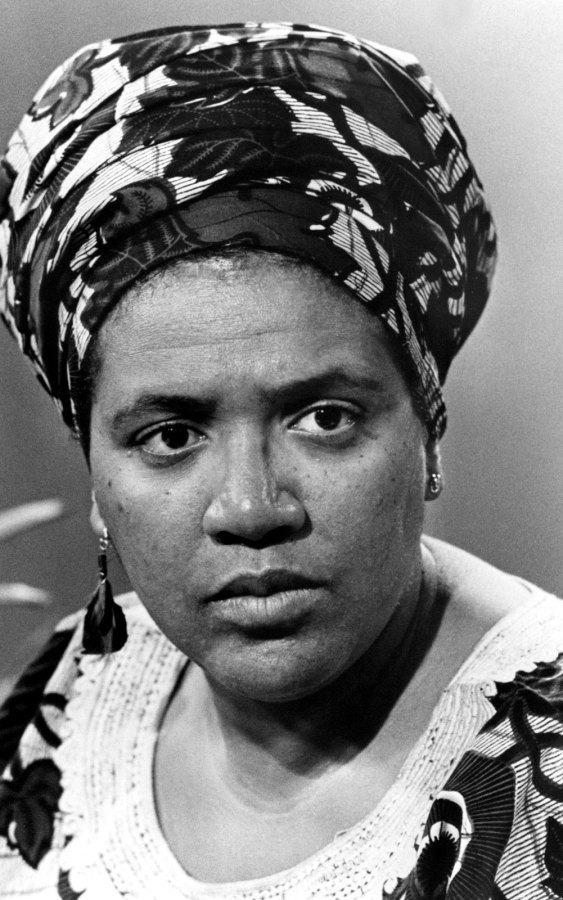 For those who are like me — who have found the abrupt distancing from family, from friends, from loved ones, from sources of income and other forms of support to be overwhelming and isolating — let Lorde’s message soothe and embolden you. Even while facing certain death and the uncertainty of what comes after, Lorde lived what she wrote, confronting the fullness of her emotions and experiences to poetically transform them into something beautiful and healing.

I love those last two lines about reckoning and distance. I think this is Lorde’s acknowledgement of the pain of any sort of rupture. Here I think to the platitudes offered when people don’t know what else to say in the face of pain: “This too shall pass.” Or, “time heals all wounds.” Rather than looking beyond the pain of the rupture, rather than looking into a future that resembles something we consider normal, Lorde asks us to consider what this rupture can teach us. How we might settle into the discomfort of distance.

There is a timbre of voice / that comes from not being heard / and knowing   you are not being / heard   noticed only / by others   not heard / for the same reason. / The flavor of midnight fruit   tongue / calling your body through dark light / piercing the allure of safety / ripping the glitter of silence / around you / dazzle me with color / and perhaps I won’t notice / till after you’re gone / your hot grain smell tattooed / into each new poem   resonant / beyond escape   I am listening / in that fine space / between desire and always / the grave stillness / before choice. (From “Echoes”)

When I first read this poem I thought that surely Lorde was referencing the voices of marginalized folks who too often go unheard, often brought together by our shared experiences of being ignored. And while this may be true, further readings got me thinking that these verses could also be read as a confrontation with one’s self, with one’s unspoken or unacknowledged desires.

One thing that has become apparent to me in the midst of this pandemic is that so many people are uncomfortable being alone with themselves. Distance in this case is the space they put between themselves and the mirror, clinging to whatever can provide the “allure of safety.” The poem’s sexual and sensual overtones are apparent, but I wonder if what is also at play is the choice between giving into those desires or making a more difficult, less safe choice of facing that which has gone unheard, perhaps within one’s own mind.

Through the core of me / a fine rigged wire / upon which pain will not falter / nor predict / I was no stranger to this arena / at high noon / beyond was not an enemy to be avoided / but a challenge / against which my neck grew strong / against which my metal struck / and I rang like fire in the sun.

I still patrol that line / sword drawn / lighting red-glazed candles of petition / along the scar / the surest way of knowing death is a fractured border / through the center of my days. (from “The Night Blooming Jasmine”)

This is yet another example of how Lorde’s living aligned so seamlessly with her writing. While Lorde speaks explicitly to her terminal cancer here, pain is no foreign concept to her as a Black lesbian woman and mother. For many of us, too, this pandemic hasn’t necessarily borne new pains as much as it has reopened old wounds. The feelings of loss, isolation, depression, and more that many of us are now facing aren’t theoretical or buried in some far-off past; they are proximal and constant.

Lorde’s bravery in facing her own pain, in deeply acknowledging death at the center of her days provides me with a measure of hope that my own pain is something I can face.

New Year’s Day 1:16 AM / and my body is weary beyond / time to withdraw and rest / ample room allowed me in everyone’s head / but community calls / right over the threshold / drums beating through the walls / children playing their truck dramas under the collapsible coatrack / in the narrow hallway outside my room

How hard it is to sleep / in the middle of life. (from “The Electric Slide Boogie”)

As hard as I’ve resisted the (mostly capitalist) imperatives to keep on moving, keep on working, etc. — what’s beautiful about this poem is the reminder that life goes on. I’m finding this refrain really helpful in gaining new perspectives on the circumstances under which we now live. Yes, there is death, and loss, and pain. But there is life, there is beauty, too, in the urges we feel to connect, to see and be seen, and to reach out and hold each other.

What poetry are you finding or creating to address our new reality? Please let us know in the comments.