Hi, I could really use some help. I’ve known that I liked girls since I was 9, and I can pinpoint the moment in time it hit me: I met an amazing girl and was a complete goner. Somehow in my young mind I knew that this was a person that I would be happy to spend the rest of my life with, but it was the classic “in love with my best friend story”: she’s straight . I came out to her and the rest of our friends when I was 15, and while the news was receive well by everyone, she and I began drifting apart. Our friendship ended quietly when she started subtly being mean to me and I gave up trying. I was hurt and heartbroken, but there wasn’t much I could do. She was done so I had to be done too.

And now, after many years of not speaking we are suddenly having to see each other. Turns out I’m pretty hurt from the way she treated me near the end but still attracted to her so every interaction is very uncomfortable for me, but I can’t avoid her anymore. My therapist thinks I should tell her everything so we can both move on from this weird limbo, but I think that would make things worse (besides I’m sensing that she might already know that my feelings for her were not platonic). I’ve been told I need hook up with other people to distract myself, but that seems unhealthy seeing as I’ve never had sex with anyone before.

So here’s my question: what does one do to when they find themselves still pining for their ex-best friend (who was kind of shitty to them) and they can’t escape?

HEY you’re not still attracted to this person. You think you are because your subconscious is replaying the only loop of feelings it knows for her — the crushing, the hope, the pining, the anger, the sadness. But all of those feelings are from 15 year-old you. You’ve had no interactions or dealings with this person since you were a teenager, and so there’s nothing else for your subconscious to go off of.

You have a couple of options: 1. Go with what your therapist suggested and just get it all off your chest. Tell her everything — how you felt, how what she did hurt you, how you never really processed or got over it because now here it is, like a raging party you left at 3am in 2005 and then walked right back into in 2017 and the same fucking song is still playing and you’re doing nothing to turn the music off or turn the lights on or clean up. And then see what she says. Or! 2. You can spend some time recalibrating your take on this relationship. 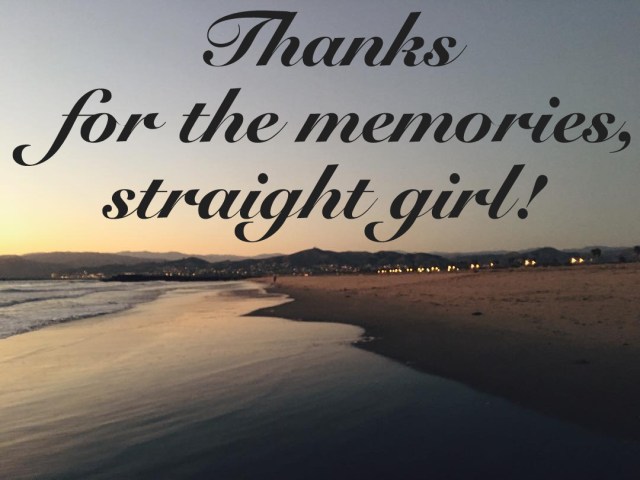 Somebody or something had to be that catalyst for you realizing you were gay, and it happened to be her. To you this was a milestone, to her being friends with you was just another part of her childhood. That’s not a super balanced exchange, but it’s no one’s fault. This woman is, for better or worse, the other side of a huge thing that happened in your life, and no matter what you do, that experience will never be the same thing for her as it was for you.

So let’s look at where it’s gotten you. In addition to coming out to yourself, you also learned some coping mechanisms through the course of this relationship, and so you learned even more about yourself and the world and how you process it. You learned to pick up on subtleties. You learned your breaking points. These are all very important things! You grew! Be grateful for and proud of yourself here. You lived through a thing and came out of it with more than you had going into it.

Pluck this girl from the pedestal your subconscious keeps trying to put her on, then put yourself up there instead.

In May my ex partner broke up with me. I was really heart broken at the time but looking back on it now the relationship was really unhealthy. We took some time apart and then became friends again since then and while on the outside it’s been pleasant, I still feel as though our friendship is retaining the same toxic power dynamic.

I’ve brought this up with them a few times, but while my ex has acknowledged this is happening they haven’t really changed their behaviour much. I try and be as friendly as possible but when we hang out it just feels like I’m a nuisance to them. At this point, I’d almost rather they just tell me they don’t want to be friends. The weird thing is, whenever we have discussions about this they ask me to be more active in our friendship or more vulnerable, they say they’ll reciprocate but they never do.

I’m not sure what to do anymore. This friendship is making me feel really ashamed and unloveable, and its not helping me move on. I’m not even in a relationship with this person anymore and I feel clingy. It’s really destroying my self-esteem. At the same time, they mean a heck of a lot to me and I just don’t understand why we cant go back to how we were before we’d even dated and we were just good friends without any weird power dynamics.

This isn’t a friendship, it’s a super gross unhealthy extension of whatever you two were doing before, but even more insidious in that it’s masquerading as a friendship. Friendships don’t make you feel ashamed and unloveable. Toxic relationships that need to end, on the other hand, are really good at doing exactly that. The weird power dynamic you’re dealing with will still be there as long as at least one of you isn’t trying to fix it. Right now it seems like you’re the only one putting in the work, so nothing’s changing, and that is bullshit and bad and you deserve better. 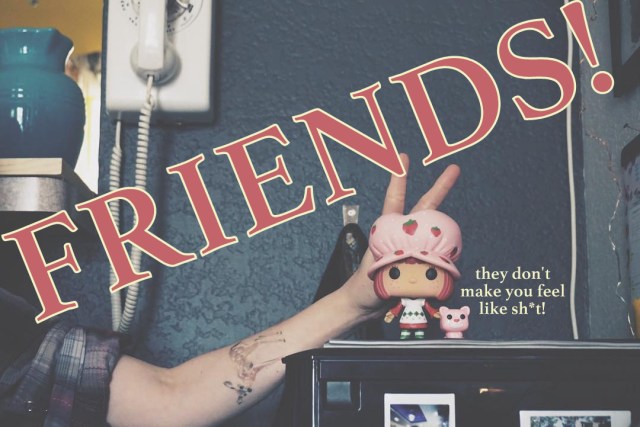 It’s also important to remember that no matter what, you’ll never really be able to go back to how you were before you dated, because you’ve dated. Time has passed and experiences have been lived. You can be something different together — maybe even something resembling what you were before — but you can’t be the same as you were in the past. None of us can, actually.

As a woman who lives all the way out in Arizona and has never even seen your face and only knows a small part of one side of this story, I feel confident telling you that this person does not have your best interests at heart and you could probably find a better friend in the parking lot of PetSmart this afternoon.

I’m supposed to be a bridesmaid in a very conservative wedding. I said yes a while ago to a friend that I’ve always “agreed to disagree” with. But since then I’ve come out as bi/pan to most people in my life and I have a girlfriend. The bride doesn’t know because it seemed safer to tell her after the wedding because I’ve heard her say homophobic things about sin and hell.

But things have gotten more complicated. I injured my leg and when I told her about it and asked if I could sit for the several hour long ceremony she told me I shouldn’t be a bridesmaid anymore. I’m hurt that she would kick me out of her wedding because I’m injured and I’ve already spent a lot on her gift, a flight there, etc. I’m not sure I can change my flight either (I had to be there several days early as a bridesmaid and I’m supposed to share a hotel room with her, I don’t think I can afford a room myself). My friends said if I don’t go to her wedding at all now I’m probably throwing away the friendship. I feel like she’s the one doing that by kicking me out over something I can’t control.

More than that, I’m afraid that if I go as a guest or try to suck up the pain to stand during the ceremony as a bridesmaid, that she will ultimately reject my friendship anyway when I do come out to her and I don’t want to put in all this time for nothing. If she rejects me for an injury it seems easy enough to reject me for being queer too since I know she thinks that’s a sin. I don’t know what to do.

Ayyyyy. I humbly submit that your first order of business is calling about your flight. Just see what the deal is there.

And wow yeah, she does sound like the kind of person who would reject you because of your queerness! What do you want to do? Like what feels like a decision you could live with. If I were in your position, I would slap a shipping label on that gift and take myself out for a milkshake. If I were in your position and feeling especially obligated for some reason, I’d change my flight to arrive closer to the actual wedding date, get my own hotel room, and be the cutest happiest friendliest son of a bitch at that party, where I would talk openly about my darling girlfriend and share my thoughts on a single-payer system and how abortion bans are class warfare, then leave with an air of smug superiority the likes of which that town had never seen. 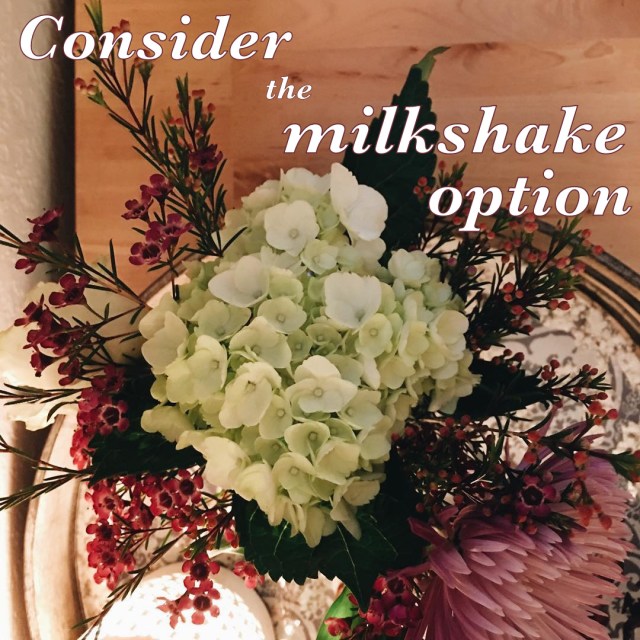 Do what makes you feel like the best version of yourself, whether that’s protecting your feelings by not attending, or taking one on the chin to avoid a fallout. Make the decision you can live with, but above all else please know that you deserve friends who care more about your injured leg than the optics of a wedding party. Also, you know who has ceremonies that last for several hours when that shit can easily be handled in 45 minutes or less? Showboating assholes, that’s who. THERE I SAID IT.