But I would like to talk about representation as an artistic subject.

Abby McEnany’s new show Work in Progress – which she co-created, co-writes, and stars in – is unlike anything else on TV. Our protagonist is Abby, a suicidal mid-forties self-identified Queer Dyke who is masculine and fat and has OCD and herpes. Her love interest is Chris (Theo Germaine), an early twenties trans man who can’t afford top surgery or a license change, but is nevertheless filled with confidence, sexually and otherwise. 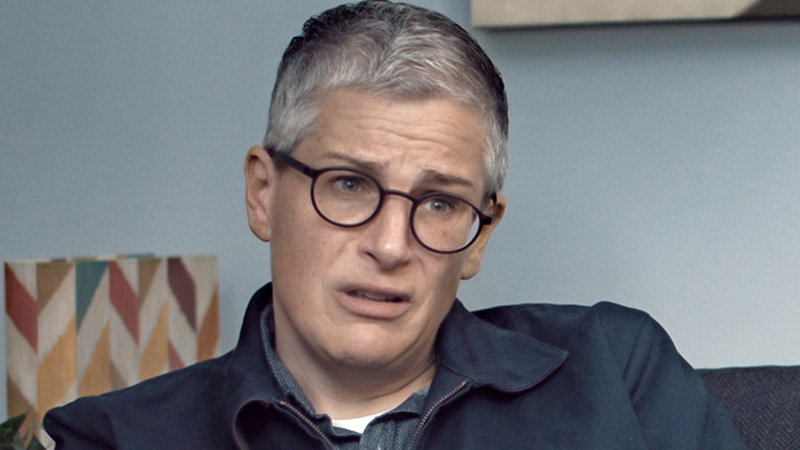 This is where I’m supposed to talk about how the writing is sharp and funny and gush about McEnany’s performance and Germaine’s performance and praise the interesting structure and blah blah blah. I’m not being flip because those things aren’t true – I’m simply questioning the impulse I have as a critic to explain that this show is good not because of its representational milestones but beyond them.

The fact is what makes Work in Progress not just a good show but great a one is its unique perspective. Telling stories never seen on screen before results in creative possibilities that are rich in detail and exciting to watch. Allowing someone as funny and weird as McEnany to make a show that opens itself up to all the facets of herself is such a gift to us all. People are so much more interesting than we usually get to see. Whether or not you share any experiences with Abby or Chris simply getting to watch the intricacies of their lives makes for compelling television.

By including so many different parts of her identity – and placing herself in contrast and connection with another type of person rarely on TV – McEnany makes it harder for any of those facets to be reduced. This isn’t the butch show or the OCD show or the trans guy show. It’s the Abby and Chris show.

And oh my what a joy to watch Abby and Chris fall in love! It’s thrilling to see a butch dyke and a trans man connect and their biggest points of conflict are their age difference and that one of them keeps getting injured because she insists on having sex with the lights off.

Or after their first date when Chris asks to come up to her apartment to “use the bathroom” and she makes him wait outside for five minutes so she can clean up because the possibility of him coming up hadn’t even crossed her mind. And then she doesn’t even put away the almonds she’s been using as a daily suicide countdown!

The show is aware of its larger representational importance. Julia Sweeney plays a version of herself who Abby confronts due to the trauma of Sweeney’s androgynous SNL character Pat. Abby explains how that character mocked gender non-conforming people and says they ruined her life. Sweeney has to reckon with that legacy. 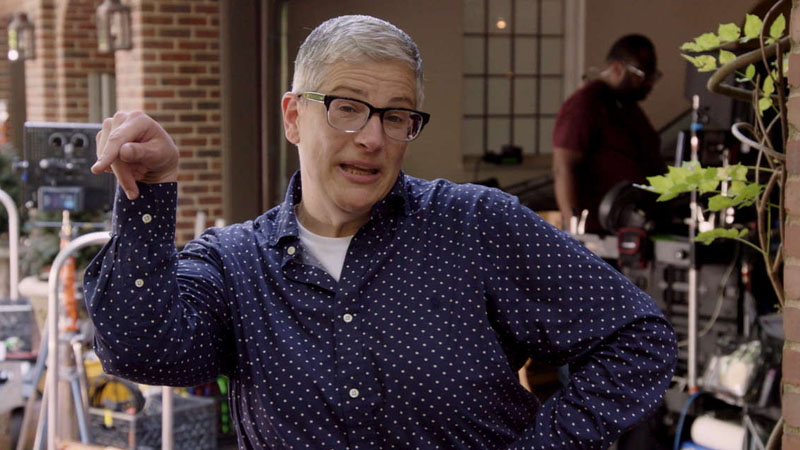 But here we are 25 years after It’s Pat: The Movie and instead we have this weird and wonderful show that dedicates an entire episode to difficulties Abby and Chris face in bathrooms. Once again, the conversation deepens. It’s not simply that Abby is gender non-conforming. It’s that her OCD causes her to wash her hands repeatedly so she isn’t even able to go in and out quickly. After one case of harassment she bemoans to her friend, “I even did my HI HOW ARE YOU voice so she could know that I’m–“ “Julia Child?” her friend cracks responding to Abby’s high pitch performance.

What a treat to get a window into these lives and discover their unique comic and dramatic possibilities. There’s no need to pretend that praising this specificity is some sort of reduction. Work in Progress is great television – it’s great art – because of its identity.

Work in Progress premieres this Sunday at 11pm after The L Word: Generation Q.

Join A+
Related:showtimework in progress

Drew has written 299 articles for us.