I have some good news for anyone who likes it when sports slap prescribed feminine roles across the face. Women’s Boxing will be part of the London Games this summer! As much as sweaty half-naked women align with my interests, I’ve never been much into boxing. If someone threatened to punch me in my cranial region, I would immediately become one of those people that refers to their face as the “money-maker.” Similarly, I do not enjoy watching other people punch each other continually in the head. Don’t they know that’s where you keep your brain? 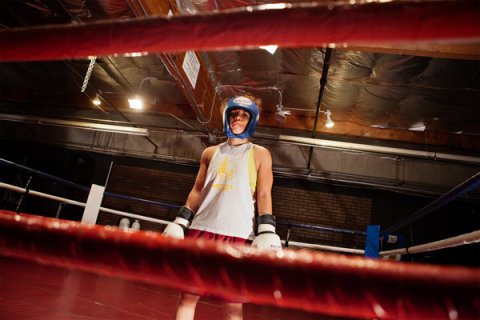 Men’s boxing debuted in 1904, so it only took 105 years for the International Olympics Committee to invite women to join the violence. In men’s continued efforts to ensure no one would ever confuse the sports for being the same, the women’s bouts will last two minutes and continue four rounds while the men have three three-minute rounds. There will be three weight classes (Fly Weight, Light Weight, and Middle Weight) compared to the men’s ten. 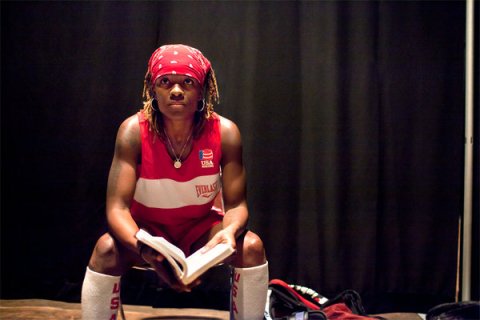 The addition of boxing bodes well for the quest for gender equality in the Games, but perhaps the best example is the simultaneous adding of Men’s and Women’s Rugby 7s to the 2016 Games. Slowly but surely sports have come to include a women’s side with the “manlier” or more dangerous sports taking longer to garner inclusion. It wasn’t until 2000 that Weightlifting was offered for women, and 2014 will see the first time women compete in Ski Jumping. Sexism continues to be eradicated on the most basic level by offering equal opportunities for men and women to compete in all incarnations of the Olympics. Unfortunately, I don’t think inclusion will be the end of the fight for female athletes. Events are constantly being shuffled and in the chaos, it could be easy to subtly undo progress made over the past several score. The presence of less popular and newly added sports depends heavily on growing popularity and a strong field of competitors. So if you have a niece, daughter, or younger sister, it’s never too late to start a career by punching them in the face. Just make sure I’m not around.