People, historically, do a lot of things. There were artists, construction workers, community leaders, religious figures, bakers,  and families, even way back when in the days of cavemen. But a recent discovery has triggered a new question: were there gay cavemen? And did they find one? Does being buried ‘like a girl’ make you a gay dude? And also, wait, what?

Salon did a good overview of the discovery of what was rumored to be “a gay caveman.”

What, you ask, led to such an intimate conclusion about a 5,000-year-old who was “outed by the way he was buried”? Did he have an especially neat cave? Was he laid to rest with a rainbow flag and some military discharge papers? Did the markings on his grave look like they were done by Tom of Finland? No, it was because he “was buried in a manner “normally reserved only for women.” Buried like a woman. That’s so gay!

Back in the day 2,900 to 2,500 years ago, when the man Fox News called a“stone age gender bender” shuffled off the mortal coil, the ladyfolk were laid to rest facing east, accompanied by such domestic knickknacks as jewelry and pottery. Dudes, on the other hand, met their maker facing west, accompanied by manly gear like weapons, tools, a copy of Maxim and a can of Axe body spray. And as the Telegraph  explained in its report on the “first homosexual caveman,” this guy was pushing daisies facing east, with a couple of jugs for company on the journey to the afterlife. 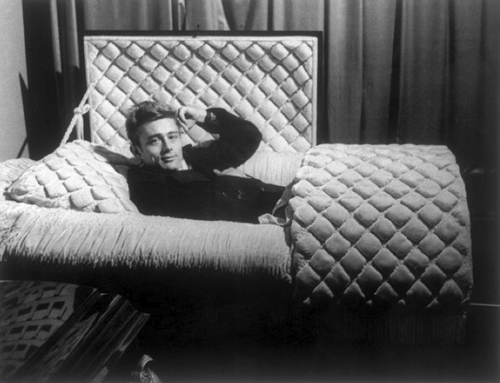 will being buried in this make me gay?

So here you have a man buried like a woman with womanly things for entertaining people in the afterlife, right? So, is he gay? Well, the thing is, he’s dead, so you can’t ask him. And what makes that the first question?

The reality is that this gender bending does indicate something surprising and interesting, at least from this vantage point. This is the first time this has happened! So THAT’S exciting. And it must, or probably does, indicate some sort of difference, so THAT’S exciting. But again- he’s dead, and you can’t ask him. So why is this the first question? And why are the other options: that he was a “third gender” or something culturally similar, that this is a burial tradition simply not discovered yet by archaeologists, that this person was the equivalent of trans*, or that this is irrelevant or an accident, being ignored?

The controversy over a “gay caveman” is just that, a controversy. In the end, it’s pretty magnificently silly, and until it’s been backed up by other discoveries, it’s kind of just a side note anyway. But hey, what do you want to be buried with? I’m going to set aside my lace-up boots like Sid Vicious. Do you think they’ll know I’m gay?