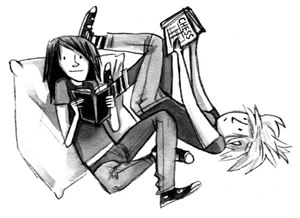 "They used the library computers to start a website where people could report UFO sightings in their city. They never got one email."

“We Are Become Pals!” is about Helen and Jane, two friends with cute haircuts who like science and talking about serial killers. They play chess, give class presentations on UFOs and learn how to pick locks together. The writing is blunt and clever, and the illustrations are adorable. Everything about this is so good. You will probably like it.

Written by the charming but twisted Joey Comeau of A Softer World and illustrated endearingly by Jess Fink, “We Are Become Pals!” is a story about two teenaged girls who have a healthy, intense friendship with each other. It’s not The Baby-Sitters Club; it’s a story about two people who aren’t afraid to be eccentric and creative together.

That’s what friendship is really about, I think: finding someone who you can trust and confide in but also relentlessly make fun of and do stupid things with. Helen and Jane remind me a lot of some of my friends, which I think should concern me, but it actually makes me really happy.

It’s hard to argue with the grandeur of lines like, “Please treat my friend the way you would treat someone with a regular-sized head.” Also, chapter 5 might be in my top five things I’ve ever read. Possibly even my top three.

Read all of “We Are Become Pals!” here. 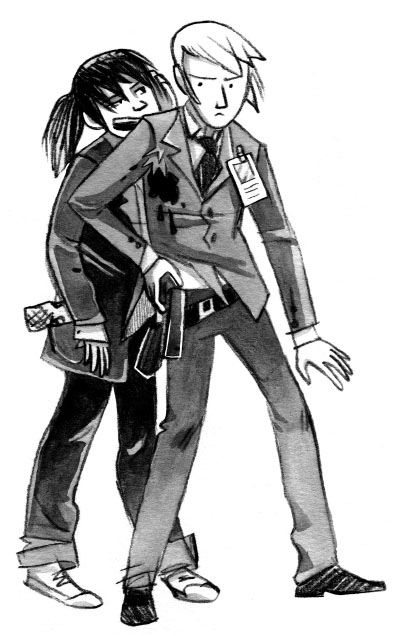 "This is how Jane and Helen met. It was the Halloween dance. They were both dressed as male FBI agents. "