What if I could become an orb of light, still me but shinier and less trapped? Is anyone working on the science for that? The obsession took off last year: a fascination with imagining another physical form that my being could obtain that wouldn’t feel like such a liability. I was starting to think seriously about medical transition, and top surgery most of all. It seemed, from talking to other trans people and doctors, that it would be expensive and painful. I was also afraid — am still afraid — that it won’t work. I fear I’ll be cut open and sewn back together and still feel gender dysphoria. Life as a non-binary trans person in a culture obsessed with binary gender will still be an uphill battle.

Being an earth-bound star with a soul seems like it would be so much simpler.

For years, I thought my gender was mine to grapple with. I tried to make it small enough to fit inside my journal. I did not pray to accept my body as it was or petition God for relief from my daily anxiety, fear, and shame. My gender, and by extension my body, was certainly no concern of the Divine. Now that I’m in divinity school, I’m thinking about the Divine pretty constantly. It’s hard to avoid seeing how everything connects.

The Rev. M Barclay’s reading of Genesis 1 provided clarity amid the spiritual identity crisis that has unfolded over the past two years, a seesaw between wishing my body was invisible and learning to cherish it. As quoted in Austen Hartke’s book Transforming: The Bible and the Lives of Transgender Christians, they explain:

“This chapter talks about night and day and land and water, but we have dusk and we have marshes. These verses don’t mean ‘there’s only land and water, and there’s nowhere where these two meet.’ These binaries aren’t meant to speak to all of reality—they invite us into thinking about everything between and beyond.”

Rev. Barclay was the first out non-binary trans person ordained as a deacon in the United Methodist Church after a years-long journey. With their reframing of Genesis 1, I wondered if perhaps God did care about my body. Perhaps I was part of the ever-unfolding story of creation. Perhaps (perhaps) my part of the story mattered.

This idea and the work of other queer theologians has helped me see my body not as a nuisance separate from my spiritual self but as intrinsic to my beloved createdness as a manifestation of the imago dei. I am coming to believe that my body is where my knowledge of the Divine lives—even when intellectual belief in God eludes me. It is the precious vessel that teaches me how to relate to the rest of God’s sacred creation. My body is a trans body, and that means trans embodiment is my sacred practice. My body has known for years that I would need top surgery one day. My body has known for years that to live it would have to change. 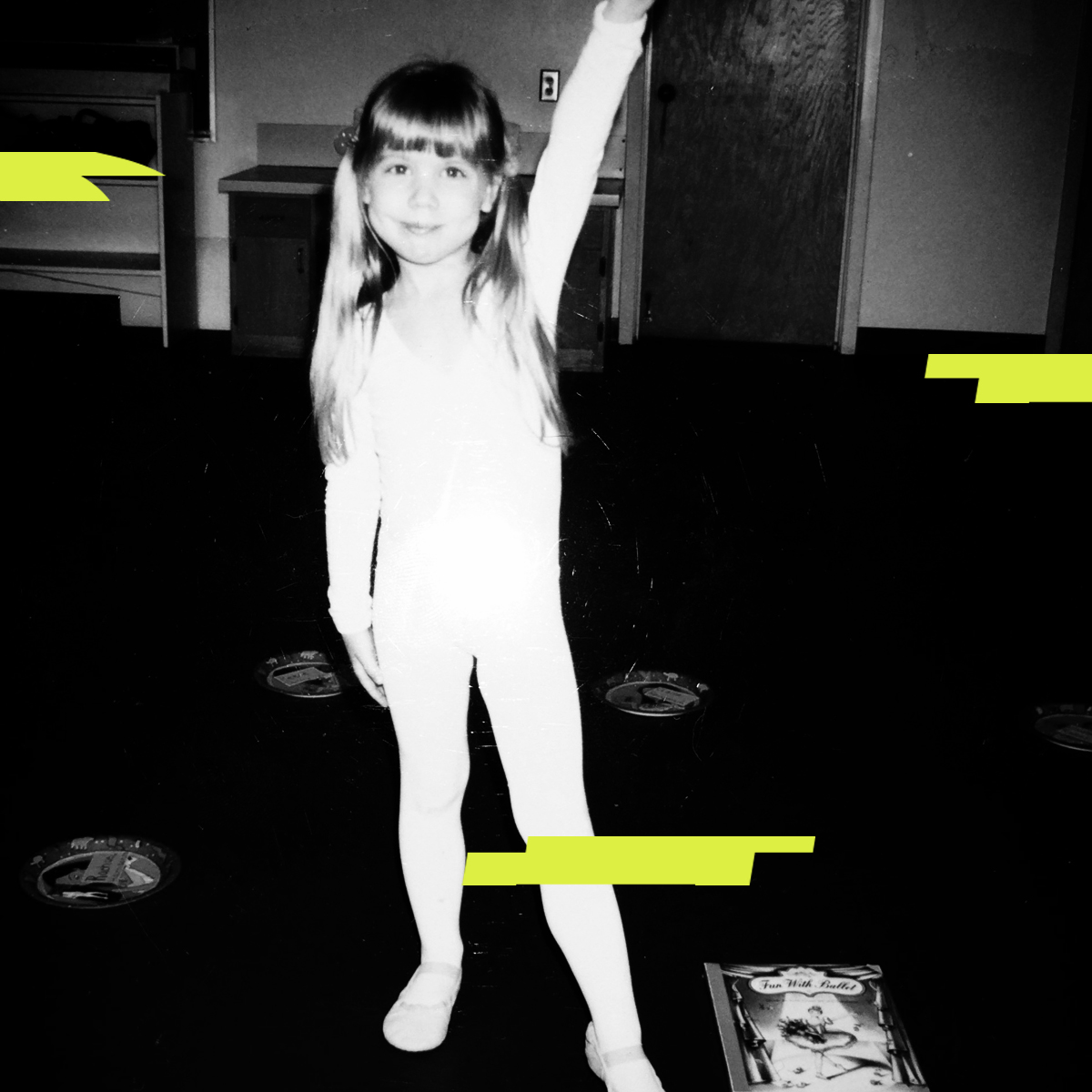 My body and the rest of me have always existed in unsteady peace. I don’t know if this was always a manifestation of gender dysphoria or if that layer came in its own good time. Some trans people can point to their earliest memories as a sign that something was up, but for me it’s not so linear (more on that here). In 2015 I started finding language for my unsettled sense of gender. I gravitated toward the term genderqueer and asked my very closest friends to use they/them pronouns for me to release the pressure valve. I wore a binder, first occasionally and then every day, even when my shoulders ached from the strain. I stayed closeted at work, church, and any place where I thought I was the only trans person. I was outwardly gender non-conforming but never whispered the whole of it to anyone I wasn’t sure I could trust.

I know all too well that people can become very volatile when someone challenges their understandings of gender, sex, bodies, and appearance. A few months after I started unpacking my gender baggage, I was at Operación Queer, an annual event in Managua, Nicaragua where I lived for a few years after college. I was feeling myself in my bowtie and gold glitter. My best friends and I danced to Lady Gaga and Thalía and drank $1 beers. Dancing has always settled me into my body, even when I was a terrible ballet dancer as a child, and I was raw and alive that night. It was all the more jarring, then, when a complete stranger demanded to know if I was a boy or a girl. I gave a non-answer, something like “it’s queer night, anything’s possible.” She pressed, and I demurred. Then she grabbed me, hard, between the legs, and said to her friend in a self-satisfied way, “See, I told you it was a girl.” I told her she had just assaulted me, found my roommates and left. I didn’t have the words to tell them what had happened. I understood in that moment that my body, which had always felt like a walking talking risk factory to me, was now also a threat to others. I kept wearing bowties and glitter, but I also put walls up so I wouldn’t get hurt.

I found myself constantly calculating whether and when to come out to people — when does the pain of secrecy outweigh the fear of rejection? When is the pain I know worse then the pain I can’t predict? Keeping my own secret felt like a way of having power over the situation; if I didn’t tell people about my gender, they couldn’t let me down. It turns out there are worse things than being let down, and drowning is one.

I began seeing a therapist who specialized in gender and gender dysphoria. I started telling some of my oldest friends about what I had been working on. I leaned on my partner, Wynn, whose own journey as a trans person has been so different from mine and whose care and patience helped me find my footing. At our wedding in the spring, our officiants used they/them pronouns for both of us, which was news to some of our guests that almost all of them welcomed with joy and curiosity. This summer, after four years of trying to keep vague that which my body knew with certainty, I loosened my grip. I changed my name in real life and on social media, came out at work, and prepared to start my masters at Vanderbilt Divinity School.

Before leaving Dallas, I asked one of my pastors if we could recognize my name change in worship. We decided to do a combined renaming and commissioning service before I moved to Nashville. I wrote my own naming liturgy, and I reflected on the story of Jacob/Israel, who wrestles a stranger on the bank of a river and never knows why or who the stranger was. I’ve been doing my own wrestling with this story since talking with Danny Ortberg about it last year. Jacob/Israel walks away with a permanent disability, a blessing, and a new name. Sometimes through struggle, God reveals new parts of our stories. Two of my pastors recited the liturgy, and the congregation offered a laying-on of hands. I stood surrounded and held by a hundred friends and strangers who blessed me and my new name and my next step. It was as if they all transferred strength and love from their bodies to mine, a gift I will never forget and one I will seek to offer to others every chance I get. 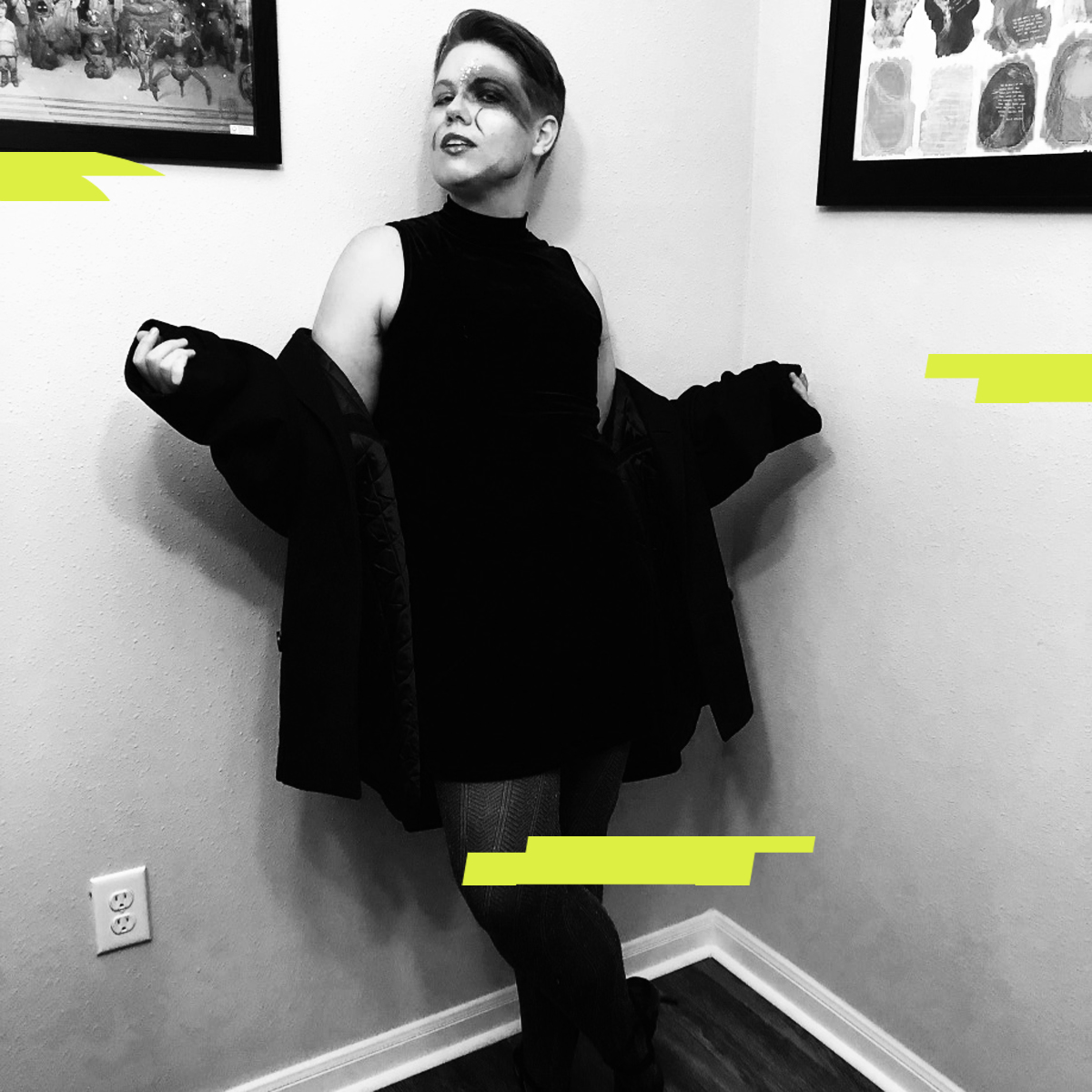 In one of the first lectures in my history class at Vanderbilt, the professor, Dr. David Michaelson, had a slide up that said “Warning: Someone’s Body.” It was a content note for graphic imagery, a photo of a petrified body of a person who had been trapped by lava at Pompeii. It reverberated beyond that, though. “Warning: Someone’s Body.” Be careful. Be gentle. Be humble as you see the form that someone carried around all the days of their life. In this class we’ve also discussed that for early Christian worshippers, participation in the bodily rituals of baptism and eucharist was essential to faith and took primacy over doctrine in some ways. We cannot worship without our bodies. We cannot sing or pray without our bodies. If I were disembodied, an orb of light perhaps, I could not love God or my neighbor or myself.

I try to be careful with my body. I feed it green vegetables and ice cream and move it in ways that feel good. It’s hard. It hurts to have a physical form which has no hope of ever being quite right in a world that devalues and degrades the individual and collective body. I scheduled top surgery for Dec. 13 here in Nashville. That will hurt too. I don’t think it’s going to fix everything, but it will be a step toward trusting what my body knows. And oh, the worship I will worship in that body! ⚡
​
Edited by Heather
​