For many trans* people in the United States, finding a job where you can fit in and are treated with respect is an extremely difficult thing. Even just getting hired or keeping your current job once an employer finds out that you are trans* can prove to be impossible. While some cities and states have been passing transgender anti-discrimination bills in the past several years and the Equal Employment Opportunity Commission ruled in favor of a trans* person who was denied employment because of her gender identity, trans* people still struggle to find job equality in most places in America. Those who hope to see all of that change got a big boost the other day as the nation’s largest federation of unions, the AFL-CIO, added an amendment to its constitution that states that they will start to officially organize to fight for workplace protections for transgender people.

The amendment, titled “Welcoming All Workers to Our Movement,” includes gender identity in its list of groups that the union group plans to work for. The new amendment states that the AFL-CIO’s goals will now include:

To encourage all workers without regard to race, creed, color, sex, national origin, religion, disability, [or] sexual orientation, gender identity, or gender expression to share equally in the full benefits of union organization.

Union support and legislation for transgender workers is an extremely important issue. The 2011 report “Injustice At Every Turn” painted a very grim picture for trans people in the workplace. Unemployment rates for trans* people are twice as high as the general population. When the percentage those surveyed who were unemployed is broken down by race, the picture is even more grim. While 14% of transgender people overall were unemployed, 18% of Latin@ and multiracial trans people were jobless, 24% of Native Americans were, and a terrifying 28% of Black respondents were unemployed. When trans* people are employed, the picture isn’t much better. 78% of those surveyed said that they faced direct mistreatment or discrimination on the job. Another 23% were denied promotions at their jobs because of being transgender. In what is possibly the most frightening news, 7% reported being physically assaulted at work and 6% reported being sexually assaulted at work. Again, the rates for transgender people of color are shockingly higher, with 11% of Native Americans, 14% of Black Americans and 17% of Latin@s reporting that they were sexually assaulted at work.

The AFL-CIO also strengthened its support for the Employee Non-Discrimination Act by having a vote that calls on Congress to pass the law as soon as possible. ENDA would prohibit employers from discriminating based on gender identity and sexual orientation and would be a huge step forward in LGBTQ rights. This would make sure that all workers are protected no matter what kind of local laws there are regarding workplace discrimination. It has been struggling to get through Congress since 1994, but with the power of the AFL-CIO pushing for its passage, this could be the time the it finally becomes law. 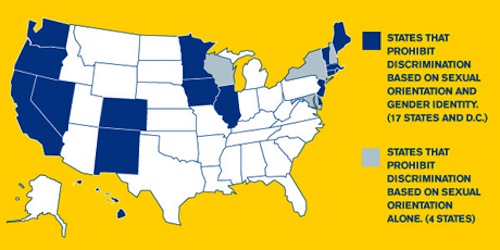 It’s important to see such a powerful union stepping up to bat for transgender rights like this because so many people don’t even see it as a problem. Polls show that 73% of voters support workplace protections for LGBTQ people and a whopping 89% think that these nondiscrimination protections already exist. However, as the new report “A Broken Bargain for Transgender Workers” shows, laws currently exist in only 17 states and the District of Columbia that explicitly prevent discrimination based on gender expression or identity. Furthermore, the study recommends taking steps like “Congress should pass… the Employee Non-Discrimination Act,” “Employers should send a clear message that workplace discrimination against transgender workers will not be tolerated” and “Employers should ensure support for transitioning transgender employees.” The new amendments make all of these things priorities for the AFL-CIO. With the AFL-CIO’s support, transgender rights in the workplace are stepping into the spotlight more than ever before. According to Rea Carey, who is the executive director of the National Gay and Lesbian Task Force:

“…ninety percent of transgender people reported experiencing harassment, mistreatment or discrimination on the job… that is why it is so critical for these protections to be in place for the more than 12 million workers that are represented by the AFL-CIO. It also sends a strong message to employers and unions that transgender people need the same protections as everyone else.” 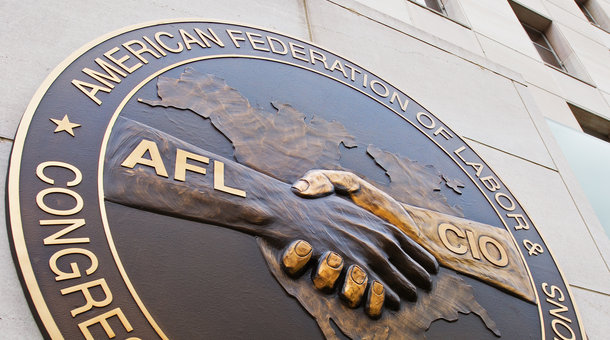 Some smaller unions, including several that are included in the AFL-CIO, have already taken the step to include transgender protections among their stated goals, and so this move was the next logical step. However, it is still a big step. The AFL-CIO represents over 50 unions and 12 million workers, and therefore millions of voters. Due to this they wield tremendous political influence and their support could shift several votes in congress on the issue of transgender rights. With more and more members of Congress supporting legislation like ENDA and more and more cities passing their own non-discrimination acts, the movement for transgender workplace and employment protection is definitely gaining a lot of strength. Hopefully the next time a report is released showing the hardships that trans* people face in the workplace, the picture will be a lot brighter.