There is a point in the docu-series Trans in Trumpland where I’m forced to pause the film so I can cry. The mother of Ash, a trans high schooler who is the subject of the first episode, briefly interrupts a board game among the youth and says, “I made some veggie soup, and then I have plain pasta, Mitchell and Rowan, possibly…” It’s her soft-spoken dinner invitation to her son’s friends. In her voice and her eyes, I hear the temporary relief of seeing your child experience joy and friendship — a change from the everyday battles of raising a trans child in North Carolina.

I see my own mother in her eyes. I see the familiar apprehension of wondering if your child would live through the week. North Carolina has been an epicenter of trans rights battles for the past few years. In 2016, House Bill 2 made national news after being passed by state lawmakers, effectively determining that LGBTQ people aren’t protected from discrimination under state laws. It also restricted which restrooms trans people could use, and reversed any existing city ordinances that protected LGBTQ people. A year later, the law was partially repealed. As of last month, cities in North Carolina have begun passing nondiscrimination laws, affirming the rights of their LGBTQ communities. 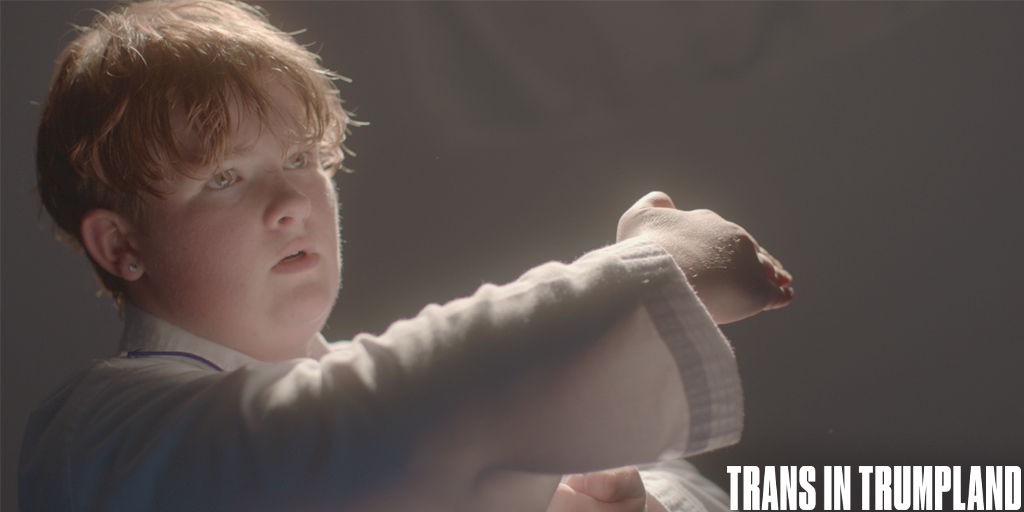 The legislative back-and-forth confused many people. What the docu-series illustrates more powerfully than is represented in the news cycle is how an individual person’s life is changed. Even when a law doesn’t pass, or is repealed, it stokes fear among targeted populations. In Trans in Trumpland, Ash may go without water for the entire school day so he won’t have to risk going to the bathroom at all. “Because I’m scared of using the bathroom, I’ll often go weeks without drinking water at school,” he says. “I’m often so dehydrated that it makes it really hard to focus.”

The docu-series takes us through four red states: North Carolina, Texas, Mississippi, and Idaho. All four states voted Trump into office in 2016. They attempted to do the same in 2020. The series not only documents how Trump’s blatant anti-trans sentiments hurt trans communities; it illustrates the culture that is foundational to Trumpland.

Every person in the series had suffered at the hands of a transphobic culture, the very culture that allowed Trump to win a presidential election. That culture lives on, even without Trump working in the Oval Office.

But rather than simply presenting the culture of violence, the series’ creator Tony Zosherafatain delivered a resounding celebration of the relationships that sustain trans lives.

What Trump and his kin represent: exclusion, a reductive mindset, the few over the many, one-percenters, fear, binaries, and repression. Everything having to do with “making America great” was doing away with difference, serving a smaller and smaller elite, and having people believe there wasn’t enough resources to go around. As if trans people’s very existence was a threat to someone else.

Trans in Trumpland is a vision of a healed, unified United States: where differences add richness to our lives, where it’s about ‘we’ instead of ‘me,’ where there is such abundance in resources and community care that we generously spend our lives in the service of others.

Interdependence is the foundational message of the series. While two of the featured people in the series are filmed as the precious children of doting mothers, a third is a mother herself — Evonne Kaho is a trans mother to those who had been rejected from the families they were born into. 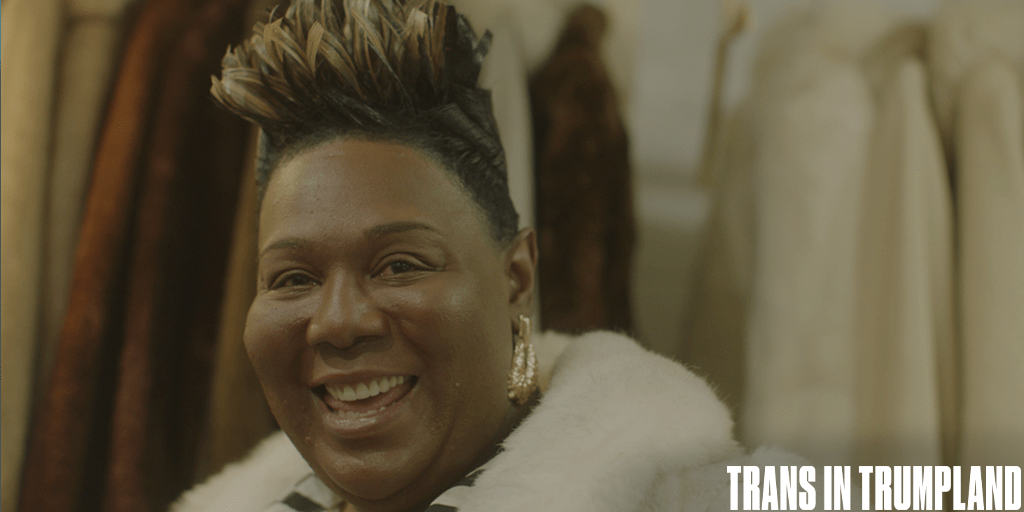 The emphasis on relationship-building as the key to trans livelihood is further emphasized by Zosherafatain’s choice to be the narrator and host of the series. He is in front of the camera, hugging the subjects, driving them in his car, sharing photos of his childhood self pre-transition. We witness trans people in conversation with one another. Some of the seemingly mundane moments become especially powerful, because they’re moments you wouldn’t witness in mainstream tokenizing portrayals.

As a trans viewer, I am validated by the impression that this was made by and for trans people. But the most powerful films can engage a specific issue while maintaining a universal audience. Trans in Trumpland does just that by depicting the space between trans individuals, the connective tissue, the conversations, the legacies carried forward. The docu-series highlights the thing that makes all of us human: the fact that we need love and care from one another.

Trumpland is a territory that all of us inhabit, whether we’d like to or not. And it is our collective responsibility to use whatever unique power we have to uproot the seeds of harmful ideologies. Because as the docu-series powerfully displays, we are all connected: every person, every community, every generation.

Trans in Trumpland is a much-needed reminder that trans people are the past, present, and future. That our lives are not a matter of political discourse but rather a matter of human dignity. That we are not only deserving of protection under the law — we represent the best parts of society. We create families where we have none, house one another when we’re shut out, give the love that we didn’t receive.

We are in a new wave of visionary trans filmmaking, with documentaries like Disclosure, feature films like Lingua Franca, and TV shows like Veneno. Remarkably, Trans in Trumpland is no exception.

Trans in Trumpland will be available on February 25th to U.S. and Canadian audiences on Topic through Topic.com and Topic channels through AppleTV & iOS, Roku, Amazon Fire TV, Android, and Amazon Prime video channels.