It’s a beautiful fall day! Y’all got us to our fundraiser goal in less than a week! And I was able to get one of the cats in my feral colony in for some much needed vet care this morning! It’s shaping up to be a good Wednesday! Here’s your mid-week Pop Culture Fix!

+ The other day Tig Notaro posted a photo of herself in a whole pickleball get-up, including a green 80s headband! I just thought she was doing a bit — but no! She has joined this whole entire pickleball tournament of celebrities that’s going to air on CBS and be hosted by Stephen Colbert. Also playing? Emma Watson, Aisha Tyler, June Diane Raphael, and Kelly Rowland. (Plus a whole lotta boys, boring.) I, for one, will be watching this thing like it’s the World Series! Here’s CBS’ official description: “‘We laid down the Thunderdome of pickleball and made the biggest deal of the smallest sport we could find,’ says exec producer K.P. Anderson. Colbert sings the national anthem with Kenny Loggins (they rehearsed harmonies at a cantina the night before), then eight teams of two battle it out for the Colbert Cup.” 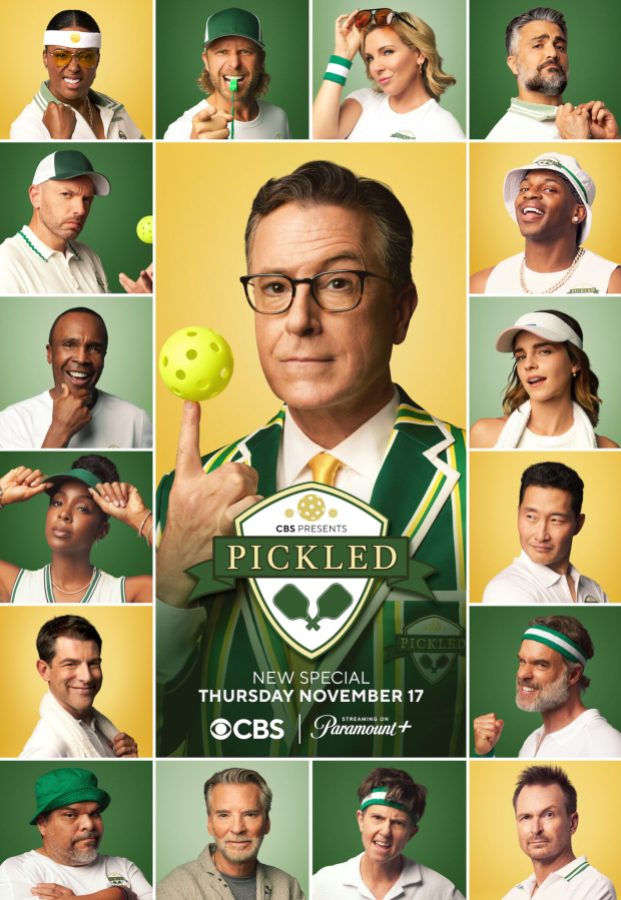 + Netflix’s The Ultimatum: Queer Love is a thing that exists! It’s a spin-off of a reality show that’s hosted by Nick and Vanessa Lachey — but the queer version will be hosted by JoAnna Garcia Swisher (who is straight, as far as I can tell from the Personal Life section of her Wikipedia). Huge missed opportunity to have Niecy Nash-Betts and Jessica Betts host a reality show imo!

Can we have your autograph? We're your biggest fans!💙⚡

+ Apparently the role of Mr. Schue on Glee was written for Justin Timberlake? Is this show going to keep haunting us until the day we die??? (Related: Ryan Murphy is mad Netflix removed the “LGBTQ tag” from Dahmer.)

+ Alia Shawkat has joined the cast of Severance for season two.

+ The AV Club has ranked the 20 best Arrowverse characters. I can’t wait to see what y’all think of this list.

+ Danielle Radcliffe says that speaking out against JK Rowling was important to him because he wants queer and trans people to know that everyone in the franchise does NOT agree with her horrifying slide into an anti-trans radicalism. He says he wouldn’t have been able to look at himself in the mirror if he’d stayed quiet.

+ Vulture chatted with Sue Perkins about her new travel special.