A Montana high-school teacher, Stacey Dean Rambold, convicted of raping a 14-year student, will be serving a total of 30 days as his sentence. Hundreds of people are expected to protest this sentence at the courthouse today. The judge explained his “logic” in sentencing Rambold to such a short time: he felt that the student “seemed older than her chronological age” and was “as much in control of the situation” as her teacher. Right.

The case started in 2008, when Rambold was a teacher and Cherice Morales was a 14-year-old student at the same high school. Morales’ mother, Auliea Hanlon, has accused Rambold of “pre-sexual grooming” with the intent of a sexual relationship. The girl eventually reported to a counselor at her church that she’d been sexually assaulted. Her mother pressed charges soon after; Rambold was put on paid leave, and eventually resigned.

In February 2010, as the court case continued, Morales committed suicide. “As a result of the sexual assault and its aftermath, (the teen) experienced severe emotional distress, humiliation and embarrassment and fell into irreversible depression that tragically led to her taking her own life on February 6, 2010,” said a complaint filed by Morales’ mother against Rambold.

After Morales died, Rambold was put on a “deferred prosecution agreement”: if he agreed to certain stipulations, including having no contact with minors, he could avoid imprisonment. Rambold pled guilty to one out of the three felony rape charges. However, the case was re-opened in 2012 when the state found out that he had broken some of his requirements. He was dropped from the deferred prosecution plan, and the case was re-opened. His trial ended Monday with a 15-year prison sentence, though all of that time except one month was suspended. Judge Baugh defended his decision by saying that Rambold had already suffered enough (he lost his career and marriage) and that his infractions weren’t serious enough to warrant jail time. 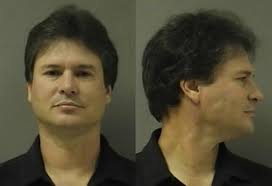 At the end of the trial on Wednesday, Judge Baugh sentenced Rambold to 15 years but decided that he was at low risk of re-offending and suspended all but one month of that sentence.

Baugh also later apologized for his remarks: “I made some references to the victim’s age and control,” he told CNN affiliate KTVQ. “I’m not sure just what I was attempting to say at that point, but it didn’t come out correct. What I said was demeaning to all women, not what I believe in and irrelevant to the sentencing.”

Digging himself in a little deeper, Judge Baugh added in his apology statement: “I think that people have in mind that this was some violent, forcible, horrible rape… It was horrible enough as it is just given her age, but it wasn’t this forcible, beat-up rape.” 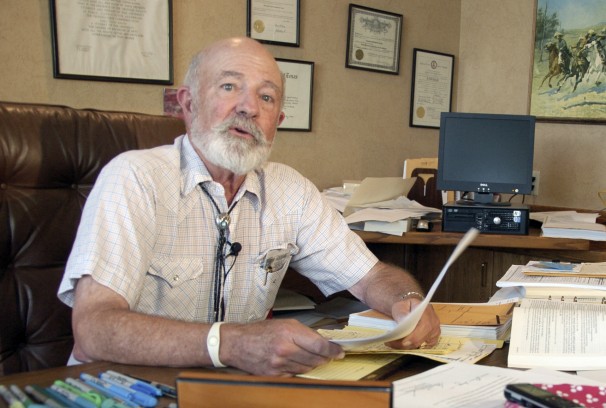 Judge Baugh apologizing for his remarks on the Rambold case. via washingtonpost.com

It’s horrifying to watch Judge Baugh has continued to minimize the rapes even after being confronted with the inappropriateness of his statements. It’s one of the most central tenets of rape culture that if the rape didn’t involve violence, if it wasn’t a stranger in some back alley with a knife, then it could not have been as significant — couldn’t have really been rape. But the majority of rapes are committed by someone the victim knows and may even trust, which is traumatic in its own way. Everybody in a position of power in this situation did wrong by Cherice Morales.

— but the ramifications for the victim aren’t any less intense because of that. And worst of all is that a judge, someone in a position of moral authority, is saying this. To what extent does this kind of victim-blaming, assault-minimizing attitude affect his other decisions as well?

Granted, statutory rape laws are sometimes sticky; many states have a number of provisions to make the laws more lenient. Some lawmakers create legal exceptions with the belief in mind that some differences in age don’t actually represent a difference in power. But this case is cut-and-dried exactly what statutory rape laws were created to protect against: not only was Rambold significantly older than Morales and not only was Morales very young, but he also was a teacher at her school. It was a double power imbalance, and with that kind of situation, whether or not Judge Baugh personally feels she seemed “older than her chronological age” is completely irrelevant.

Statutory rape laws are absolutely necessary and exist to protect victims in just these kinds of situations — cases in which there is a major imbalance of power, and in which so-called willingness does not change the fact that the victim has been violated, physically and emotionally, by people who should have known better, and who are in fact legally responsible for knowing better.

Sadly, this is not the first and certainly not the last time something like this will happen. In the high school world, issues of sexuality, attraction, self-worth and personal agency are notoriously murky as it is, and it makes teenagers a vulnerable population. Failing to provide adequate sexual education which focuses on consent rather than abstinence-only serves to expand the power imbalance between teenagers and the adults charged with taking care of them. And because we live in rape culture, it’s also certain that many adults who themselves harbor problematic concepts of what constitutes consent are the very same adults working as judges and serving on juries.

How would Morales’ experience have changed if we, as a public, had been able to see her situation for what it was – a rape – and not resorted to victim-blaming and minimizing? In this case, at least, we’ll never get a chance to find out.