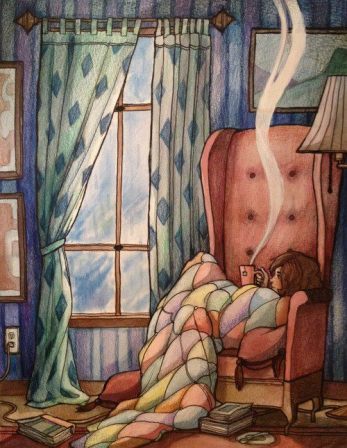 illustration by erin via streling sundries

HELLO and welcome to the 69th installment of Things I Read That I Love, wherein I share with you some of the longer-form journalism/essays I’ve read recently so that you can read them too and we can all know more about Tami Taylor! This “column” is less feminist/queer focused than the rest of the site because when something is feminist/queer focused, I put it on the rest of the site. Here is where the other things are.

Hey, Internet Girl (October 2012), by Lindsay Zoladz for Washington City Paper – “Everyone had something to say this summer about NPR intern Emily White and her generation’s attitude toward music—everyone, except Emily White.”

The Ghosts of Jonesboro: Fifteen Years After A Notorious School Shooting, A Small Town is Still Recovering, by David Peisner for Buzzfeed (March 2013) – “For those most impacted, the effects have often been far-reaching and long-lasting. One person I spoke to says she refers to that sixth-grade class — which has since been plagued by drug problems, divorces, serious illnesses, depression, and suicide — as “the walking dead.”

Feminism’s Tipping Point: Who Benefits From Leaning In (March 2013), by Kate Losse for Dissent – Oh this totally blew my mind and challenged everything I thought I knew about Lean In, which I read two weeks ago and mostly liked, besides that it was really heteronormative and baby-focused. It’s by a former Facebook employee who has a very different perspective on what Sandburg’s book is trying to do for feminism and how that fits in to the Facebook ethos in general.

Renata Alder: “I never attacked anyone weak. Only bullies, secure in their courts, bureaucracies, fiefdoms.” (March 2013), by Alice Gregory for The Believer – “There are so many different types of writers. It’s just sheer coincidence that they’re all called writers. I once sat at lunch next to Baryshnikov. He drank scotch; he smoked. Then he got up and did dance steps. It was so beautiful. I thought, “This man is from another planet.” He was just so much more beautiful than anyone else. I think maybe writers come from different planets. I mean, not in any sense as extravagant as Baryshnikov. But there are some writers who understand each other this way and others who understand each other that way. Then there’s this great herd, the “herd of independent minds.”

Girls Sentenced to Abuse (June 2002), by Amy Singer for Marie Claire – “Alabama’s Chalkville juvenile institution was supposed to “turn around” troubled girls sent away for crimes like shoplifting. Instead, it subjected them to assault and sexual abuse at the hands of the guards. Now, the girls are fighting back.”

Sex House and The Refusal to Fuck (October 2012) , by Gavin Mueller for Jacobin – An analysis of The Onion’s brilliant foray into Reality Television with their parody reality TV show, ‘Sex House’, and how it directly addressed the class struggle between the talent and the producers.

What The English Are Doing About Heroin (April 1970), by Mary Simmons for Look Magazine (photos by Mary Ellen Mark) Okay, did you know that heroin used to be legal? I think I missed that somewhere, so I was so confused about all these general practitioners in this story prescribing heroin. So, after reading the LOOK Magazine article, I found this aritcle from the BBC: When Heroin Was Legal (January 2006), by Jonathan Duffy for BBC News Magazine.

Deep Throat #2: On Being and Unbeing a Singer (March 2013), by Hanne Blank for The Rumpus –  “Oh, God, such a long time it had been. Yet it was there, the ineffable merging of body and breath, reflex and sense that makes the music and the musician one thing, a thing with its own deep reason, its own wild grace. How ancient, how humbling and elemental it is to be part of something so much larger than yourself, something that is not you and yet that could not be without you helping to make it so.”

On The Business of Literature (Spring 2013), by Richard Nash for The Virginia Quarterly Review – This was a new and compelling way to look at and think about things – “What is particularly crucial to understand is that books were not dragged kicking and screaming into each new area of capitalism. Books not only are part and parcel of consumer capitalism, they virtually began it. They are part of the fuel that drives it.”

My Gucci Addiction (April 2013), by Buzz Bizzinger for GQ – Okay this article has gotten a lot of buzz this week. Some people think it’s so ridiculous that it must be an April Fool’s Joke. I don’t even know what to think because seriously this article is really gross and it’s by the Pulitzer-Prize winning author of Friday Night Lights (the book, not the show). This is the blurb (and this is a gallery of his outfits!):

In the past few years, I’ve bought eighty-one leather jackets. Dozens of boots and leather gloves. I’ve purchased pants that cost $5,000. I own a $22,000 coat. This winter I took a tour of Milan’s Fashion Week (all expenses paid by Gucci, in appreciation of my many, many purchases), where I spent tens of thousands more and began to seriously grapple, once and for all, with a compulsion that could cost me more than just my life savings. My name is Buzz Bissinger. I am 58 years old, the best-selling author of ‘Friday Night Lights,’ father of three, husband. And I am a shopaholic.