The Speakeasy has quickly become a place where Autostraddle readers that identify as People of Color can go to vent about microaggressions that they encounter on a daily basis in their communities. Microaggressions are defined as “brief and commonplace daily verbal, behavioral or environmental indignities, whether intentional or unintentional, that communicate hostile, derogatory or negative racial slights and insults toward people of color.” This would be things like randomly touching someone’s hair because it looks cool or wearing sacred cultural items because they are cute. So of course we were ECSTATIC about the release of Dear White People a movie all about being “a black face in a white space.”

But Dear White People is not simply about microaggressions. As Speakeasy member Nicolette Chambers said, “Dear White People is not a how-to guide on ways to avoid performing acts of microaggressions, or why it’s bad to appropriate black people’s culture. Instead, it’s an examination of the importance of support systems, the difficulty of being an outsider, and how one uses identity as a tool of protection.”

Let’s hear what the Speakeasy had to say about the movie. 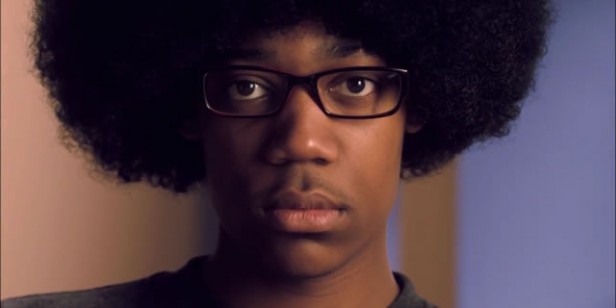 I felt really bad for him when he got kicked out from the house because he didn’t technically live there, even though he just wanted some food because his normal house wouldn’t let him in. I could totally see why he didn’t feel comfortable associating with the BSU — they didn’t give a shit about him. Even then, he still reached out to them when he heard about the party, despite being rejected by BSU and especially by Sam. He has the most compassion out of everyone in the movie.

Lionel was my absolute favorite character. I grew out of the “I’m different because I like things not associated with black people” stage when I was about 13 but I definitely identify with the awkward, not quite fitting in anywhere aspect of his character. Also, the queer part.

Despite the fact that Lionel was continually ostracized, he still managed to remain true to who he was. The same cannot be said for the other three main characters. Sam used her militant pro-black image to secretly affirm her place in black society. Troy practiced respectability politics, and code switching to leverage his position in both black and white circles. Coco relinquished ties to her name, her community, and her natural black features in order to be found acceptable. 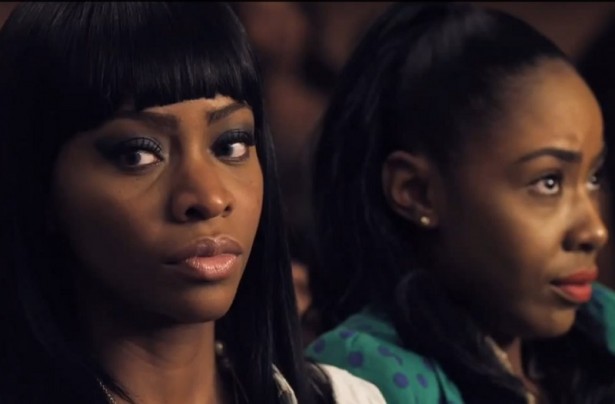 Omg, I have so much love for Coco. She’s wonderful. I kind of wish she’d been the main character (as much as I love Sam) because she has a form of pragmatism that I like. I kind of rolled my eyes at the scene at the party where she said white people wanted to be black people because I kind of wish we’d have more insight into what made her tick beyond something so… standard? Idk. I’m annoyed Troy ditched her at the end. Isn’t Coco worthy of love? I’m so glad people love Coco because she was my second favorite after Lionel. Also, Teyonah Parris in that blue dress… *ahem*

I actually would have preferred for her to be the main character just because she knows how to play the system and an especially fascinating moment for me with her was when she was in the club and looking at the white guys and then two white girls got the attention and I think she just moved her face into this “I don’t care” look. I’ve been there when I wasn’t even looking for attention. It’s a reminder that you’re seen as less attractive than white girls even when you’re gorgeous (like she is). That kind of reminded me of the invisible feeling I’d get when I went to mainstream LGBT clubs and that was kind of worse than outright hostility because at least then I felt like people saw me.

I really wished they fleshed out Coco’s character more. It seems like they placed her just as a foil for Sam — “Look at this self-hating Black woman wanting to be White.” Except she is pretty proud of her Blackness (especially her dark skin) and she seems to be taking things from the perspective of doing what you need to do to survive. She reminds me of this video my friend (burlesque performer and all-round artsy witchy being) D. Faust made about shapeshifting as a Black woman.

Also, I’ve been Lionel and I am Sam. I feel so much for those two. They’re caught between identities both inherent and assumed. Coco also has a better sense of boundaries than Sam does. When she is done, she is done, and them sketchy ass white boys never cross the line with her the same way they do with Sam.

(Romantic) Black love. Where was it? Sam had a crappy white boyfriend and a crappy black boyfriend, Lionel’s love interest wasn’t black, Coco got shafted and was seen in a club hoping to get the attention of white men (and man, the scene where she got passed over for the white girls rang so true) and Troy had that white girlfriend and previous with Sam. Oh and Sam’s parents were an interracial couple too. Interracial relationships are great but to me, there was definitely a conspicous lack of black couples in love. Did anyone else see that?

I don’t understand why they wouldn’t reach out to Lionel but they were willing to have this one “urbanised” Asian woman (who says in the movie that she’s just there for the food, JUST LIKE LIONEL) hang out with them a lot. It’s great that she got the Asian house mobilized to take down the blackface party, but it seemed tokenizing of Asians in general.

Can we also talk about that scene where Reggie shoulder checks Sam into a wall and her girls act like it was her fault? DWP did a good job picking apart institutional racism but hardly touched the sexism that WOC face when confronting those institutions. 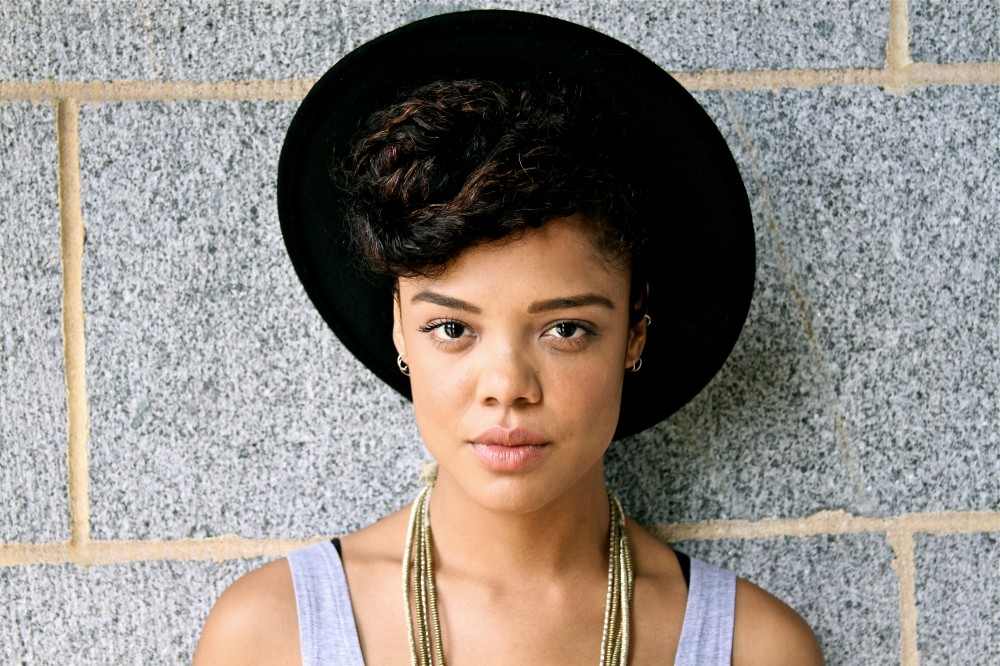 What about Sam, the main character?

I identified with Sam in so many ways as the community organizer type. Most notably when she became only the raging voice that no one saw as a whole person anymore. When something happens to her father (and they never say what it was but you know it broke her down) and all her “people” cared about was that she wasn’t there to help with the cause. They never asked her if she was ok, they just kept demanding of her and she shut them out. That happens so often when you decide to become a voice in your community and don’t carve out space for yourself.

We’ve seen Sam before, she’s light enough to tranquilize white viewers while radical enough to satisfy black viewers, the tragic mulatto is fleshed out to the nth degree while Coco’s story ends with a side fling and perhaps a bit more respect from her black peers. I was rolling my eyes the whole time. Sam’s whole existence at Winchester also seemed so reactionary, centering whiteness and constantly weighing moments of public conflict over personal triumph and healing. Her relationships to the white men in her life seem to define her life (her ill father, the President of the school and his policies, the president’s son, her love interest) in a strange, paternalistic feud. Are these white men at Winchester simply avatars for her white father and the battles she’s facing representative of her conflict with being part white and despising whiteness?

The kiss that rocked the world

There was one audible gasp from a lady next to me, when Lionel and the editor dude kissed. I’m really glad that the film didn’t let queer community off the hook for racism, but there was a whole lot of homophobia and violence used as plot points.

While I found Lionel’s queerness refreshing, I’ve been disturbed by the reactions the kiss with his male editor has elicited from audiences. The stories of gasping, groaning, and shouts of disgust are indicative of a society that still holds on to the belief that queerness is an act of deviance that should be shunned. In actuality, the act of hating a person because of who they are is truly the deviant act.

I have mixed feelings about the scene where Lionel kisses the crappy white guy who calls him a homophobic slur. On the one hand, it’s this sort of triumphant moment the audience is supposed to be cheering at and on the other, it’s sexual assault. Because of that I wasn’t really sure how to react.

Some other cool observations

I wish I could’ve been at a straddler meet up! I watched DWP in a mostly empty theater in a mostly white Orlando suburb. And the audience reaction was mixed. There were a lot of laughs, but also dead silence. The dialog was so perfect. To this day white people still think watching Good Hair gives them the right to touch mine. And Coco is amazing. You can see the actress, Teyonah Parris, channeling all that anger and disappointment into pure fucking will power. She constantly tears down respectability politics, colorism and manages to be waaayy more effective at getting what she wants than the black student union.

I wish they addressed the gay bashing more and I wish the movie portrayed the justice system accurately, because I know that black folk can’t trash a party on a white campus and no one goes to jail. Are you trying to tell me that these white cops just…got it and only arrested the white boy? Justin Simien, you know this is a lie.

Now comment below and tell us what YOU thought about Dear White People?

The QTPOC Speakeasy is a collective of Autostraddle's writers of color.