Spoilers for Season Two of The Umbrella Academy ahead! Not extreme spoilers, but not exactly mild spoilers. Medium-sized spoilers. You’ve been warned.

If you thought Season One of The Umbrella Academy was… fine, and you’re on the fence about whether you should watch Season Two, I’m here to tell you: I agree, and YES.

I liked Season One of Umbrella Academy well enough. It had unique lore, classic power-reveal scenes, and that band-of-misfits feel I love so much. But I didn’t LOVE the season overall.

I loved Ellen Page’s performance and I loved Emmy Raver-Lampman’s everything, but frankly for the most part their characters weren’t given enough to do and their storylines revolved around the men in their lives.

But it seems the writers agreed with me that the first season didn’t have enough lady gay energy, so in the second season, they bonked Ellen Page over the head and plopped her in the lap of a frustrated but sweet ’60s housewife and let her do her Ellen Page thing. Sara Lance would call it “liberating.” 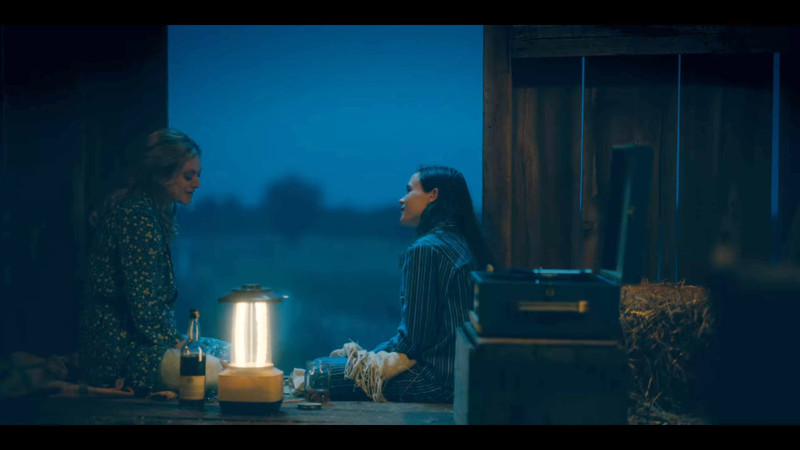 If “queer women time traveling to liberate closeted women in various time periods” is becoming a trope I am HERE for it.

The premise of Season Two is that all the siblings have been scattered across the ’60s, and they must find each other in time to stop another apocalypse, with forces like The Handler (aka the incomparable Kate Walsh) working against them. The season is just as dark and gritty as the first, but with all the worldbuilding and plot set-up out of the way, we were able to focus more on the characters.

Ellen Page’s character, Vanya, is the only one who ends up back in time with no memory. Aforementioned housewife, Sissy, hits her with her car and ends up taking her in like a wounded bird. Vanya becomes the live-in nanny for Sissy’s son, Harlan. Sissy and Harlan like Vanya very much, in very different ways. Harlan just enjoys spending time with his babysitter. Sissy enjoys giving Vanya sensual palm readings and sneaking smokes in the barn with her when her husband, Carl, isn’t around. 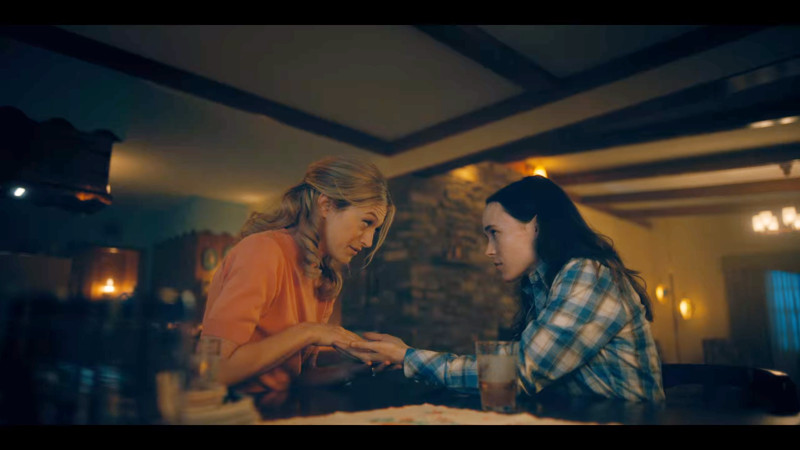 Oh, that “any excuse to touch them” stage of a flirtationship!

At this point, I had officially decided that if this storyline didn’t involve sweet lady kisses by its end I was going to set myself on fire. Luckily, not too long after this, in an effort to convince her not to leave, Sissy tells Vanya that her life was a box slowly closing in around her until Vanya came and set her free. And yes, they do indeed kiss. 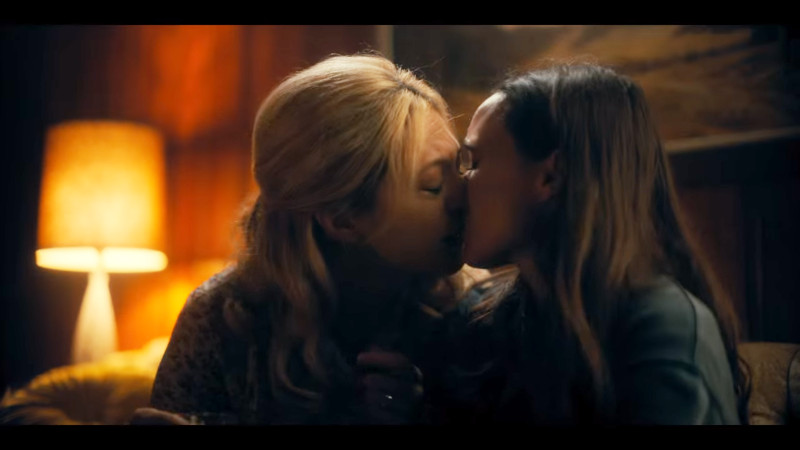 I normally would be against spoiling something like this but it’s really just the beginning of their story so I feel okay about it.

I loved this storyline for many reasons. For one, they didn’t waste any time fussing over Vanya’s sexuality. Nobody did, not Vanya, not her siblings. Maybe it’s because she’s not the only queer one in the lot, maybe because sometimes these conversations happen off-screen because they were uneventful. Maybe Vanya dated girls growing up and we just didn’t know it because there was a lot going on last season what with the impending apocalypse and all. And besides… look at her. Much like no one was surprised when Ellen Page came out, no one was surprised about Vanya either.

Another is that of all the conflict Sissy had about the possibility of leaving her husband for this adorable tiny woman she hit with her car once, her own queerness was never in question either. That part was clear to her. She never doubted her feelings. She wondered if leaving would be dangerous, for her or for her son, she worried about what their life could even look like together in the ’60s in Texas. But her own feelings weren’t the problem.

Last season was largely about Vanya, but it almost seemed like she was the eye of the storm and things were just happening around her. This season, Vanya WAS the storm. And I won’t spoil too much of it, but her storyline with Sissy is one of the linchpins of the entire season. 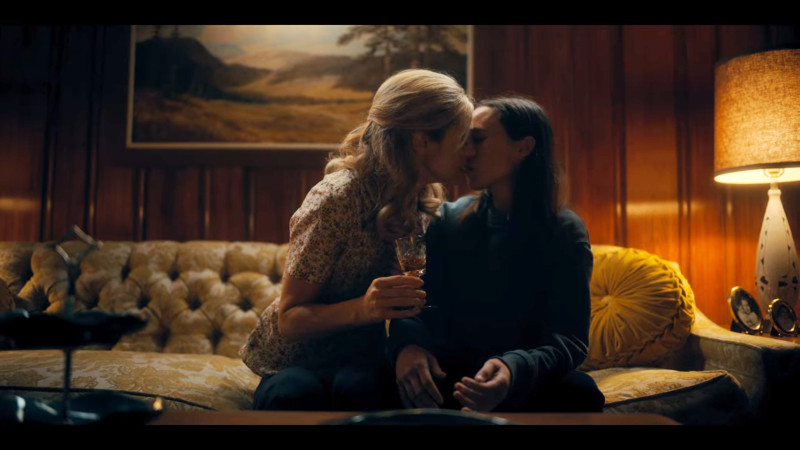 Is this a gratuitous second angle of the same kiss I included earlier? Yes, yes it is. But LOOK AT THEM! This is ART!

In fact, Sissy’s problems didn’t even all revolve around her feelings for Vanya, but rather her feelings for/about her nogoodnik husband. Sissy gets her own moment to shine to learn who she is when she stands on her own two feet, and what she’s willing and able to do when it comes to her son.

And while it’s the story I’m highlighting here for obvious reasons (gay, they’re gay reasons), their story wasn’t the only improvement over the first season. For one thing, they seemed to mostly drop the whole borderline incest situation, only touching on it a little and actually kind of giving it a somewhat self-aware gentle ribbing. Instead, they gave Allison a really poignant story about finding her voice, figuratively and literally, when she found herself, a Black woman with injured vocal chords, alone in the 1960s in Texas.

Plus, my sweet boy Ben got a chance to shine in a way he wasn’t really able to in the first season, also learning how to exert control in a situation where he has none.

While I love the siblings together, especially when my three favorite characters have another quintessential Umbrella dance party, splitting them up this season gave them all room to grow and become more interesting on their own, making it even more compelling whenever any combination of them was together. The gender balance is still off, but improved over last season, so if they get a third season, maybe it’s only up from here.

The moral of the story is, check out the second season of Umbrella Academy on Netflix, even if you only liked the first season a medium amount. And if you want your second season to be better than the first, make it gayer.