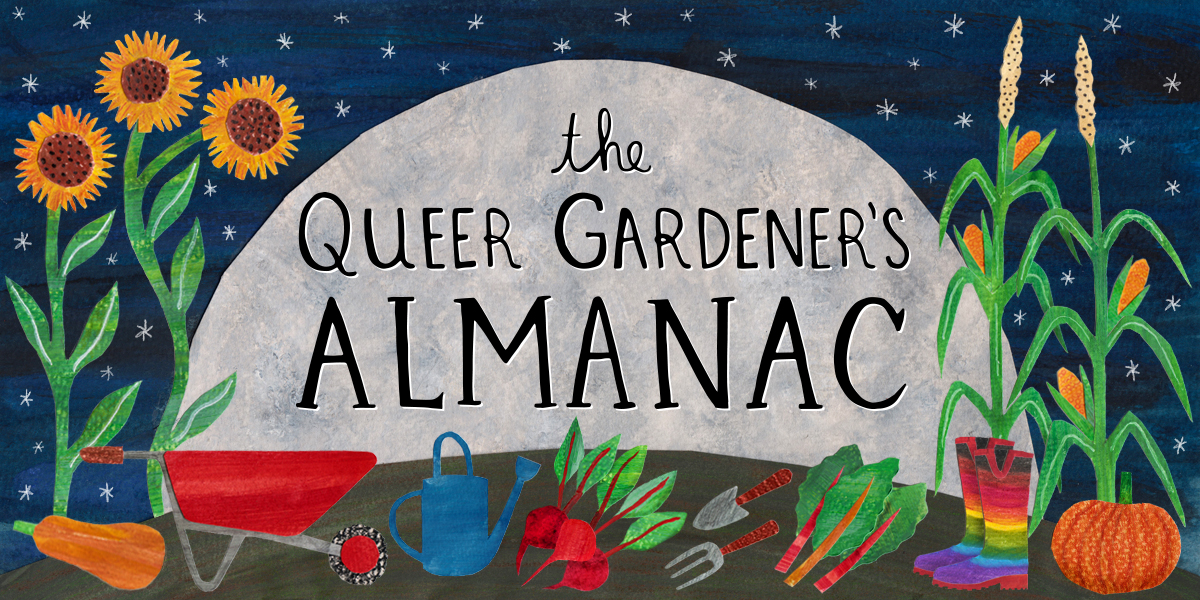 Spring: a season of many clichés. In a regular year, the changing of the clocks heralds a glut of daylight hours to remind us the outside world exists and tempt us into verdant meadows of decadent new growth, basking in a chirruping chorus of baby chicks.

But even when all is normal, things are never as straightforward as a time-lapse video of a perfect bloom unfurling. Each cubic inch of nature writhes with the mundane struggle of life; the reality is the perfect bloom fares worse than a Tudor monarch’s wife when it comes to beheading or survival.

In this liminal season, the tail of winter tussles with the promise of a summer that may never arrive. Basically, you don’t know whether it will chuck it down or blow a balmy breeze; whether there will be a heatwave or an ice storm. Or both, on the same day.

It’s in this uncertain climate that the plucky gardener must make one of their most vital decisions: when to start planting your lovingly hand-reared seedlings in the perilous ground outdoors. This choice is largely at the mercy of the last frost, a fickle date predicated on cosmic schadenfreude

Unpredictable by super-computers and generations of horticulturalists alike, frost has caught us out many times. A couple of years back, Gillian dragged me from the flat in the middle of the night (at least 8pm), gripped by anxiety that her freshly-planted tender shoots would be nipped by frost. We hurried to the allotment and by moonlight tucked them into fleecy covering. They died.

This year, we thought we had it sorted. After a heatwave for much of April, devilishly timed to inflict maximum dismay on a house-bound population, a week of rain was forecast. The assertive kind of rain that dampens the ground with purpose, but falls short of full-on laceration, and guarantees the temperature won’t dip into frosty territory. Ideal for fragile young plants starting their first term in the soil. So, into the ground went the many seedlings that had overtaken the flat with even less regard for boundaries than your worst ex-girlfriend: corn, peas, beets, dwarf beans, broad beans, and for the poly tunnel: aubergines, chillis and many, many tomatoes.

After two days of this pleasant soaking, Gillian and I stood in the flat as the sky blackened, then pelted the ground with hunks of ice. The sleet heaped in the planters on the balcony, like cheap crystals in a gift-shop. Fully exposed at the allotment, the plants took a beating, but remarkably everything survived but the beans, until a mid-May frost took another side-swipe at the lot.

The moral of the tale: just keep fucking planting until something survives. 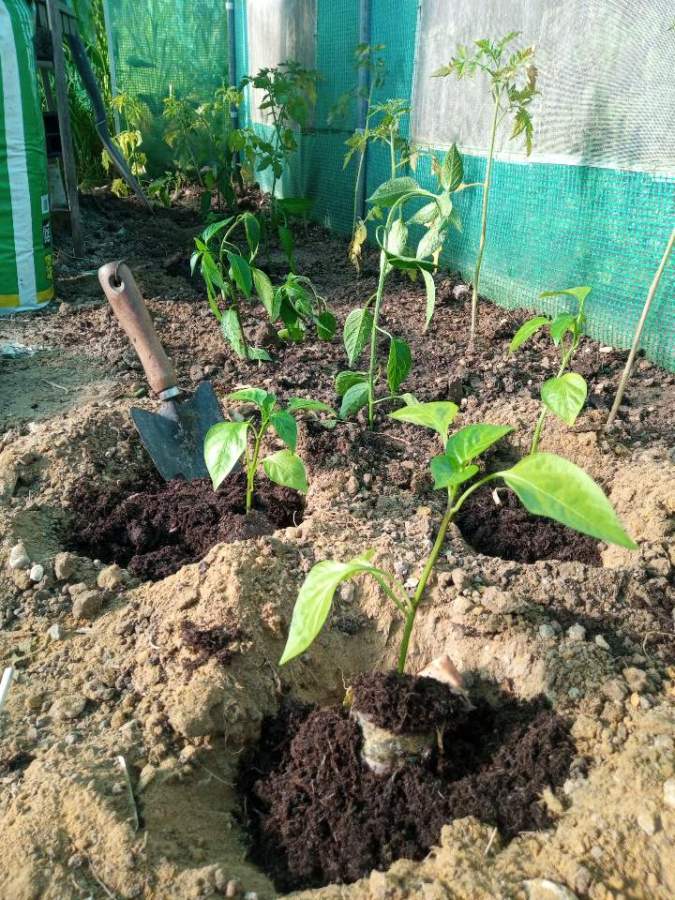 It’s a very busy time of year in the garden, and I have been tirelessly prompting Gillian to get on with a wide array of tasks so I can chronicle it all from the comfort of the sofa.

While it may be quicker to list the things that you can’t plant by the end of spring, there’s still a few things you may want to hold off on until you’re confident the warm weather is here for good. I particularly like that these plants are often called “tender crops” which are kind of like “tender butches” in that you may need to bundle them in rugged yet cozy fleece in colder spells, or they will surely wither and die.

While I remain firmly veg-centric, one must also remember the importance of flowers for bees, decoration, and secret codes.

Let us know what you’re planting!

One of the true joys of the lockdown has been the thrice-daily “Compost Update” emails of our local allotment committee as they wrestled with the inability to get hold of their annual delivery of horse manure. I don’t believe horses have stopped defecating, so presumably it’s some kind of supply-chain issue between shit and shovel.

From the shops, anything that’s organic and peat-free is fine by us. However, if you want to give your plants the silver service treatment, consider feeding them comfrey tea!

Despite inheriting numerous compost bins on our plot, for years we have just kept adding detritus to the top, and magically more space appears, but no compost ever comes out the bottom. It all feels very allegorical but, like most allegories, lacks practical application.

Please do shout out in comments if you are a compost whisperer with any weird and wonderful ways with fertilisers!

If you aren’t in a perennial state of anxiety about slugs, start worrying about them now. If it seemed like they went dormant in the colder months, that was only so they could take advantage of your complacency and inflict maximum emotional damage when they return to their gluttonous ways. We’ve tried DIY repellants like copper wire and crushed up eggshells, as well as organic slug pellets and attritional guerilla warfare, with mixed results – more on this next time! 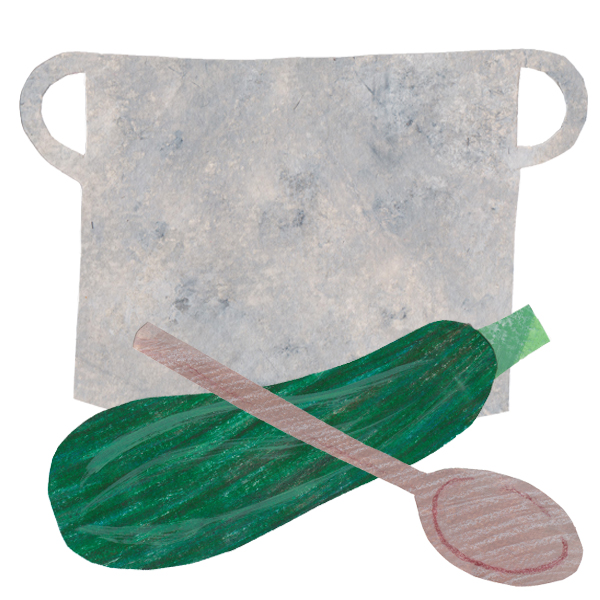 This season we have been gifted with abundant and repeated growth of a couple of robust crops: rhubarb and chard. The latter has been a welcome and reliable source of greenery while supermarket shopping remains a hazardous activity, liberally used in everything from warming saags to tourte pascale. Also, it really should not have been a surprise when Gillian came home with vast quantities of spring onions (scallions) the other day, which sounds like a perfect excuse to give scallion pancakes a go.

As for the rhubarb, owing to our lifestyle choices, we found ourselves with a greater need for mixers than desserts. Cue this very forgiving rhubarb juice recipe!

While women’s labours outdoors have traditionally been overlooked, here are a few queer women whose dedication to cultivation took lady-gardening to a whole new level. Perhaps their exploits dabbling in petals and perfecting bush topiary will inspire you; please shout out in the comments with any horticultural heroes of your own!

(Warning: this list will skew towards rich, white women. It’s almost like you have to bribe people to get in the history books)

Famous for her affair with Virginia Woolf (among other women), Vita was an accomplished novelist in her own right, but it’s perhaps her work as a landscape gardener that left the biggest legacy. She created the world-renowned gardens at her home at Sissinghurst Castle, wrote weekly gardening columns for the Observer and co-founded the garden committee of the National Trust.

A farmer by career, Mary Lobb was fired for falling asleep at the wheel of a tractor, drawing the sympathy of the owner of nearby Kelmscott Manor, artist May Morris (William Morris’s daughter). Hired as a gardener, Mary quickly jumped into bed with the lady of the manor and stayed as her companion for the rest of her life.

Floral inspiration runs through Dickinson’s poems, who throughout her life was dedicated to her conservatory and gardens at the Dickinson family’s Homestead in Amherst. Dickinson would frequently send flowers with her correspondence, so it’s safe to assume she bundled several in with her lesbian love letters to Susan Gilbert. (You can even see some here)

A fringe member of the Bloomsbury Set, courtesy of her marriage blanc to James Lees-Milne, Alvilde had several notable relationships with women including sewing heiress Winaretta Singer and Vita Sackville-West. With the latter she shared a love of landscaping, and was inspired by Vita’s work at Sissinghurst to create her own version at her home at Alderley Grange in Gloucestershire, and later the Badminton estate. Encouraged by many visitors, she turned pro, designing gardens for the Queen of Jordan and Mick Jagger, and authoring numerous gardening books.

How have you been faring with your gardens and allotments in these curious times? Please share your successes and failures in the comments!

Next time: We’ll get deep into summer? 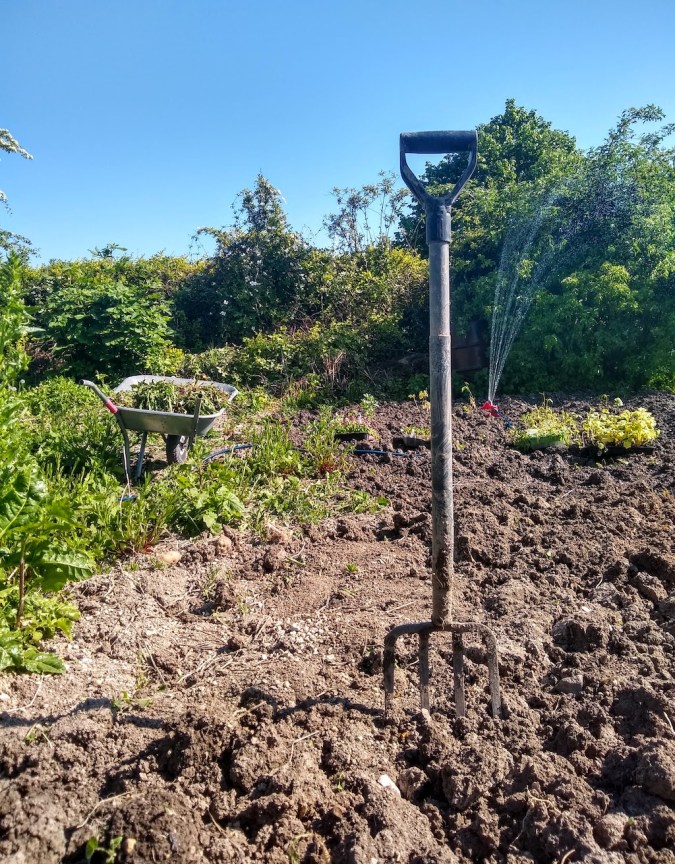 If you need to upload the photo you love from your computer, try using imgur. To learn more about posting photos, check out A.E.’s step-by-step guide