*sings* You and me will always be tight, family every single day and niiiiight!! Ahem. Now, I love a TV theme song (I even went through a phase where I made several mix CDs featuring my faves), but few will come close to the absolute bop Solange and Destiny’s Child gave us for the opening of the original run of The Proud Family. And when I found out they were rebooting the classic animated show, I’ll admit my first thought was whether they’d keep the song. Spoiler: they did! It’s been updated and is now performed by Joyce Wrice, but it still maintains the spirit of the original. Everything about this reboot (at least the first two episodes) is giving “The Proud Family…but make it very obviously 2022!”

Although the OG Proud Family only ran from 2001 to 2005, it became a touchstone for so many Black millennials, myself included. It was easy to fall in love with the Prouds: a mom (Trudy) as the breadwinner, a dad (Oscar) as a serial entrepreneur, an “I’ll say what I want because I’m old” grandma (Suga Mama), baby twins (Bebe and Cece), and a teenage daughter just trying to juggle family, friends, and growing up (Penny). I was the same age as Penny when the show premiered, and I tuned in unapologetically to see how she handled her ish.

There hadn’t been many (if any) animated Black families on television at that point, and one of my favorite things about the original was that it was very clearly for us. Similar to the way Disney movies pack in adult references that enhance our enjoyment without sacrificing a story for children, The Proud Family threw in references that “if you know, you know.” I mean, their babies are named Bebe and Cece for chrissake! 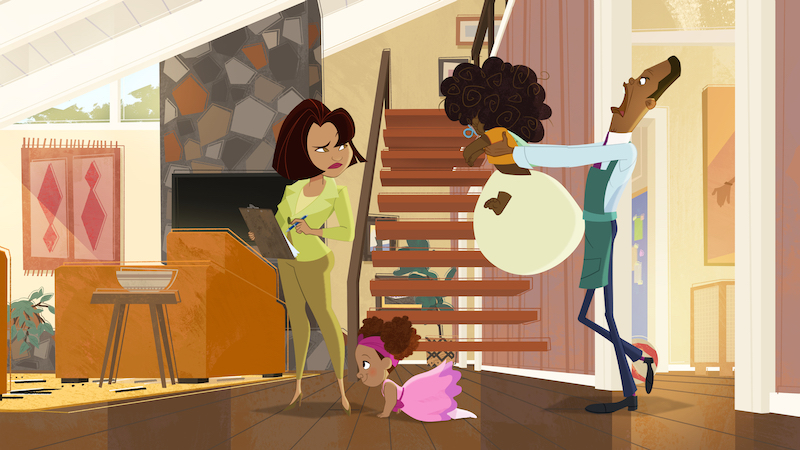 My hope for this reboot was for it to feel like The Proud Family I grew up with, but with updates for a world that looks very different than it did in 2001. And for better or (only a tiny bit) worse, that’s what we got. Kyla Pratt is back as the voice of Penny Proud, and the premiere begins with Penny and her original crew of friends going through puberty magically overnight. The gang we know and love is all here: Dijonay, LaCienega, Zoey, and a now openly gender fluid Michael (voiced by EJ Johnson). Even the Gross Sisters are back, but they’ve thrown away their bullying ways in favor of a burgeoning rap career. New to the cast and the neighborhood are siblings KG and Maya (voiced by the always booked and busy Keke Palmer) who have two gay dads with Zachary Quinto and Billy Porter’s voices. 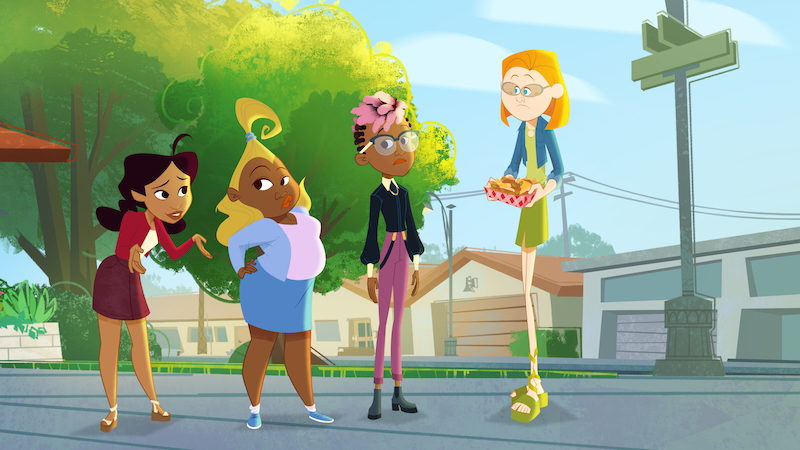 From the animation style to the social media references to the very casual queerness, these writers make sure we know that we’re not in 2001 anymore. And it mostly works! There’s a subplot where everyone is crushing on KG, the new kid, and even the suggestion that he might not be into girls is treated as commonplace. Zoey even roasts Michael when they perk up at the idea that they might have a shot with KG. One day I’m going to stop getting emotional over queerness entering mainstream media and animation, but today sure is not that day.

Admittedly, there are times where the show’s desire to be “woke” and “relevant” felt a little bit heavy-handed, but it wasn’t enough to turn me off from it. I actually enjoyed the updated nods to Chloe, Halle, Ashanti, Martha Stewart, and even Snoop. The second episode focuses on the perils of becoming a social media influencer and Penny is pit against a popular vlogger named Makeup Boy. Surprisingly, and in spite of the subject matter, this didn’t feel as overtly “LOOK WE’RE HIP!” as the premiere did. It felt like just another episode where we see Penny step in it and wonder how she’s going to get out of conflict…in a good way! 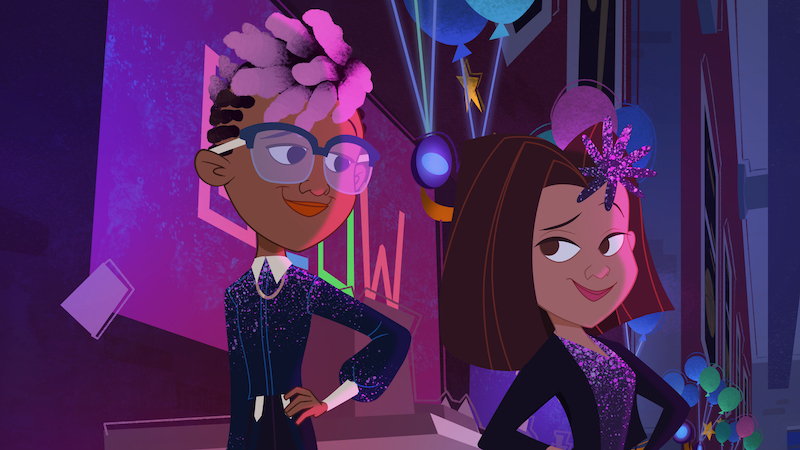 There’s a lot I’m hoping for in future episodes of The Proud Family: Louder and Prouder, but one thing I’m really looking forward to is seeing how the relationship/friendship/frenemyship (?) pans out with Penny and Maya. So far, Maya has been set up as a foil to Penny, but much differently than La Cienega was in the original. Maya’s passionate about activism and we’ve already seen her climb up on her high horse and question Penny’s alleged superficiality. Of course, I’m always here for an enemies-to-lovers situation, but honestly, I’d be thrilled to see an animated Disney show tackle the intricacies of being a teenager in a time when so many of our rights to exist are being threatened.

I’d also love to see some lady gays up in this piece. I’m pretty sure they’re coming based on some clips Disney released, but I am SO ready. Lastly, I’m really hoping to see different portrayals of Blackness. There isn’t just one way to be Black, and with the addition of new characters and the exploration of gender and sexuality, I hope with it comes a depiction of the vast spectrum of Blackness.

Have you watched the first two episodes of The Proud Family: Louder and Prouder on Disney+? What did you think? Sound off in the comments!