“The Gift” opens with our protagonist, a studious and pretty femme of color, working at her desk. Her girlfriend, also a beautiful femme of color, drops by to wish her happy birthday and gifts her an envelope. When studious femme opens it, she finds only an address, and our adventure begins. 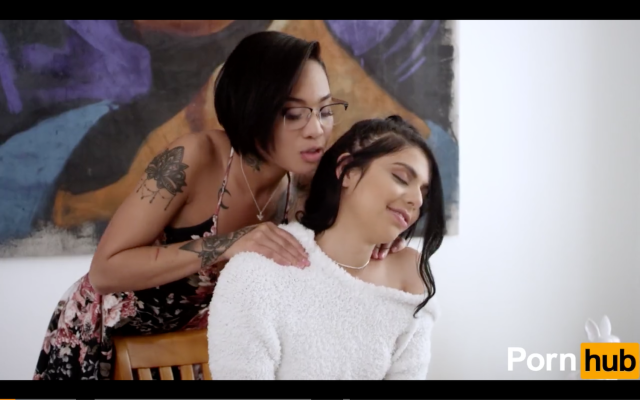 The night I learned about the film I luckily had someone cute staying over, and we decided to watch it together. My beau found the two main character’s non-sexual interactions to be unconvincing. “Does she even like her? She seems like she thinks her girlfriend is annoying,” was her reaction to the two’s first encounter.

Other than a few moments where I found myself taking notes and turning my head sideways to figure out just how someone got their hand to move that way, or a moment pre-hot tub climax that my viewing partner found especially exciting, “The Gift” felt very straight. Or at least exactly the way you’d expect a straight guy to direct porn. Lots of little details — like how people with vaginas typically know that hot tub sex isn’t great for vaginas, stiletto heels were very close to eyeballs, and the fact that in a movie full of long-haired women, there wasn’t a single hair tie used to hastily put someone’s hair up when it finally got too in the way of their ability to give head — were just a little overlooked. 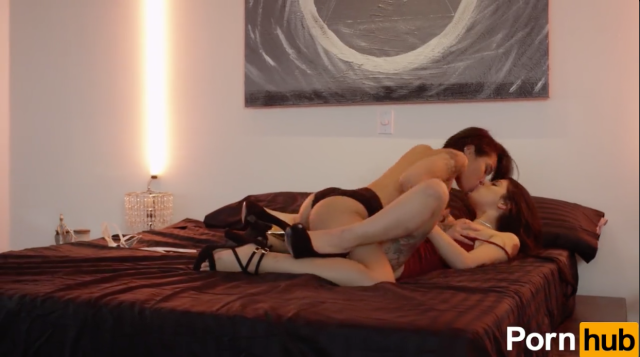 THIS IS FAKE SEX!!

I had also hoped, that with Young M.A. at the helm, we might get to see a stud having sex! Everyone in the film was femme, and that was fine, femme-femme sex is beautiful. But damn, I feel like this could’ve been a really cool opportunity to see some butch-femme sex! But maybe that’s just not what the director wanted and that is fine, too.

I did love how racially diverse everyone was. The main couple was two women of color, the first couple we see getting busy in the Sex House were women of color, and almost every other woman in the house is a woman of color. And there wasn’t any weird racial fetish-y stuff attached to it! Thank you, Young M.A. I needed that.