The Femme Show put on its annual fall performance in Cambridge last weekend, and if you missed it, you might not want to do that again! But even still, you can read this recap, and check out all the performers when they come to your town, and buy them drinks and say they’re from me. This slightly labelphobic queer went into The Femme Show full of unaddressed preconceived notions about the word, and left with a brand new appreciation for it – the hip-cocked stance it takes; the power it confers; and, above all, the incredibly talented multitudes it contains. For example, this Show alone had four very different but equally mind-blowing burlesque performances. The Bitches of Destiny kicked things off with a version of “Mein Herr” that made everyone in the audience wish they were stage chairs and caused Liza Minnelli to pause and smile in the middle of polishing her EGOT. 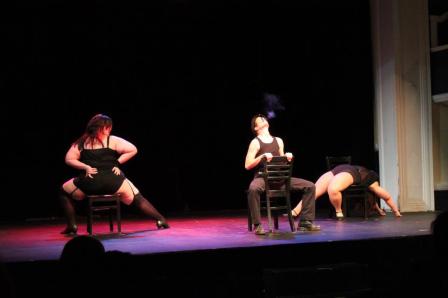 A TIGER IS A TIGER NOT A LAMB, MEIN HERR (PHOTO CREDIT: ALLIE T)

Self-described Burlesque impersonator GeeGee Louise transcended impersonation with his two numbers, embodying red-dress sensuality during “Tribute to the Ol’ Bump N Grind,” and taking on (and then literally stripping down) a charged and flowery innocence for “The Woman Behind the Man,” which ended the show. 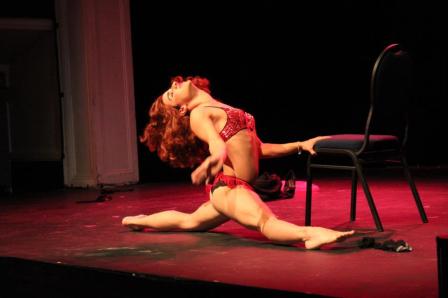 AGAIN, ALL CHAIRS SHOULD BE SO LUCKY (PHOTO CREDIT: ALLIE T)

In between, “critically fierce” New York burlesquer Bikini Thrill blew it all up with “Take Back the Night,” shedding her clothes, her inhibitions, the binds of the patriarchy, and a lot of fake blood all at once to the tune of “Suck My Left One” (by the cathartic and carnage-filled end, everyone in the audience would have gladly obliged).

Of course, you don’t have to strip down in order to bare your soul, and the spoken word elements of the evening were every bit as graceful, vulnerable and strong as the dancier parts. In “More than Yes,” Gigi Frost talked candidly about the evolution of her relationship with sex and sex toys. “Sexy Spoken Word Poetry by a Queer Latina Femme” was exactly that – through multilingual rhymes, a sultry flow, and magnetic stage presence, Idalia let her experiences as “a walking contradiction” coalesce into a real piece of art. 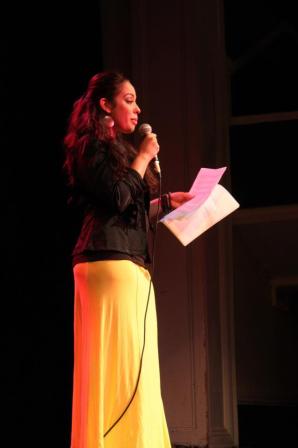 amyrain’s “Letter to a Life as Good Lesbian” described the ups and downs of a love story we all know well (driver of Subaru Forrester meets wearer of tinted chapstick; cat-adoption planning and label-related confusion ensue) and gave some advice that I wish I had heard earlier in my life (for example, do not ask a girl preparing to leave the house in heels whether she can “really walk all that way in those shoes”). 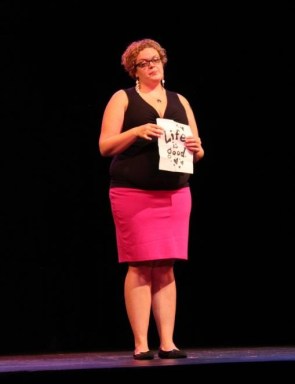 And then there was the always enlightening Society for the Preservation and Promotion of Sapphic Social Mores (SPPSSM), who provided timely and well-worded tips for jet-setting queer ladies everywhere – I now know the best way to remove a BDSM collar in an airport-security-related pinch (bobby pin + helpful TSA officer), the right people to flirt with at the airport (“purveyors of caffeine and cinnamon pastries are the most accessible options”), and how to gracefully go through an x-ray machine while “personally pierced” (smile; own it).  Between their instructions and those of other Autostraddlers, I now feel completely ready to Travel While Queer. 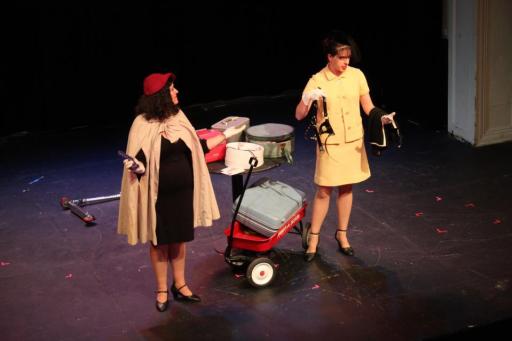 As always with queer events like this, the awesomeness of the show itself was matched by the awesomeness of the community that sprang up around it – the bake sale to benefit the Massachusetts Transgender Political Coalition (side note: who made that salted caramel bread pudding, and when can you come to my house); the loud walk down the street to the after party; the effective transformation of Cambridge sports bar Tavern in the Square into Tavern in the Pink Triangle. It was also a lot of fun to be part of an audience with pitch-perfect participation skills. I heard war whoops when Dean James exhaled smoke, silent reverence as Gigi Frost stepped calmly into a harness during her monologue, snaps when Rachel Kahn talked about recruiting femmes for the Thunderdome, and then of course the collective sing-alongs to the between-act music, which was carefully selected from the canon. The show’s ability to celebrate a particular identity, recognize the many (and sometimes contradictory) facets of that identity, and still cultivate an overall commitment to diversity and inclusion was even more swoon-worthy than the burlesque. I was touched (personally pierced, even). Can’t wait till next year. 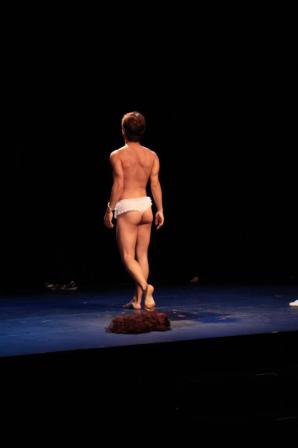