Maggie Keenan-Bolger is at it again! And this time, she’s teamed up with another creator of theatre, Rachel Sullivan. They’re busy creating The Birds and the Bees: Unabridged. It’s a play about female sexuality that explores themes like sexuality throughout life, discussions surrounding female sexuality and representations in the media. When asked why now and why this subject, Keenan-Bolger and Sullivan said:

We believe this is a very important topic to discuss right now for many reasons: the current political battles/war on women; a lack of positive representations of women’s sexuality in the media; the fact that female sexuality is largely defined by men; the need for comprehensive, accurate sex education; the limited knowledge young people and adults have about their bodies; and the list goes on and on.

This is a devised piece, which means they are not starting with a script but are rather creating the play with the input of everyone involved. And with a hugely diverse cast of 20 women from around New York City with ages ranging from 20-70, this piece of fine theatre is almost certain to have something for everyone. Some of the women talk about sex and sexuality for a living, others not so much. Each actor and co-creator has completely different life experiences. And you can add your experience to the mix!

As with Keenan-Bolger’s last piece, there’s a survey. It’s totally anonymous and open to people of all gender identities and expressions. Their goal is to hit 1,000 surveys by January (right now, they’re a little over 600.)  Can we help them reach their goal, Straddlers? You bet we can! In the name of sex, theatre, queer artists, representation of women in the media and women in general, let’s all take this survey! (I did!) 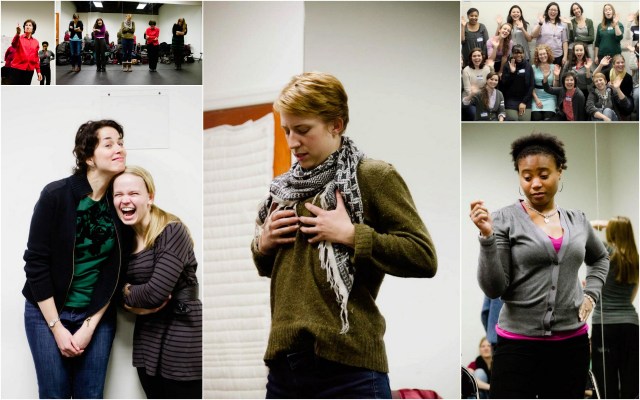 Keenan-Bolger and Sullivan will be posting more on the show’s facebook page regarding their upcoming Kickstarter campaign in January, so be sure to follow along. They will also be announcing the show dates and location, performances to be held in March.