The article focuses mainly on the gay male generation gap, and it IS a little odd that there is no mention of gay women or the struggle thereof… I wonder if it’s because until recently, gay women haven’t been very visible in mainstream culture – it just hasn’t been hip or fashionable or really in the forefront of society. Thankfully, due to a variety of factors (like um, AUTOSTRADDLE obvs), this is beginning to change. As for a generation gap… I don’t know that such a thing really exists, but women generally socialize really differently than men anyway, yeah? I don’t like to make generalized statements about an entire generation; I don’t think that’s fair.

I’m going to go with Generation Gaps Are a Given for $500. Lesbian Generation Gap. Based on a limited number of discussions with lesbians of older generations, their primary concern is that we, the younger generation, take the time to educate ourselves about where we came from and the history of the movement.

This makes sense for a number of reasons, e.g., you educate yourself about the past ’cause you don’t want history to repeat itself. I had a lot more to say on this and how we must actively seek out history on our own if we want to learn about it, but then I read what Riese wrote and it was similar, so.

So when you finally identify as a lesbian, you’ll have lost all those years of possible learning, because why would you have even thought to look? And when you finally do, what are your priorities? Probably not history.

So I’d like to comment briefly on what she said regarding the difference between the lesbian generation gap and other generation gaps. Unlike other minority or mainstream groups, lesbians are self identified. Many women don’t realize, or don’t admit to themselves that they’re queer for years, if ever, and even if they do, there isn’t a way to readily identify themselves to others or find others they can identify with. So when you finally identify as whatever, you’ll have lost all those years of possible learning, because why would you have even thought to look? And when you finally do, what are your priorities? Probably not history.

The following is one of a million examples: Say you realize you’re gay at age 24… in a simplified situation all the sudden it’s like “Hey! I’m gay! What’s that mean? How do I tell people? Where the women at?” “Prop 8?? That’s me! WTF??” and you’re likely more focused on figuring out your sexuality and “the now” rather than the past. Not that you won’t get to learning about the past down the road. But it’s all new to you, the past, the present and the future. With most other minority groups, their history is thrust on them from a variety of sources (not necessarily from school as you’ll rarely learn about the history of Hispanics or Asians in America in class) from the day they’re born. 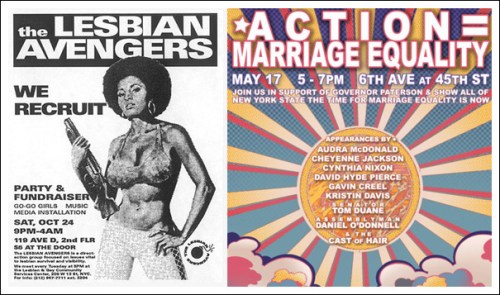 How does this get resolved? You need women, both younger and older, out as role models in the public sphere, bringing the voice of queer women: our past, our present and our future to the mainstream and ourselves.

I’m a little tipsy and that article had too many words for me! What I can speak to are my experiences. Certainly, a generation gap exists in all subcultures and subsections of society and lesbians and gays are no different.

I think that there is a generation gap in the LGBT community in general; I was talking about that gay TV network I work for with some eldergays, and they were saying that they loved the documentaries but hated the music shows. I told them that I produced the music shows, and they were extremely apologetic and embarrassed, but I got where they were coming from. I don’t want to generalize and say that our generation is so vastly removed from previous ones but differences certainly exist. 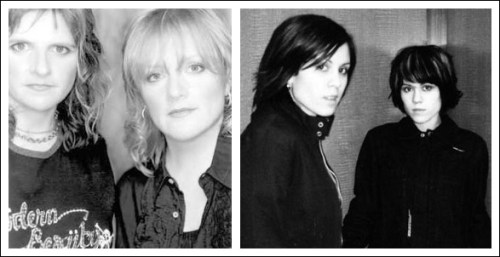 In my experience, most of the older lesbians I have known have had the same ideals, dreams and goals as I have, among them: to have equal rights, to be successful, to be included. Maybe it’s just that I wouldn’t surround myself with anyone who doesn’t agree in those regards, but I’ve actually found older gay men to be less progressive than older lesbians. But that’s just been my experience.

As Laneia said, I think that the more problematic gap that exists in our community gap is between men and women, not between the different generations. Gay women are left out of most articles, studies and conversations about the gay community, and it’s time that someone (cough Autostraddle cough) does something about it.

When talking about a generation gap the implied assumption is that chronological age is the major determinant of where one generation starts and the other leaves off. Yet my personal experience causes me to question that assumption. I officially came out in my early 40’s, on the tail end of the Baby Boom generation w/ close to 2 decades as a (heterosexual) wife and mother. My children were in their teens and I was aware of the potential generation gap, just as there had been in my teens w/ the generation who was imposing their values on me. My generation rode in on the defeat of the ERA (Equal Rights Amendment), despite movements such as Women’s Lib and Radical Lesbianism. I maintained my sense of the importance of social activism, to be ever-mindful and committed to do what I could to address the inequalities in our society, which would lead one to think that I would embrace the obvious LGBT issues.

I was considered a ‘baby dyke’ going through ‘second adolescence’ despite my obvious years. and though I tried to care about the political issues, my behavior was more indicative of an adolescent then a mother of two.

When I came out I ran with a group of other women who had come out themselves within the last few years, ages ranging from 18-45. When asked how old any one was, it was not unusual to give 2 answers; “Dyke years” and chronological years. I was considered a ‘baby dyke’ going through ‘second adolescence’ despite my obvious years. and though I tried to care about the political issues, my behavior was more indicative of an adolescent then a mother of two.

So, to ask if there is a lesbian generation gap based solely on chronological years the answer is ‘of course’, but in ‘Dyke years’, not as much as one would think. (Men tend to come out at a younger age then women do, and this brings up the whole other issue of the role of women as mothers, etc.) 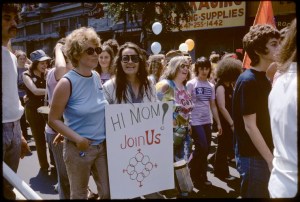 I have many friends that are closer in age to my daughter then me, even a few that are younger. The majority of them I know through my career in Social Work. Social action/activism we are all on the same page. What we want in relationships, usually the same. The differences are in the same areas that all generations over the ages have had their ‘gaps’ in; technology, music, dress. (I’m sure that it is the Social Work connection that explains it.)

btw-I have another answer as well, one that speaks to the vanishing Women’s coffee Houses and Music Festivals that were a product of the need for womyn-only spaces; feminist and lesbian movements.

Hello Autostraddle, this is Tinkerbell. Speaking of my personal experience as a dog and a fan of Hollywood stars of stage and screen including Kelly Clarkson, there are many similarities between generations. There are still liars and famous people in the closet and mean parents. In the olden days, only smart people could read long boring books like The Well of Loneliness and think “I am a queer invert, that is me,” now anyone can see Gimme Sugar, so anyone can see “that is me” (or text “thsizxh jis me”) and then go get drunk like party time. That is good too. This is human progress in America, we aren’t any better than other people, we’re just widening the scope so all kinds of people are involved, including people who haven’t read  The World Split Open

or To Believe in Women

I haven’t read them either because I just learned how to read and am reading Beezus & Ramona you elitist bastards.

There’s no gap between people who understand. We are all people, except for me, I am a dog. 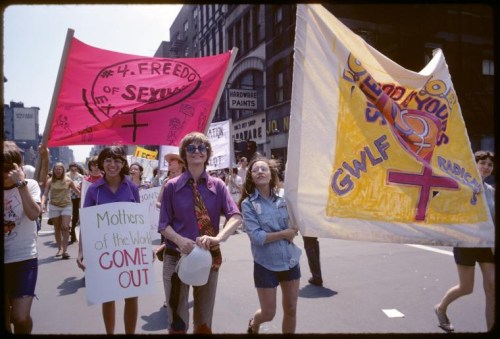 Come Out Come Out

Also Autostraddle you Jews I would like to know more about other gaps like between different races because I feel expanded by my boyfriend a dinosaur.

Stop fighting against each other & mussing up your alternative lifestyle haircuts & instead fight for each other. Elders be proud to see us wearing sexy outfits in the streets, youngsters be grateful and informed. If you put Harvey Milk and Tila Tequila in a boxing ring, Milk would cream Tequila. Also who killed Dana Fairbanks & Jenny Schecter? Ilene Chaiken, also a lesbian. My point exactly. Don’t kill your own people.

So everyone tell the truth of your lives please, then everything will change. Thank you love Tinkerbell.