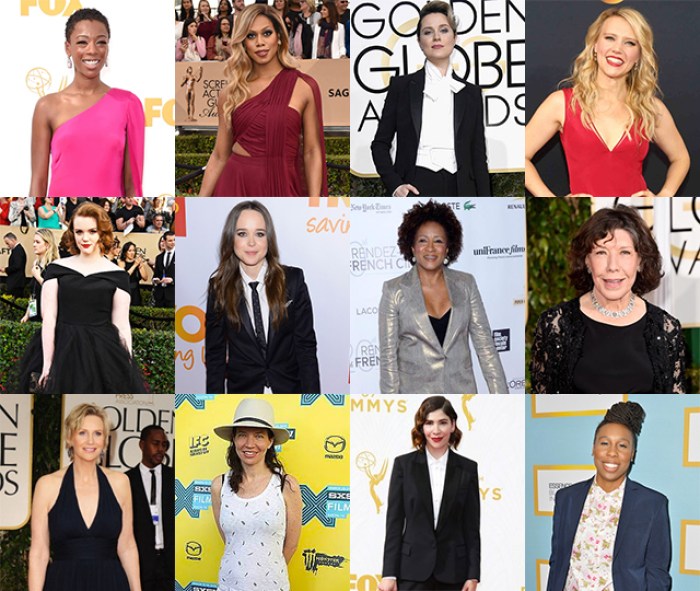 It’s that time of year again! Hollywood awards season! I know what you’re thinking: Heather, the United States of America is a hellfire right now; I simply cannot bring myself to care about a goddamn awards show. But, reader, that’s only because I haven’t yet told you that Samira Wiley got her first Emmy nomination. Best supporting actress in a drama series for The Handmaid’s Tale. (Now, don’t you feel bad for swearing at me?)

Okay, and that’s just the humans. So many TV shows with queer characters were nominated. Master of None, Modern Family, Veep, The Handmaid’s Tale, RuPaul’s Drag Race, Portlandia, SNL, Unbreakable Kimmy Schmidt, House of Cards, How to Get Away with Murder, Ray Donovan, Transparent, Orange Is the New Black. Brown Girls, One Day at a Time. Even Black Mirror‘s “San Junipero” got a nomination for best TV movie.

Lead Actress in a Drama Series
Viola Davis, How to Get Away with Murder
Claire Foy, The Crown
Elisabeth Moss, The Handmaid’s Tale
Keri Russell, The Americans
Evan Rachel Wood, Westworld
Robin Wright, House of Cards

Guest Actress in a Drama Series

Alison Wright, The Americans
Alexis Bledel, The Handmaid’s Tale
Cicely Tyson, How to Get Away With Murder
Ann Dowd, The Leftover
Laverne Cox, Orange is the New Black
Shannon Purser, Stranger Things

Guest Actress in a Comedy Series

Stephen Colbert will host the Emmys on Sunday, Sept. 17 on CBS.