Once upon a time, there was a game called Gone Home and it was tense and surprising and queer and good. I played it about a year ago, just after devouring Life is Strange for the first time, and I will always remember it as one of the games that awakened my decade-dormant video gaming enthusiasm. So, there’s a chance that I’m slightly biased when I say that if playing Gone Home felt like catching lightning in a bottle then Tacoma, Fullbright’s recently released follow-up, seems more like looking at fireflies trapped in a jar.

If you also played Gone Home, you will immediately recognize that most of the basic mechanics and gameplay of Tacoma are very similar. (If you haven’t played Gone Home, it’s on sale for less than $5 on Steam right now so: jennifer-love-hewitt-what-are-you-waiting-for.gif?) Tacoma is a first person exploration game set in the near-ish future (the year 2087). You play as Amitjyoti “Amy” Ferrier, a subcontractor tasked with recovering AI data from an empty space station. While you wait for the data to upload at various ports in the station, you explore the station looking for clues about the crew and what happened to them. 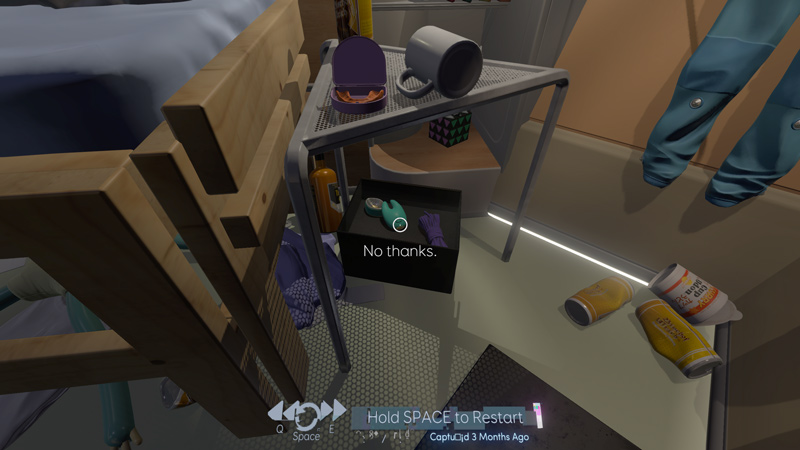 Look for clues OR snoop around and find sex toys, your choice.

The major difference in gameplay between Gone Home and Tacoma is the addition of AR Crew Record Data, which manifests itself as holographic video that you can play (and fast-forward/rewind) to piece together scenes from multiple crew members’ perspectives. You can follow characters in and out of rooms, listen to overlapping conversations, and interact with additional recovered “desktop data” when it’s available — like messages between crew members or notes a character has taken. 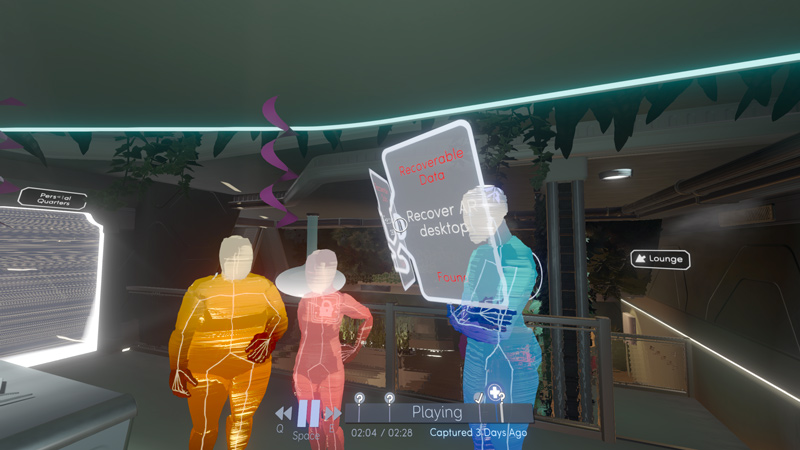 You get used to the faceless color-coded people, I swear.

Recovered AR data comes in bits and pieces; there’s a mix of scenes that depict the hours leading up to and immediately following a catastrophic event onboard, as well as clips from weeks, or even months, earlier that round out the characters or advance the plot. It’s an inventive and compelling bit of nonlinear storytelling that I found really enjoyable. That being said, the actual substance of the story fell a little flat for me. Don’t get me wrong: I was interested in the game and invested in the well-being of the crew (mostly the queer women and the cat, tbh, because I’m a walking stereotype), but the overarching world seemed a little off or underdeveloped.

See, one of the best things about Tacoma, in theory, is the way the game allows a diverse cast of characters to simply exist without it being a thing. In this world, Nat and Bert are women with their own unique flaws and strengths that have nothing to do with the fact that they are queer. They argue and they kiss and they laugh and they care very deeply about each other, all while trying to save the day in a life or death situation. 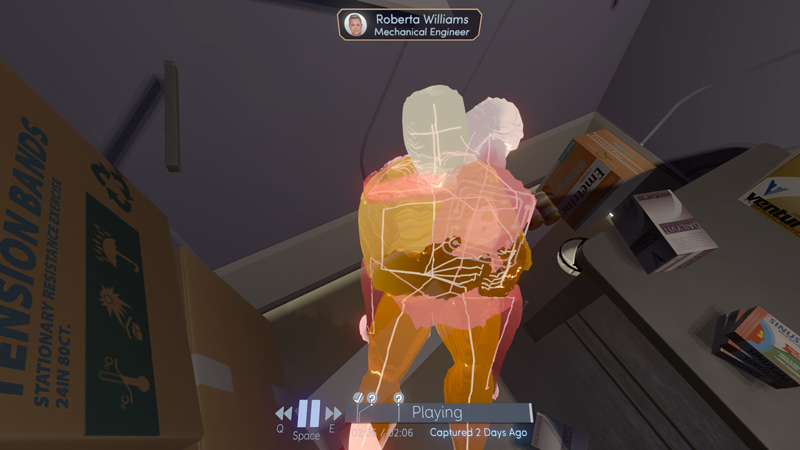 This novel concept isn’t exclusive to Nat and Bert; the rest of the crew is equally well-rounded and diverse without much fanfare. And maybe it’s because the actual 2017 world we live in is such a brightly burning garbage fire, or maybe my own cynicism is clouding my view, but Tacoma’s portrayal of 2087 felt inconsistent. It’s difficult for me to imagine that most people have apparently evolved beyond racism and homophobia in a short 70 years, especially when the game actually does acknowledge and use other systemic issues as part of the plot, like the perils of capitalism.

The other thing that adds to the semi-unfinished feeling of the game is the sheer size and complexity of the world it has built. Where Gone Home centered around a single family in ’90s, with most of the focus on the sister, Tacoma has to establish an intricate future setting while telling a story about six main crew members (along with some of their family members), an artificial intelligence, and the corporation that owns the station. It’s a whole lot to take in, especially for a game that took me less than five hours to play (but that number could vary pretty significantly depending on how much time you spend exploring). 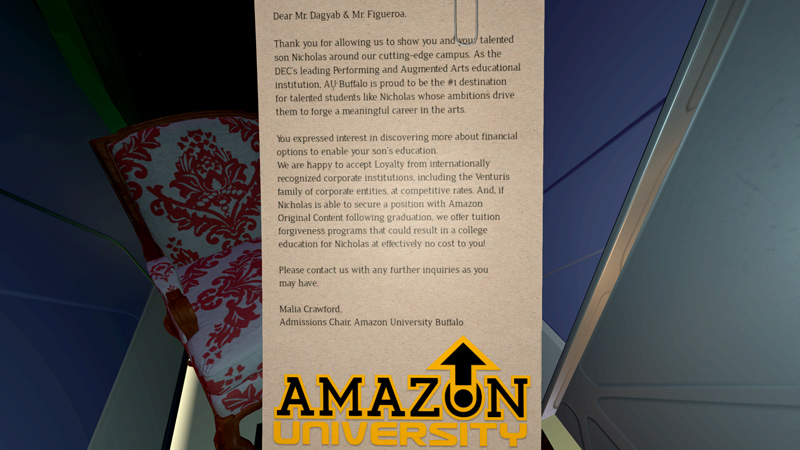 Look at how much info is packed into this one object!

Despite the issues I had with some of the plot and world-building, I did still enjoy this game. Tacoma isn’t perfect, but it is certainly ambitious, and I appreciate that Fullbright seems committed to telling stories that don’t center around straight white men. Tacoma feels like a necessary, if somewhat shaky step forward for Fullbright, and I’m looking forward to what they do next.

Tacoma is available on Xbox One and Steam.