I admit, I initially wrote off “Voice On Tape” by Jenny Owen Youngs as another pleasant indie-pop song by a cute, guitar-playing girl. Don’t get me wrong — I liked it. There just didn’t seem to be anything warranting another look. I was also a little annoyed by the answering machine intro. Random speaking voices have that special ability ruin songs for me (I’m looking at you, “Graveyard Girl” by M83). But then the chorus hit, and I thought, “Ohh, sexy.” Listen for yourself.

Voices continued to invade the verses, but I didn’t mind — as long as those choruses kept coming. After a quick google, the song got more interesting: That voice on tape at the very beginning — yes, the one that initially irritated me — was none other than Regina Spektor‘s! Why this excites me is baffling, but it does. It lends a little legitimacy to those interrupting voices and, if nothing else, reaffirms that Regina Spektor’s words are poignant even in answering machine messages.

Jenny Owen Youngs latest album is Transmitter Failure, and she’ll be playing four separate shows at this year’s SXSW. Check out her SXSW dates and her full tour schedule on MySpace. Read about her lesbian following, which you are welcome to join, at PrideSource. 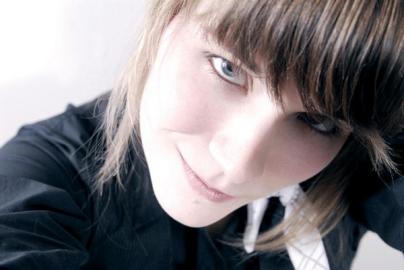