One of the things Autostraddle readers write in and ask us all the time — especially over the past year — is how they can materially help LGBTQ+ communities. There are so many things to be done, in so many places, in so many ways, it’s hard to know where to focus our attention. Well, good news: we’ve heard from Autostraddle and A-Camp friend and fave El Sánchez about a non-profit they work with supporting LGBTQ+ youth in Washington. It’s called Pizza Klatch, and it’s a safe space for 300-400+ youth who attend groups each week, where they learn to “self-advocate, build community, develop confidence, and easily access resources as they explore and develop their identities.” Imagine having a space like that when you were a teenager!

On April 10th, Pizza Klatch is hosting its seventh annual gayla — all virtual this year — to raise funds for the organization. This year’s theme is InterGaylactic, which is especially amazing if you know El and their deep Star Trek roots; in fact, they’re hosting a character named Gayle Evans that is a professional astrologer that was abducted by friendly aliens in 1997 and has been traveling space with them since! The gayla will also include performances from Be Steadwell, SassyBlack and Big Freedia!

Tickets start at $25 and offer add-on options like the Ride Sally Ride cocktail kit or even a catered meal delivered to your door! There’s also a silent auction — running right now through mid-April — with items ranging from beautiful hand-made goodies to vacation packages to online tarot readings. Or, you can simply donate!

Also, I know how much you love cute gay merch.

We have cute new merch for sale as part of our 2021 Gayla!

(We have buttons for she/her, they/them, he/him and some that say "ask my pronouns") pic.twitter.com/7gXgj6CBLY 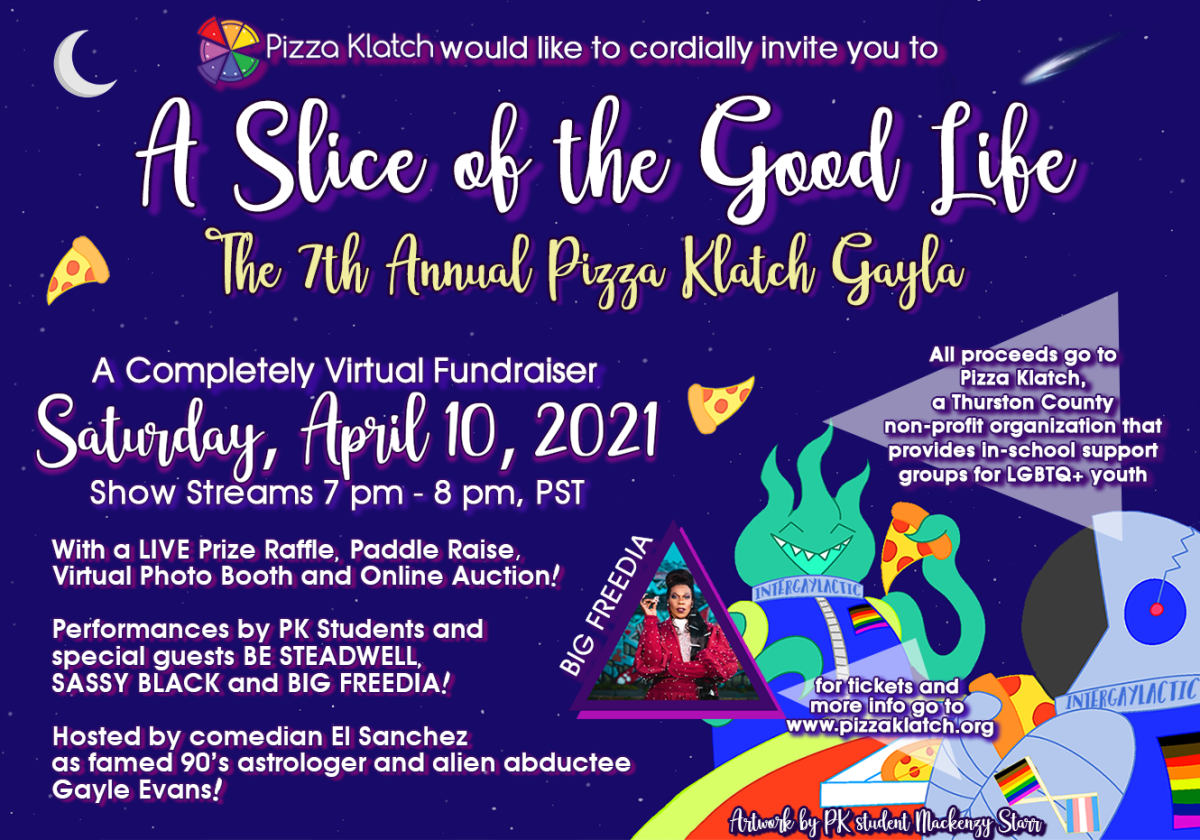 Join A+!
Related:you should go