Goodday and welcome to this recap of Supergirl season 6, episode 18, “Truth or Consequences” aka the one that was entirely too much about Lex Luthor.

We drop into this episode without a previously on, with a reporter telling the Superfriends about Lex’s plans for a Lexosuit army. Nia, cleverly, says the fact that they got this info could be a trap in itself, but Lena says they can just track the Lexosuits and it’ll be fine. Besides, she has important news: she used her rich girl connections to book a VIP suite for Alex and Kelly’s bachelorette party…but it has to be tonight. 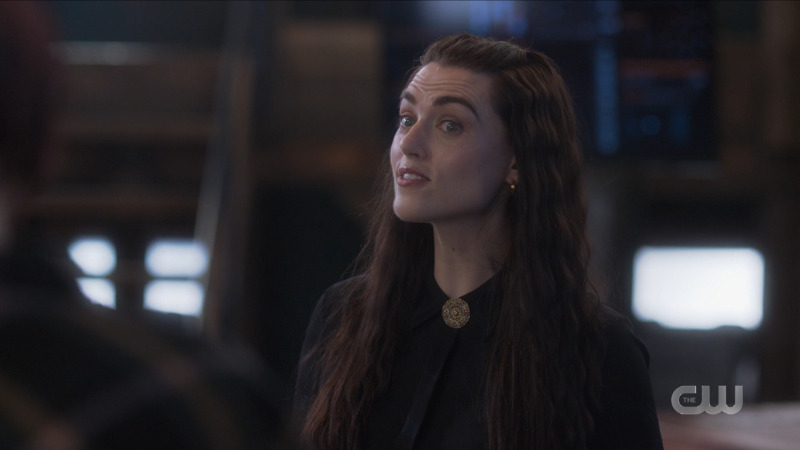 I want to know the *exact* nature of Lena’s relationship to this suite-having friend.

Alex feels like it’s short notice, and they JUST learned more about the threat at hand, but Kara reassures her that if she’s waiting for everything to be perfectly good and safe, she’s going to be waiting forever. You have to mine your own joy, however and whenever you can. So after an adorable chant of “do it” from the Superfriends, Alex gleefully agrees.

The reverie is interrupted when Alex’s phone dings because she’s a mom now so her phone is always on a too-loud setting. The message is from Kelly; Esme had a tough day at school so she’s going to go help with mom duties. 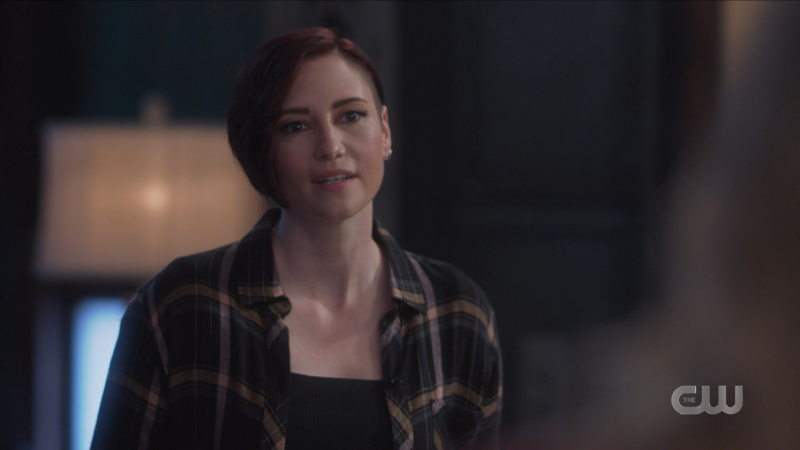 This is neither here nor there but I own this outfit with a slightly cooler-toned plaid and I am here for this representation.

After she leaves, the rest of the team gets a news alert so they turn on the TV. Turns out Andrea took Lex’s journals and published them under someone else’s byline, which is a reporting no-no.

Up in the glam rock spaceship, Nyxly is watching the news, too, and she’s grumpy that they called her a psychopath even though they don’t even know her. And I do love that Nyxly doesn’t ever quite react the way a “typical” villain would. She’s not angry, her ego isn’t hurt, she’s just genuinely confused why and how they came to that conclusion. But anyway she can’t be bothered with all that right now, she needs to find the truth totem.

Back at the Tower, Brainy tells the team that he talked to the Legion in the future. He’s pretty somber as he tells them that in the future, Nyxly and Lex are a power couple, Which everyone is grossed out by, especially Lena, who can’t imagine him caring about anyone besides himself. 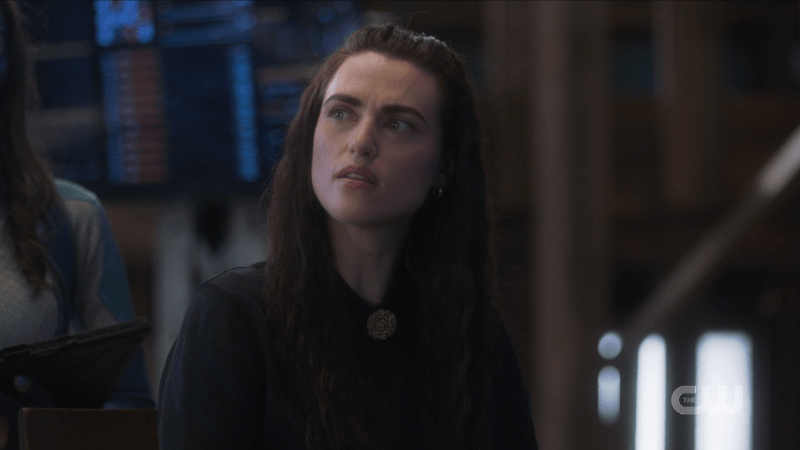 I need someone to make me a line graph to see if Lena’s buttons are inversely proportional to her hair. Because I feel like we might have a buttons up/hair down, buttons down, hair up trend on our hands.

Brainy goes on to say that in the future, they did complete the AllStone but something happened and Nyxly died, so they figure that’s why Lex is back.

Just then, Lena gets a ping that her algorithms have tracked the Lexosuits, so Team Alien goes to the glam rock space ship to get the totems back. Brainy gets his hands on one, and Nyxly yeets them through a dream portal, but Nia makes one of her own and gets them back to the Tower safely, Hope Totem in hand.

Since this is the totem they originally threw into the sun, they realize now that totems can’t be destroyed, which means the Love Totem is still out there somewhere, too. 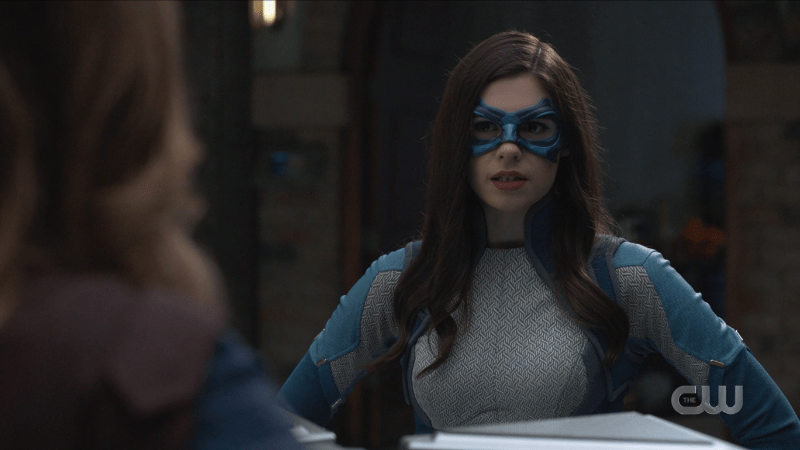 “All of us are in the same episode for once, surely nothing will go wrong today!”

Brainy sulks off, suggesting perhaps he learned more about the future then he’s letting on, but that’s a problem for later.

Back at Casa Dansen, Alex and Kelly are cleaning Esme off after she accidentally used rage powers on a bully who made fun of the treat she plans on making for a baking competition? Unclear on what exactly this is for because Esme is in the age range of kids I taught for a while and typically we don’t expect children who aren’t tall enough to see the top of the stove to know how to cook. But anyway, as Alex and Kelly are cleaning Esme off, they notice the flower tattoo on her back that wasn’t there the last time they bathed her, and wonder what it means. 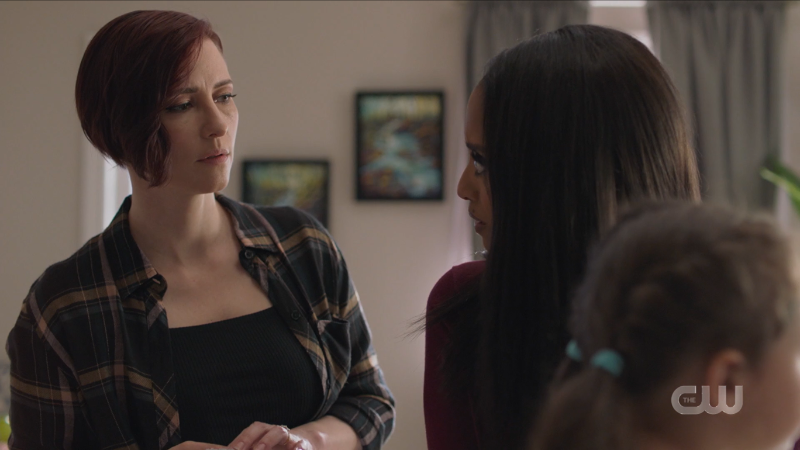 Once Esme’s adoption is final can I be next?

Meanwhile, Brainy finds out from another Brianiac that he has to return to the 31st century and merge with the Big Brain to save the future of his alien race. Brainy is upset; he has a family, he is in love. He doesn’t want to abandon the Superfriends, or Nia. He wants to find another way. And since apparently they can’t just wait 60 years and then have Brainy go to the 31st century for timey wimey reasons I don’t understand, Brainy is left feeling very, very sad.

Over in VillainVille, the crystal ball shows Nyxly where the Truth Totem is, so she heads to a vault and picks up an old timey camera. She says the magic word, and Sir Totem the Great asks her to reveal her inner truths. She starts by just rattling off the easy things; her goals, her plans, her surface level feelings. 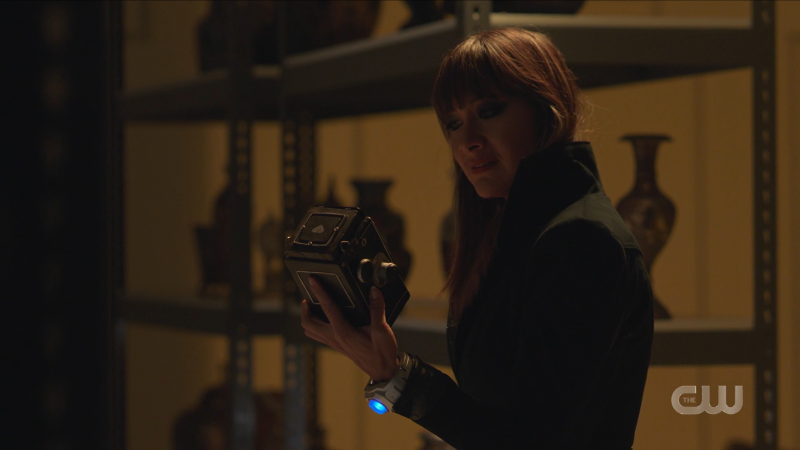 Did I miss them say whose camera this is? I tend to zone out when Lex is on screen but if this was culturally significant, I missed it.

When that’s not enough, she also admits she’s afraid of possessing the bad parts of her father, and also that part of her still wants his approval. Which honestly I think is so interesting and relatable and could have been explored further but instead she also says she doesn’t want to be alone and wants to get past her trust issues. The Gauntlet Giver tells her she did great, and the Truth Totem will now act as a lie detector for her. She promptly uses it on Lex, and learns that not only does he really love her, but also he has no plans to betray her.

Alex and Kelly take Esme to the Tower, and Esme is so happy to see Aunt Kara, it’s very cute. They tell her about Esme’s powers going wackadoodle and that they’re going to run some tests to make sure she’s okay. 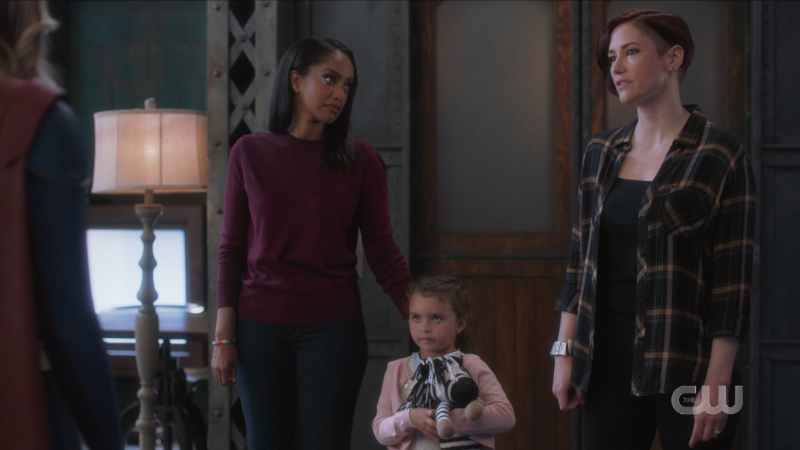 My mom used to leave my Wishbear or American Girl doll in the car when we went inside places that weren’t home so I appreciate Esme’s moms letting her keep Lovey with her all the time.

Kara tries to be supportive of Alex, and she has an idea to maybe make Esme little lead-lined glasses to help keep her powers at bay so she can fit in at school. This advice INFURIATES Alex, who says Esme has had her powers dampened enough in her little life and she won’t ask her to hide who she is. She just has to understand her powers, not stifle them. 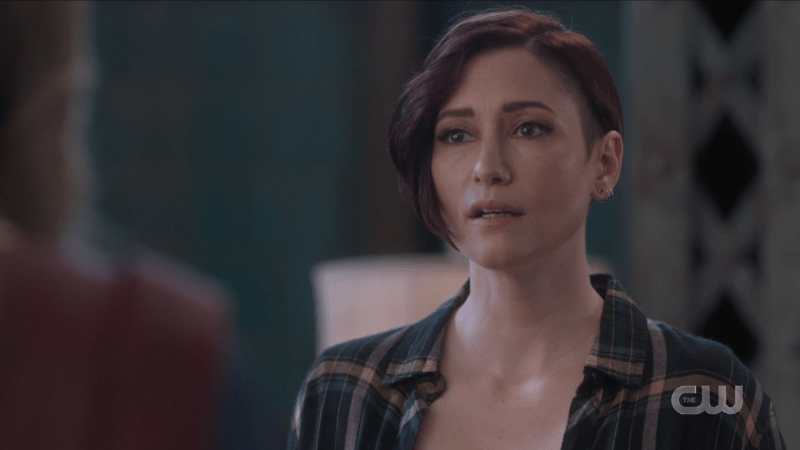 “Not all of us are comfortable in our closets, sister mine.”

Kara thinks perhaps Alex misunderstood her; she’s just offering a solution that she found useful, as an alien herself, an experience Alex couldn’t possibly understand. But Alex doesn’t want parenting advice from Kara, so she storms off. And I wish we had seen more one-on-one conversations between Kara and Alex about Alex becoming a mother in the past few episodes, maybe Alex asking Kara what she herself did that helped Kara feel more welcome when she was first adopted that maybe she didn’t realize was so impactful. Because I think then it would have been even more clear that this is Alex lashing out in that way siblings (or even close friends) sometimes do when their emotions are running high and they know they can react first and apologize later. On one hand it’s sort of nice we didn’t need it…we know Alex Danvers well enough to know that she’s lashing out at Kara because a) it’s a safe person to let her yucky feelings out on because a sister’s capacity for forgiveness is a deep well, and b) that it stems from Alex’s insecurities about being a mother to an alien baby, and about how she and her sister both had to keep secrets about themselves that ate away at them a little. But on the other hand if we spent less time with Lex and more time with the Danvers sisters, we’d all be better for it. 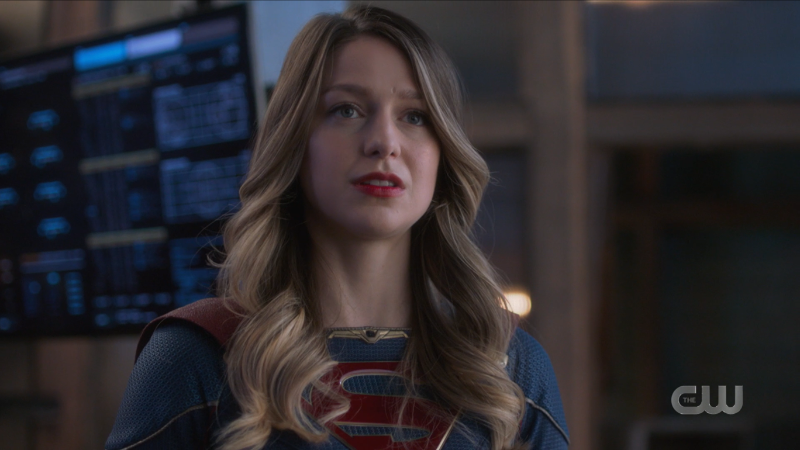 If we don’t get one more Danvers sisters couch scene before the end of the series, I will riot.

On the other side of the Tower, Nia is trying to use the Dream Totem to find Nyxly, but has a vision about Brainy instead. She storms off to find her boyfriend and demands to know why he’s going back to the future and, more importantly, why he didn’t tell her. He promises he was going to tell her soon, that he only just found out himself, so Nia declares that she wants to go with him. 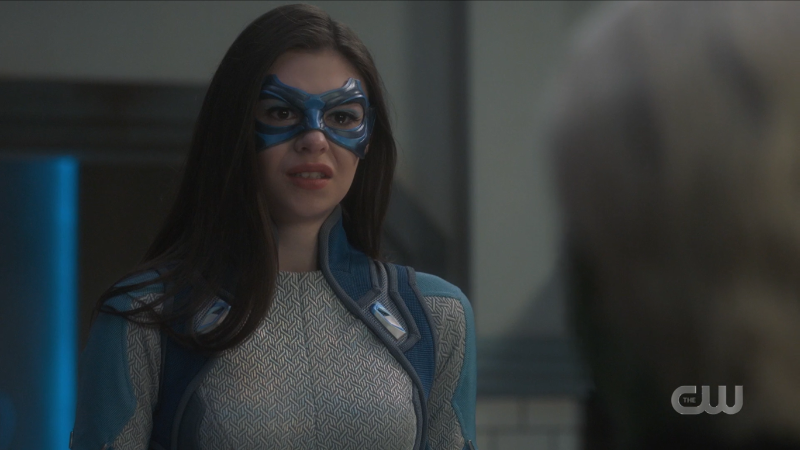 “You know Alex’s ears turn red when someone mentions Sara Lance but I will ask for her number and find you in the future myself!

Unfortunately, that’s not how time and space work, so instead they just have to be sad together. And one idea I had after this conversation, not a new idea by any means, is that once Nia’s journey with the Superfriends is over, perhaps she can become a part-time Legend. That way she’ll live outside of space and time, and she can both continue her life as Nia Nal and continue Dreamer’s legacy, but also be able to visit Brainy. And then we’d get to see her on Legends of Tomorrow now and then. Free idea, CWDCTV!