Social and medical scientists have repeatedly linked marriage to more positive physical health outcomes for its participants — but of course, by “marriage” they usually mean “opposite sex marriage,” and the commonly agreed-upon reason for this result is that without a good woman around, men absolutely cannot take care of their own shit. Just kidding! Actually, not really. 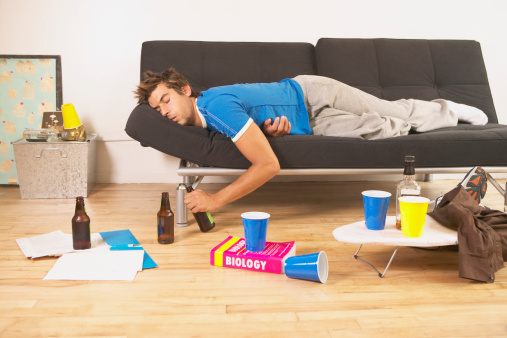 Here’s how the idea that “men count on women to supervise their health” is explained by Corrine Reczek and Debra Umberson in the introduction to their recently-published study “Gender, health behavior, and intimate relationships: lesbian, gay and straight contexts“:

“In order to explain this persistent and well-documented gender gap, previous research has relied primarily on gender socialization theory to suggest that girls are socialized from a young age to care about others’ health, while boys are not.”

Reczek and Umberson were curious, then, about how these dynamics would play out in same-sex relationships. See, there are two elements of gender socialization theory at work here. The “doing gender” theory posits that certain cultural ideals and conceptions of masculinity and femininity lead men to see promoting health as the woman’s job. The “gender relations” approach attempts to discren the interactional elements of this dichotomy, namely that “men’s inattentiveness, in relation to women’s attentiveness, toward health is not merely a function of individual performances of gender. Rather, these gendered performances persist as social practices that are constitutive of — and constitute — a gender order.”

Taken on its own, the “doing gender” theory would suggest that gay male couples probably sit around all day shooting heroin, eating Doritos, avoiding the gym and dodging the doctor, and that lesbians constantly nag each other about why the other hasn’t quit smoking yet. However, I don’t know if you’ve ever seen Anderson Cooper biking around Chelsea with his boyfriend, but if you have (as I have) you’ll probably be skeptical about the idea that men without women cannot be responsible about their health.

Thus, Reczek and Umberson interviewed 50 couples who’d been together for eight years or more, including 15 gay and 15 lesbian couples, to look at “health work” within partnerships, defined as “any activity or dialogue concerned with enhancing another’s health.” 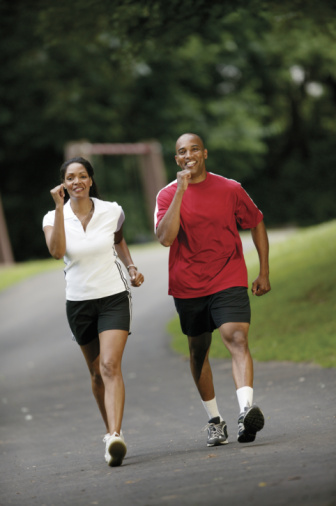 Over 75% of the couples they interviewed reported at least one partner “did some form of health work as a result of two reasons: the other partner had bad health habits, or one partner was considered the “health expert.” The heteros reported generally that men were the ones who needed more prodding about healthier behaviors:

Straight couples who identified one partner as the “health expert” almost exclusively said it was the woman of the house, and many referred to their wives as “health nuts” or “the health person.” Meanwhile, gay couples eschewed “health nut” shorthand and were more likely to provide detailed explanations and background regarding one partner’s superior knowledge in a specific health area. (Sidenote: The “health expert” concept is kinda funny ’cause it’s SO TRUE, there’s always the one person who takes that role, right?) 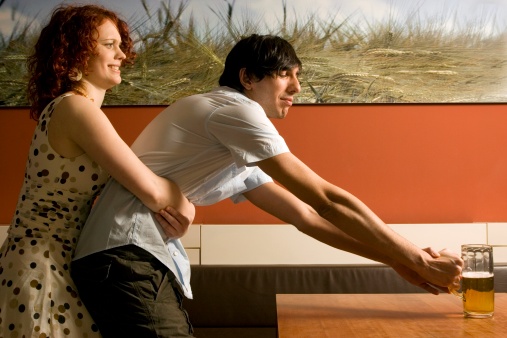 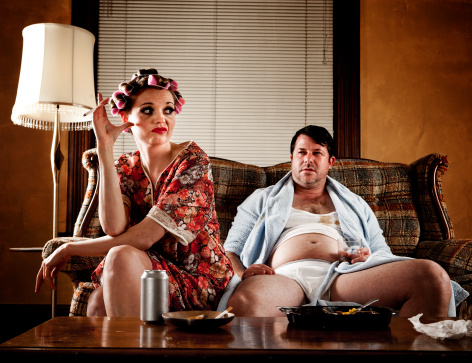 Gay couples described things like running and making healthy-eating efforts together, keeping each other “in check” about excessive alcohol abuse and tailoring one’s fitness routine to include the other. 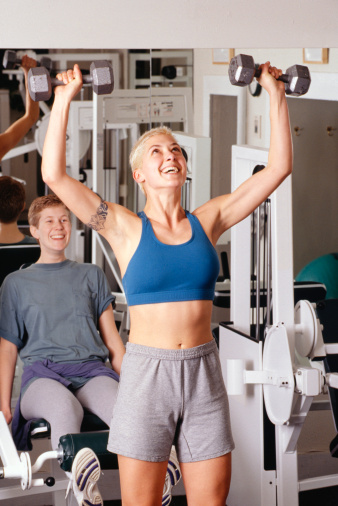 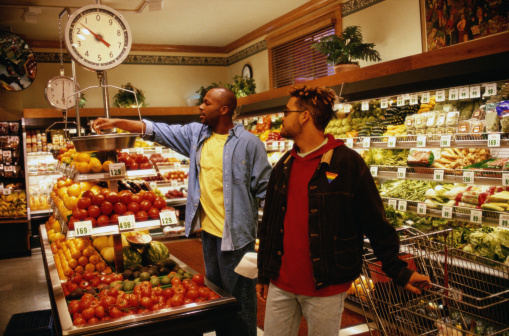 “Our analysis shows that gay men and lesbian women describe performing specialized health work in ways analogous to straight women. This suggests that health behavior work does not depend on whether an individual identifies as a man or a woman, but rather the relational and institutional contexts in which men and women enact gendered selves and sexual identities.”

But why, exactly, are gay and lesbian couples dramatically better at cooperative health work than straight couples? For starters, this is in line with other research that shows same-sex couples handle household chores and other “unpaid work” in a more egalitarian way than straight couples, although really arguably that’s just by default.

Reczek and Umberson suggest that there are other factors specific to gay culture, like that “two gay men may mutually draw upon alternative notions of masculinity that place emphasis on physical fitness and appearance and perform cooperative health behavior work to achieve this common goal,” that could impact results.

“…the social and institutional conditions within which gay and lesbian couples live – including a heteronormative and homophobic culture at large, and a non-institutionalized nonheterosexual union – structure a unique relational context for cooperative, more egalitarian health work processes to emerge.” 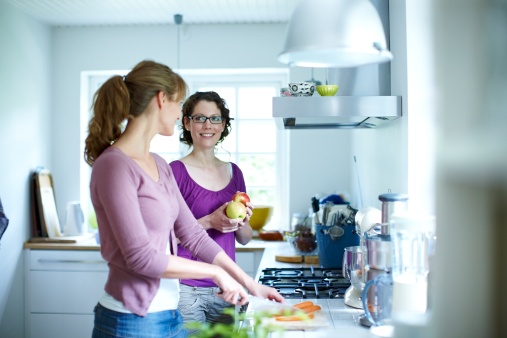 Although it’s much less interesting than the gender theory stuff, I’d be interested to know what impact sex-specific health needs/factors have on these sorts of results — as in; to what degree the biological differences between cisgender men and women affect their ability to take care of one another’s health. A straight guy is unlikely to have much insight on his girlfriend’s yeast infection, but another girl usually will, and often the closest “other girl” for a lesbian is her girlfriend. Once you reach a certain age, it’s likely that even if your girlfriend hasn’t personally dealt with your health issues, she’s got an ex-girlfriend who has and therefore subsequent insight.

Having dated men for seven years before switching over to the ladies, I was actually surprised (and relieved) at first by how different it was to date someone with whom my physical health was discussed. With men, I always felt it was something I just took care of on my own, or with the support of female friends. (To be fair, though, I stopped dating men at 23, I imagine discomfort around personal health issues may fade when you get older or are in longer-term relationships.) To be honest, I don’t think I would’ve been receptive to “health work” delivered by a man, and the only time I engaged in “cooperative health work” with a boyfriend, it quickly turned into a calorie-reduction contest/cooperative eating disorder!

Speaking of consuming or not consuming things; dramatic differences in metabolism between genders have a major impact on our bodies’ responses to adjustments in nutrition and fitness as well as the processing of drugs and alcohol, which are the two areas in which our health outcomes are most easily impacted by our partners and for which “cooperative health work” was often cited. That definitely gives same-sex couples an upper hand for working cooperatively in those areas.

We are educated throughout our lifetimes about how to take care of ourselves, and that education is very gendered, which gives us all a good base to take care of our same-sex partners. But where opposite-sex partners are concerned, it’s also a truth universally acknowledged that women are incidentally told a lot more about men’s health than vice versa because men dominate the cultural conversation and the media (a.k.a., “because of the patriarchy”).

There’s also the broader issue of political disenfranchisement. If we don’t look out for each other, who will, you know? We’re less likely to be insured, for starters, and we’re more likely to fear doctors and be disconnected from our families or other communities. Historically, we’ve achieved pretty incredible feats of community care-taking over the years, especially when AIDS first broke out and the medical industry shunned gay men seeking help or treatment.

We hear so much about negative health outcomes for LGBT people that it’s nice to have at least one little study that shows even though we’re often on our own out here, we do a pretty damn good job of taking care of each other. 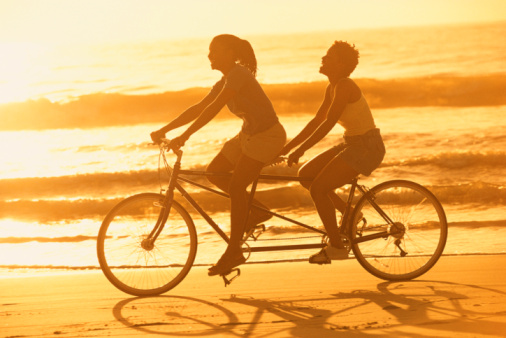 women enjoy the ecstasy of lesbianism

Before you go! It takes funding to keep this publication by and for queer women and trans people of all genders running every day. And A+ members keep the majority of our site free for everyone. Still, 99.9% of our readers are not members. A+ membership starts at just $4/month. If you're able to, will you join A+ and keep Autostraddle here and working for everyone?
Join A+
Related:Daily Fixgay statisticslesbian healthresearch