I have never bought anyone home to meet my family, shit I’ve barely bought anyone home to meet my friends. I used to be a bit wrapped up in being worried that my family wasn’t super ready to see me in my full dykeness, but I’ve since gotten far over that. But even when I was wrapped up in that, it wasn’t the main reasoning behind my choice to not play some queer version of Guess Who’s Coming To Dinner with my family and my girl — I just think it’s meant for someone special. I wouldn’t tell many folks my thoughts on it because I was afraid it was not only hella lame of me, but also hella hetero. We can’t lie and say that queer folks don’t sometimes make each other feel bad for being “vanilla” or liking things that can be deemed traditional in some sense. But then guess what — I got over that too. I leaned into the fact that it was totally fine to not want to bring every girl I kicked it with around my crew or around my mama. 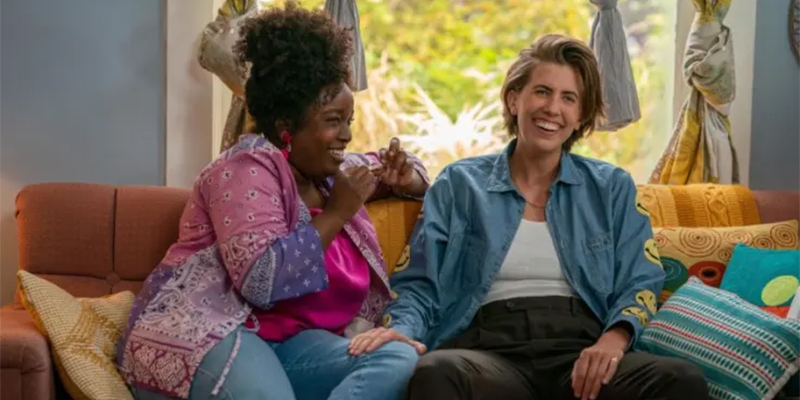 In the latest (and final) season of Hulu’s Shrill, we get deeper into the story of Fran (Lolly Adefope); and part of her story is introducing her new partner to her family for the first time. I’m constantly nervous to get invested in characters I connect with, especially if they are Black and queer, because there is always the chance the writers could give them some unnecessary and sudden change for the worse. In three seasons with Fran, the show surprised me and didn’t do that here with her. She kept growing, her storyline stayed a focus and they didn’t just make her “Annie’s BFF.” She was always her own person with a full ass life — and now, she’s in love. (Side note, Annie needs to take responsibility for the piece she wrote because no one told her to kiki with the KKK.) Her relationship with her partner, Emily, feels like the first real one she’s had as an adult. They are loved up, smoked out, and moving fast; well fast for me. That honestly may not be a fair assessment though, because we could be going ten miles an hour in a relationship and I will start screaming “SLOW THIS MUTHAFUCKA DOWN!!”

Even though I clearly have a centimeter of commitment issues, I still was seeing myself in Fran. She’d evolved in such a short time but healthily so and was allowing herself to be both scared and happy. Opening herself up to experiences that probably weren’t on her radar as early as a year ago, including introducing her partner to her mother. Last season, we learned that Fran’s relationship with her family was good but strained, mostly because of her queerness. She kept up the type of front I am all too familiar with when she was around them. She let them slide just enough slide until she couldn’t, choosing herself again in the process. It felt like she was done trying to fulfill their expectations and was ready to demand respect and not tolerance. 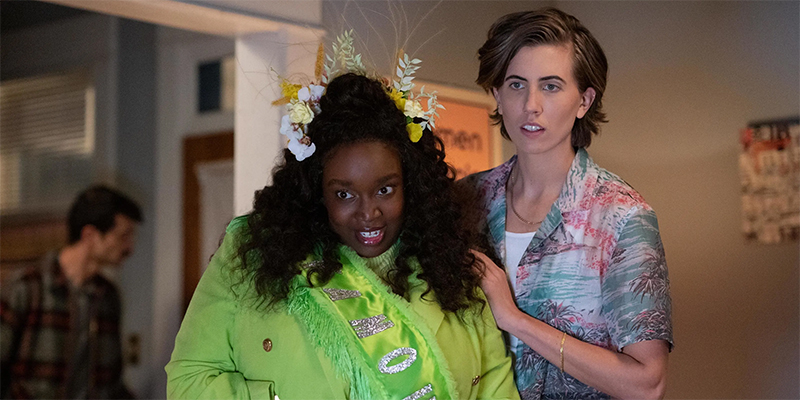 So when she made the call to her mother full well knowing her partner would be in the background, I hit pause. Things were going so well for her in every other aspect of her life — a new loving partner, a fresh job at the salon, a starring role in her at-home sex tape — that I didn’t want this phone call to ruin it. I know what it’s like to be living your best queer life only to have a family member knock you down with a two-minute phone call. So when I nervously hit the play button and her mum responded with sweetness to her partner I was relieved, and then I thought of my own future. I’m not currently in a relationship or dating anyone that I am thinking of introducing to the parental units but, It doesn’t scare me anymore. I’m looking forward to the day where my mom FaceTime’s with my girlfriend or gets a meme from my dad. Bringing them fuller into my world feels a lot less daunting if it’s on my terms, and I think Fran has the same sentiment.

Last year I wrote that I loved Fran because I love myself, and that still holds true as we wrap up her story and the show. For years I’ve used characters in television and film to connect with parts of I am or wanted to be. It’s been a pleasure getting to know Fran, one of the first babes I’ve seen on screen that embodies so much of who I am. I look at her and I see my killer body, my effervescent personality, my sweet determination, and even my quietest fears. In the final scene of the series, she comes to another realization about herself, something else to start exploring and unpacking in the next phase of whatever life brings to her. I don’t know what that will be, but I know I wish this fictional character the actual best. She will forever live in my heart and in my Hulu favorites, and I’m sure I’ll revisit her often. Until I do I’ll just say thanks for now, so thank you Fran — thank you for being my friend.