I read The Lottery in the 9th grade, as many U.S. students do, and fell in love with the work of the New England horror writer Shirley Jackson. I remember not feeling terrified like my other classmates (and sort of being terrified by that). Instead, I felt in awe of Jackson and her ability to transform my vision of story-writing. Someone had successfully shocked me and it was in this short story written in 1948. It’s only natural that when I heard of the release of Shirley during quarantine, I was excited to hunker down and spend time with one of my favorites.

It’s important to know that Shirley is certainly not a biopic and it’s very much a psychological drama as we live most of the film in the frantic mind of Shirley and often ask ourselves: “What is the truth?” Fictional characters Rose Nemser (Odessa Young) and Fred Nemser (Logan Lerman) are newlyweds and Fred is working as a teaching assistant for Shirley Jackson’s (Elizabeth Moss) husband, Stanley Hyman (Michael Stuhlbarg). The bubbly couple is invited to stay with Shirley and her husband while Fred works and Rose does housework. During this time is where Rose and Shirley build an incredibly confusing but strong bond. The film walks the fine line of reality and fantasy as the viewer weaves in and out of dream-like-states created by director, Josephine Decker, whose work mirrors the gothic style of Jackson’s stories. As viewers, we aren’t sure what’s real and what’s not but we enjoy the ride anyways.

I talked to Decker over the phone about how she decided to shoot the experimental film. “One of the things that’s most amazing about Shirley Jackson’s writing is that she kind of takes you from one world and into another almost without you realizing it and she has this fascinating thing that she does tonally that creates settings. So we were trying our best to really beholden to her in the style that we shot the movie,” she explains. In many Jackson novels, there are sterile landscapes filled with ominous townsfolk. Much of what the viewer sees of Moss is inside of her Vermont home, where the outside town is filled with people who are against her and have othered her into a reclusive lifestyle. Decker goes on to explain that inside of the editing room, they worked on making the film appear like the inner workings of Shirley’s mind and her subconscious imprints. As a result, the film comes alive. 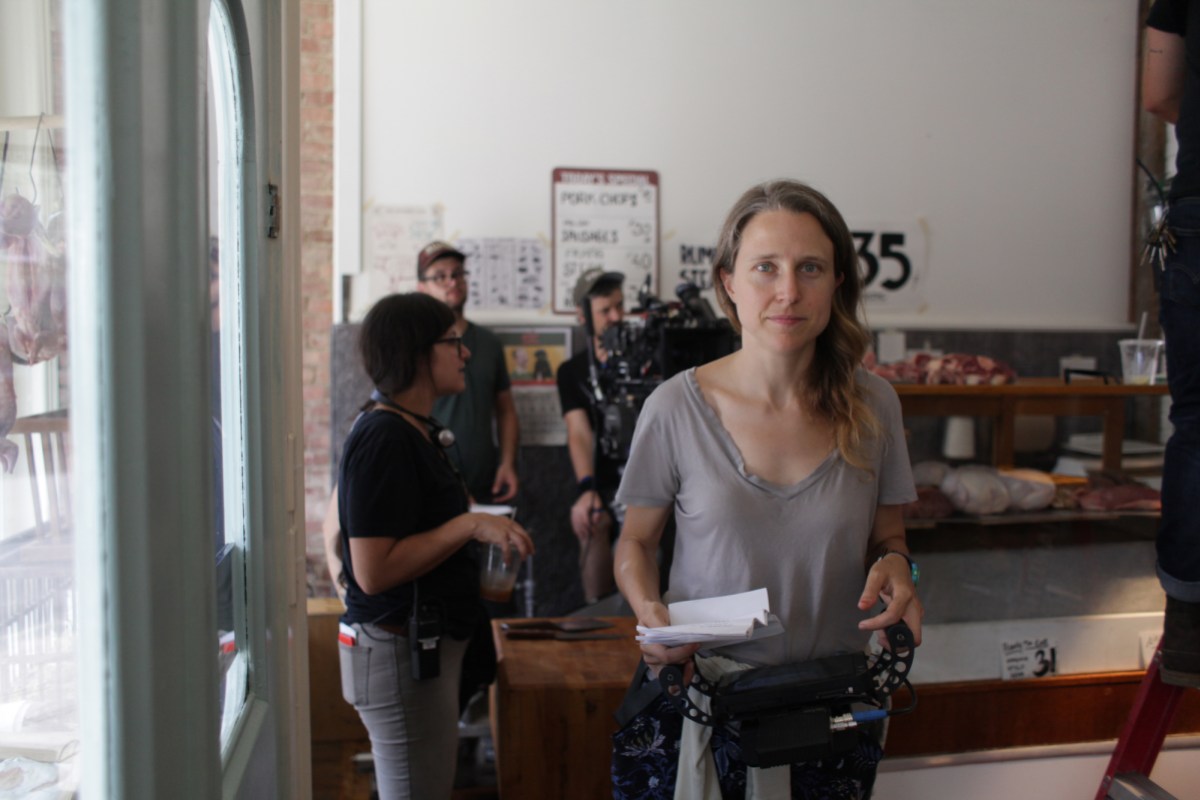 Photo of Decker by Thatcher Keats

Our journey with Rose begins on a train where she’s reading The Lottery. When she arrives at Shirley’s home she eagerly tells the author that her book made her feel “thrillingly terrible.” I can’t stop thinking about how perfect of a description this is. I’ve spent years trying to explain the excitement and horror that The Lottery has made me feel and those words encapsulate my emotions entirely. Shirley’s cold shoulder shows the viewer that this won’t be an easy living situation for the cheerful, red-lipped beauty that is Rose. She is thrown into a situation for her husband’s benefit and is now stuck being a caretaker of sorts for a difficult woman. And Shirley is indeed difficult. Shirley is dismissive of Rose and assumes her faithless husband is interested in seducing her. She struggles with addiction and agoraphobia, unable to leave the house. Rose and Shirley couldn’t be more different in these early moments of the film.

During Rose’s stay, Shirley begins working on the 1951 novel, Hangsaman, which was based on the real disappearance of a Bennington College student, Paula Jean Welden. Shirley begins to use Rose as a muse and blends Rose and Paula into similar characters while gaining inspiration from Rose’s appearance, choices and ultimate outcome. The boundaries begin to severely blur once Rose and Shirley become closer and more intimately intertwined. The tension as their friendship grows turns into a partnership where they depend on one another. Rose tends to Shirley’s needs and Shirley gives Rose the excitement she craves. Rose is certainly Shirley’s muse and we see this transition bend and arch throughout the film as they consume one another. 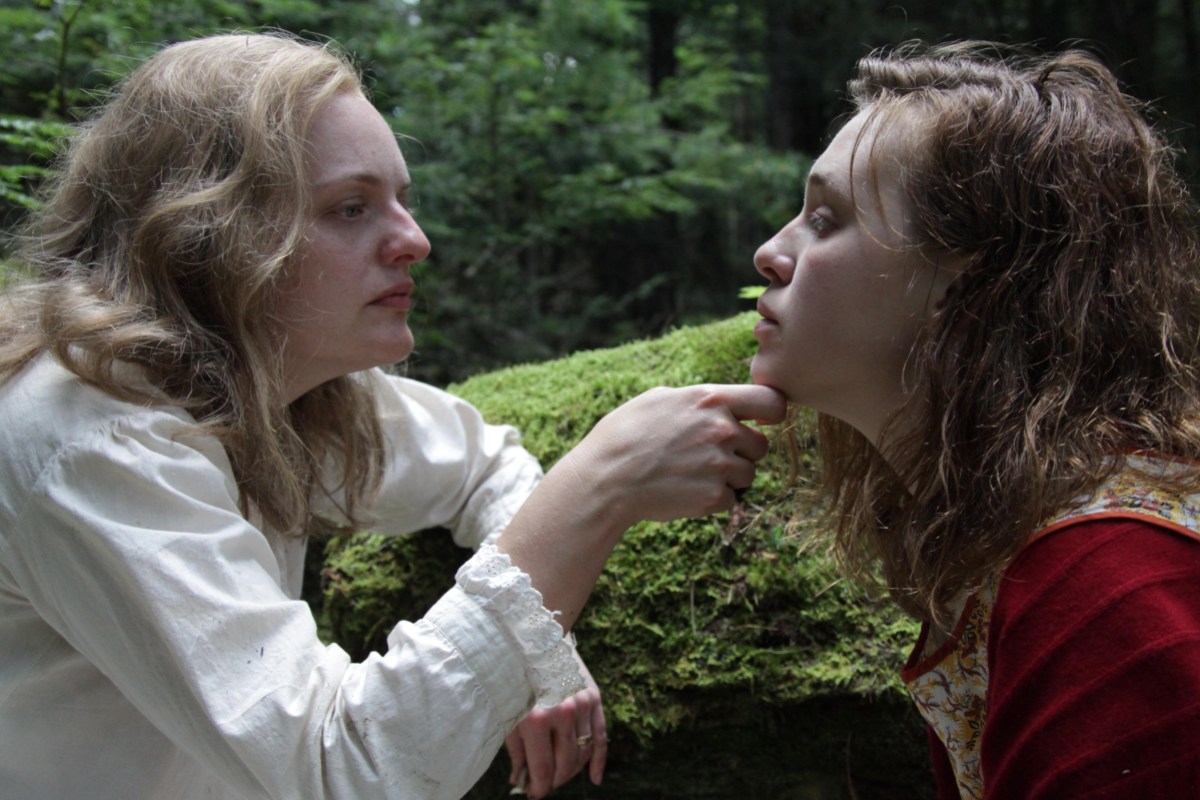 Moss, who plays Shirley, is wonderful and equally terrifying. In the beginning, it’s easy to dislike the moppy-haired writer. Lying in her bed, shouting insults at Rose and drinking too much, she’s a character that’s easy to brush off, which is exactly what many of the local townsfolk have decided to do. “Shirley is a wild character and she does a lot of wild things. She’s pretty unpredictable,” says Decker. As the film progresses, the viewer begins to admire Shirley for her strength, her work ethic and intensity with Rose, someone who radically transitions by the end of the film. I originally assumed Moss would steal the show; however, Young holds her ground, and ultimately, her independence and loyalty to Shirley is admirable.

At the initial start of the film, Rose is a put-together housewife cleaning the dishes in the Jackson-Hyman house and is quite literally physically transformed mid-film into a mirror image of early Shirley. With disheveled hair, we see her rolling in a pile of mud smoking a cigarette outside in the yard. It’s here that I notice Rose’s transformation. “We see her more and more looking like Shirley did in the beginning of the film,” says Decker. She is abandoning her experiences with Fred and fully divulging in the surprising intoxication of Shirley, her companion and friend in the Vermont household. Their mentor and mentee relationship or “tenant and angry landlord,” as Decker says on our call, becomes a surprising erotic relationship. It’s incredible how Rose’s appearance changes over time after she is deeply connected to Shirley. As she argues with her husband and as she confronts him, her transition is a powerful testament to how life changes can alter you entirely. While this is a film about Shirley, it’s about Rose — and so many other women — too.

The queer experiences between Rose and Shirley carry a unique weight in comparison to other obvious queer relationships in media. In Shirley, we are left clinging on to a moment that we never physically see. As the viewer, we engulf tense moments and queer intimacies and stitch them together to create a larger picture. We never see the in-between moments. We aren’t even sure if they consummate the relationship. “In Shirley Jackson’s own writing she will often have these very, very close female friendships that have, in a way, an almost romantic connection but is never that overt in Shirley’s writing,” explains Decker. “So Sarah Gubbins, our writer, took it one step further and made it a bit more overt and made the film into a piece where the eroticism was more explored but I think the movie is more about the intricacies about their relationship than it is about exploring a deep sexual relationship.” As a queer femme myself, I found myself cheering on Shirley and Rose. I wanted their experience to be valid and real. I wanted them to give in to their desires. Decker does a marvelous job of keeping the viewer guessing as to what is the truth and what is conceived. And at one point I realize the entire film could be a dream. “It didn’t feel super necessary to be explicit about their sexual relationship,” says Decker when I ask about the decision of how to document Shirley and Rose’s relationship. “I really believe in the viewer allowing their own assessments and decisions about what’s happening in the film.” Queering Shirley Jackson wouldn’t be the first time; many of her works have been read through a queer lens. The inclusion of the relationship makes us forget about the adultery forged by Fred and Stanley. In fact, sometimes we forget about the men in the film entirely.

As mentioned before, this psychodrama is no biopic. In fact, it’s set in a totally different time in Jackson and Hyman’s lives. In the film, they are childless, a detail that would have drastically changed the entire film. In real life, Jackson published several books referencing motherhood and even a book for new mothers after having four children. In real time, Shirley and Hyman would have been living in Westport Connecticut, not Vermont, and found themselves socializing frequently with friends in New York. It wouldn’t be until the 60s, after the success of several novels that Jackson would develop agoraphobia, detest her faculty wife role and begin a pill addiction. Creators of the film decided to fictionalize Jackson’s life to concentrate on the dense reality of marriage, femme friendships, and the troubled mind of a writer. 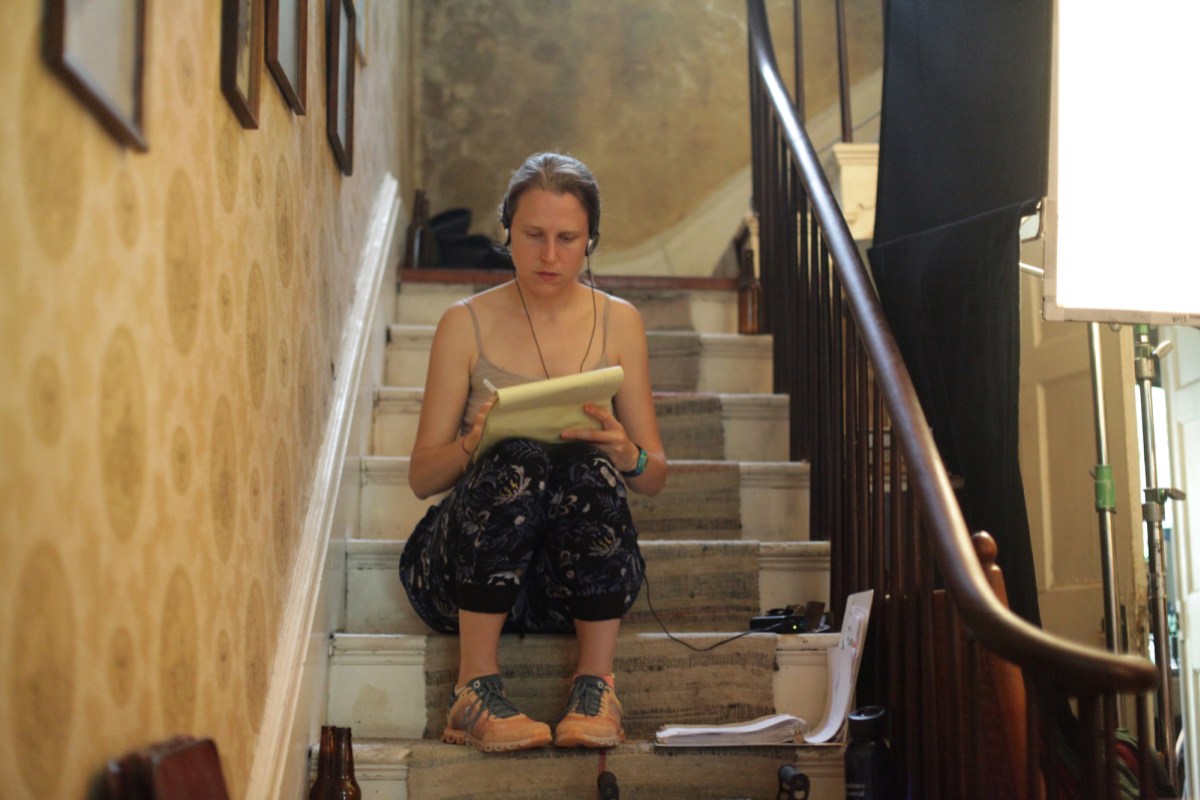 Photo of Decker by Thatcher Keats

“The audience is a story-teller, too,” says Decker. “They are a part of the film and they are participating in the project and in the journey of learning who these people are.” The viewer makes their own reckoning and they ultimately decide the outcome. It isn’t an easy journey watching Shirley. It challenges our notions of traditional story-telling and creates a cinematic mind-fuck. Much like a Shirley Jackson novel, we leave the theater (or in our cases, the couch), continuing the conversation about Shirley and Rose. When the credits roll, we don’t tune out but continuously tune in to the complicated and incredibly layered chaos that Shirley inflicts on us.

Shirley is currently streaming on Hulu.

S. Nicole Lane is the Editorial Associate for the Reader and freelancer where she primarily writes about women's health and sexuality, with a focus on celebrating kink, the LGBTQ voice, and sexual taboos. She has a column for Sixty Inches From Center where she interviews Chicago artists who make sexually charged work called Intimate Justice. Additionally, she is a sculpture and new media artist proudly living on the Southside. Follow her on Twitter.

S. has written 1 article for us.