Hey-o! It’s me Riese.  Welcome back to the weekly television round-up, once again produced by teamwork rather than individual dreamwork. But we hope to be back to your “regularly scheduled programming” next week. Haha! Get it? That was like a play on television words! But I’m no televisionary, folks, in fact, quite the opposite. I watch a show, and it gets prematurely canceled every time: My So-Called Life, that sitcom about Dinosaurs, The Critic, Thea, Me and the Boys, South Central, American High … I could go on. Instead, let’s look at some shows that actually ARE still on. This week’s roundup was put together by the lovely Intern Jess! and includes My Life on the D-List, Intervention (by Tinkerbell), Nurse Jackie, The Colony, Drop Dead Diva, Deadly Waters, True Blood, So You Think You Can Dance and Weeds! 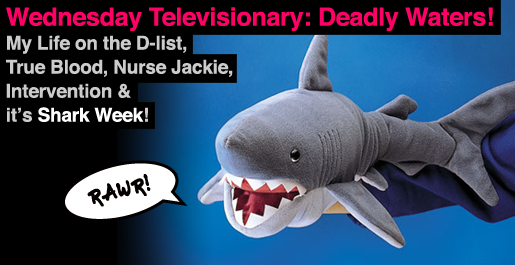 TV Recap: My Life on the D-List

Centered on the fight against Prop 8, this was hands totes down one of the more poignant episodes of this television show. Melissa Etheridge & Tammy Lynn Michaels prepped Kathy for activism, she canvassed the Sacramento suburbs attempting understand Yes On 8 voters, mentored homeless kids from the LA Gay & Lesbian Center on the importance of Matthew Shepard, and took it to the streets for a No on 8 rally. There was also a brief glimpse of an anonymous Jane Lynch in the audience of a charity event Kathy was hosting. During an auction, The Lynch bid $1,000 for cookies baked by the Etheridge clan, but was outbid by another upscale lesbian in the crowd.  Kathy (who is straight) using her show as a political platform for gay marriage is awesomely admirable – more of Kathy advocating for Union Marriage this way. 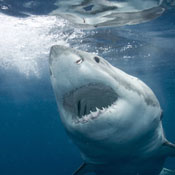 Shark Week is a Trending Topic on Twitter, that’s how you know it’s important. It doesn’t have any use for flimsy adjectives like “fascinating” or “scintillating.” Shark Week is AWESOME. Shark Week is EXTREME. That’s why, when searching for a host for “Deadly Waters,” a top 5 countdown of the world’s most shark-infested territories, the Discovery Channel chose “Survivorman” Les Stroud. He speaks in exclamation points! EXTREME! But no, really, this show was okay. In accounting for the high occurrence of unprovoked shark attacks, the message was a bit repetitive: more people + more sharks = more people getting attacked by sharks. Also featured were a handful of ridiculous experiments, including hand-feeding a shark at Location #4: The South Pacific, which led to the insightful conclusion, “If that had been my hand and not a piece of fish, I would have been in real trouble.” Despite unintentional hilarity and sepia-toned flashbacks, footage of a great white jumping 12 feet out of the water in a polaris breach or a clip of a shark banging repeatedly against our host’s cage made me remember why we all love Shark Week.

So without further ado, the top 5 most dangerous shark spaces are:

Wait, WHAT, our Florida?! Yes. There have been more unprovoked shark attacks in Florida than the other four places combined. This has tainted the memories of my childhood vacations. Thank God Intern Lily is moving to New York soon. 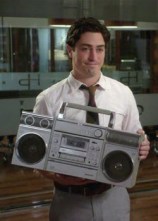 In the fourth episode of Lifetime’s newest series, Drop Dead Diva, Jane works on a case involving a cloned show dog named David Beckham II and also becomes a lawyer in her parents’ divorce. The problem, of course, is that Jane’s parents do not recognize her as their daughter because she is now “average looking” Jane and their daughter was “gorgeous model” Deb. This poses many problems for Jane as she was unaware that her parents’ marriage was failing and is consumed by emotions that Deb, not Jane, should be feeling. This leads to a series of awkward moments between Jane and her (Deb’s) family. Jane embraces her father with a loving hug during the divorce hearing. She drops her mother as a client after finding out about her affair. She breaks into her parents’ house to look at her old beauty pageant trophies. In real life Jane would have received a restraining order from her former parents. But this is TV and on TV a model can die and come back to life as a lawyer, a dog owner can sue a cloning company for not perfectly re-creating a title-winning dog, and that dog owner can win the case with just a simple DNA test of three other dogs. Life is so much easier on TV.