Hey did you see us and Dani on Late Night With Seth Meyers last night? That’s the best Pop Culture Fix thing happening today, but here’s the rest!

+ Nobody loves a wig like Sarah Paulson, which is surely at least one reason she’s signed on to play diet coach/cult leader Gwen Shamblin in a new HBO Max biopic series. It will be based on Marina Zenovich’s wildly popular docuseries, The Way Down, which documents the “profound control” Shamblin had over the congregants of the church she founded as an offshoot of her The Weigh Down diet program. Prior to the documentary being released, a couple from the church was arrested for murdering their son, and Shamblin died in a plane crash. This one’s not a Ryan Murphy project — but doesn’t it sound exactly like one? He’s looking at this hair right now and squirming with envy! 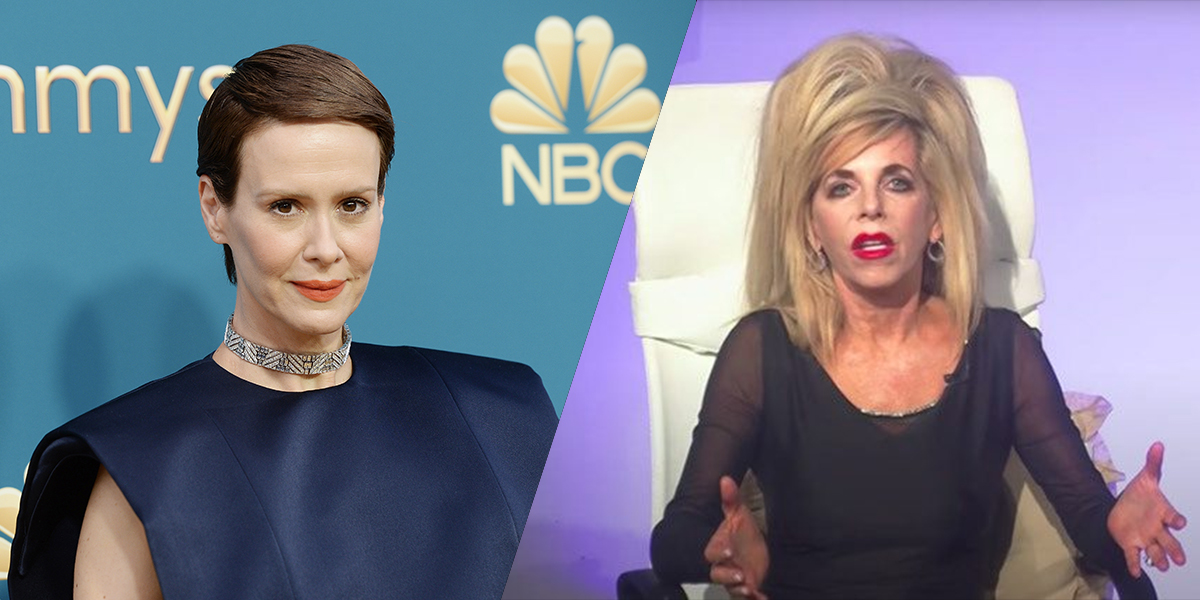 + May I interest you in some lesbian catnip aka The Women Over 50 Film Festival.

+ House of the Dragon’s queer mistake is even worse than you think.

+ ESPN will be airing the FIBA Women’s Basketball World Cup starting today and running through October 1st! Great news if you’re a women’s basketball fan who needs a stop gap between the WNBA season and women’s college basketball season!

+ Ashly Burch will be streaming Ashly Burch as Aloy in Horizon Zero Dawn for Access Reproductive Justice this Friday!

All right y'all, what should I play this Friday for the Access Reproductive Justice fundraising stream? (Come watch from 12 to 5 PST @ https://t.co/WBV9XbWgGG)