I don’t understand why Bachelorette isn’t a more popular movie. It’s one of the few movies that tackles female friendships in the most honest and brutal way possible. But even better, it showcases some of the most horrible, selfish, mean women ever to grace the silver screen. So obviously this makes it one of my favorite movies of all time. Seriously, I don’t even want to say how many times I’ve streamed Bachelorette on Netflix on any given week. This is the post-Mean Girls movie that I’ve been waiting for, and if you’ve been wondering what happens to the “Plastics” in their late twenties, this is the flick for you. 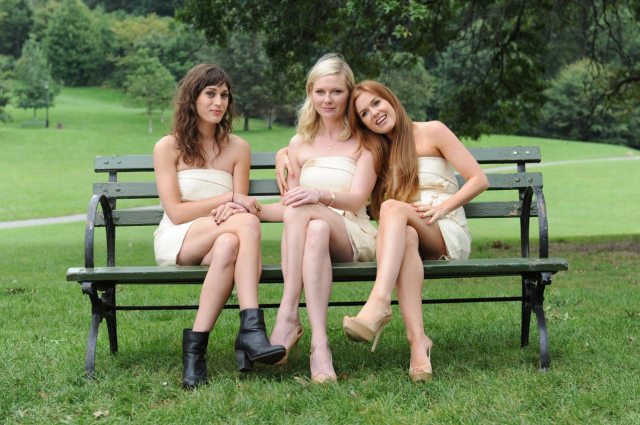 How do I even start to unravel the wonderfulness that is Bachelorette? The movie starts off with three high school best friends who are horrified when their other clique member becomes engaged and asks them to be her bridesmaids. There’s queen bee Regan (Kirsten Dunst), pretty airhead Katie (Isla Fisher) and reckless stoner Gena (Lizzy Caplan). Their horror pretty much comes from the fact that they can’t believe the fourth member of their clique, Becky (kick ass Rebel Wilson), the girl they use to call “Pigface” is getting married before them. That’s it. Becky is down to earth, and sweet and, as we find out throughout the film, truly cares about her friends and is the only character with any kind of dignity. But she’s fat so obviously her best frenemies are bitter and all of them coming together for her wedding exacerbate their insecurities which leads to binge drinking and a few dashes of cocaine here and there. What starts off as a fun drunken night with old friends (long after the official bachelorette party abruptly ends) results in a ripped wedding gown and Katie, Regan and Gena trying to fix it before the wedding takes place the very next day.

These three women take the term “frenemies” to a level I have never experienced on screen. They show complete disdain towards the success of their friend’s on coming nuptials and spend most of the early part of the night bitter and making fun of her. They are selfish, cruel, and thoughtless towards, not just Becky, but pretty much everyone else at the wedding reception.

But somehow, the rest of the movie is the three of them going to extreme lengths to give Becky the wedding of her dreams. Even through all their cruel jokes and hurtful jabs, there is a strong bond with these four women that transcends all that bullshit and reveals an affection that is as strong and important as it was when they were teenagers. But why? As much as they may act like reckless teens, high school is over and it’s hard to imagine that any of these women would be friends as adults. So why an entire movie about these women coming together to help, not just each other, but their old BFF? 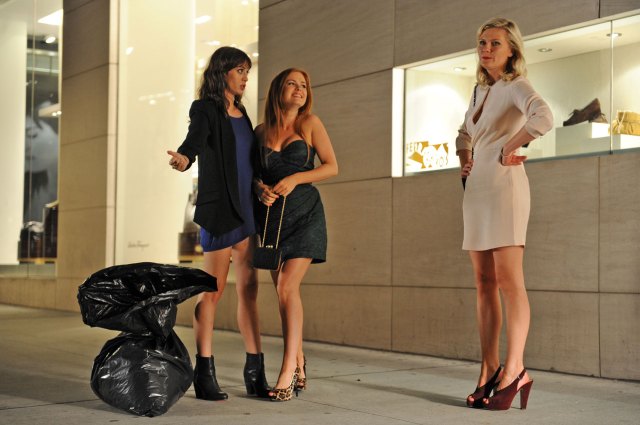 Robin Hitchcock explains this strange dynamic perfectly in her post, “Bachelorette Proves Bad People Can Make Great Characters”, for the site Bitch Flicks: “It may be hard to imagine how these characters became friends in the first place, but who didn’t build some unlikely friendships through the happenstance of high school classroom seating charts and locker assignments? And despite all their nasty behavior, it’s not hard to understand why they are still friends after all these years: Bachelorette masterfully illustrates the bond we feel with the people we’ve known the longest, even if they aren’t the closest people in our present lives.”

I totally agree with Hitchcock. All that dumb business of friendship bracelets and matching scrunchies is rooted in something stronger than any multi-colored hemp thread and much longer lasting. While we might outgrow our high school friends, we will never outgrow that amazing feeling of having someone who will totally have your back.

I don’t want to give any spoilers (go see it right MEOW!) the end of the movie remains unclear as to whether Katie, Regan and Gena grow or learn anything from their late night hot mess adventure, but there’s no doubt that their strange friendship was as strong as it was when they were teens. From what I read most reviewers couldn’t get into the film because of the unlikeable characters. But the uncomfortable level of unlike-ability factor is one of the things I love most about the film (second is Lizzy Caplan, duh). If likeability is so important why was HOUSE such a popular TV show? It certainly wasn’t because he was likeable, but he was still beloved and that’s how I feel about Regan, Gena and Katie. You don’t have to relate to their bad choices to understand the bizarre nature of female friendships. Screw The Hangover; Bachelorette is where it’s at.