I’m going to channel my therapist [who’s currently enjoying maternity leave while I slowly spiral into Jenny S2-esque insanity] for a minute here and ask: “Do you think it’s possible you’re talking about who killed Jenny to avoid looking at the REAL issue, Riese?” Good point, channeled therapist. What is the real issue? It’s not fear of intimacy or my buried adolescent rage … it’s that in approximately four months, we’re not just gonna lose Jenny. We’re gonna lose this whole show. All of ’em. All these ladies will effectively be dead to us, you know? What are we gonna talk about on the street in April when The L Word is history and The Farm is weird/not picked up? Then what kind of “Street Talk” will we have? What else is on the teevee these days besides Intervention?

Will everyone suddenly start reading books and then I can talk to everyone about books? No? Just me with the books? That’s fine, Tinkerbell reads, we have our own book club.

Speaking of “Street Talk,” today I’d like to recap Who Killed Jenny Part Two,” currently airing on Showtime TV and on the showtime website. I’ve also embedded it for you here. If you go to the website, look for the icon that couldn’t possibly be a photo of a teevee star. Think “washed out muppet.” Yes, there you have it. Click away! Let us begin.

“Street Talk” assembles a plethora of stunning and witty lesbians to talk crazy about who killed Jenny. Several influential and plausible theories are raised, which I will aim to address in this recap.

[personal sidenote: It’s 7:15 AM on Sunday morning. At 3:00 Saturday afternoon I arrived at the JFK airport to fly home to Michigan, my flight was scheduled on time at 4:10. Delta continued to adjust the departure time only after said time had passed — which’s to say that not only was it initially not announced as delayed & everyone was fully at at the gate at 4:10, but they continued to prolong the departure time in 10 minute increments for eventually seven hours straight, keeping us locked there and clueless and WITHOUT INTERNET.. We didn’t get on the plane until about 11 PM, at which point we were delayed another two hours before takeoff. All in all I just took a 12 hour trip to Detroit, and I’m still WIDE AWAKE like a crazy person. Now i’m gonna sleep all day and ruin everyone’s holiday cheer. Forgive me if this state of being is evident. I just went to the kitchen to get a muffin and my Mom yelled at me from what I thought was her deep slumber. Oh, home. I don’t need a muffin, muffins are for losers.] 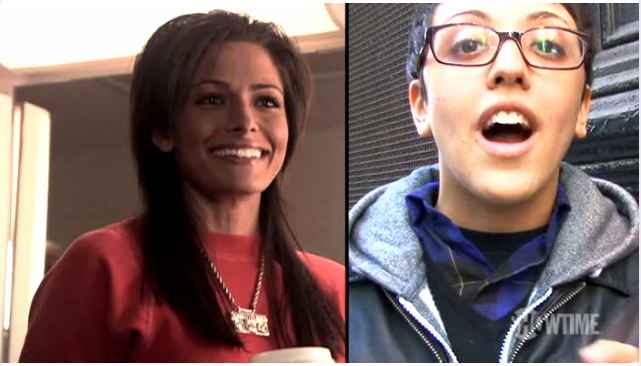 #1: Carly suggests, “I think maybe Carmen will come back and kill her.” I like this theory. Why? ‘Cause Carmen is hot and I also want her to come back and be sexy. I’ll take a dead body if it’s in exchange for Carmen’s smokin’ hot body. I bet when Carmen sweats, she sweats Axe Body Spray for Women, which doesn’t exist in stores and can only be found on Carmen’s adorably tough ‘n sexy skin. Specifically on the nape of her neck and the small of her back. 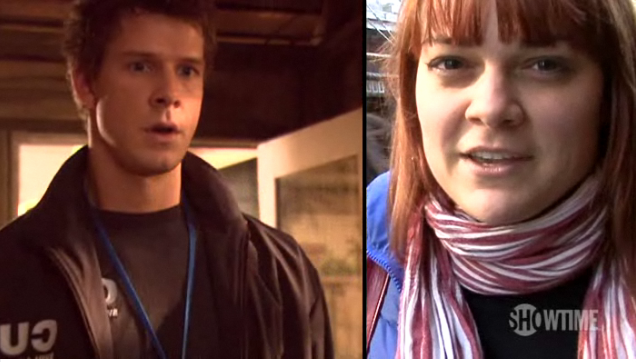 #2: Robin has this theory: “Tim, he’s like training with Michael Phelps and he comes back and he’s all like STRONG and he’s like “Jenny, like, I hate you, you like ruined my life!” Strong theory, and here’s why: Michael Phelps? He just won the Olympics. 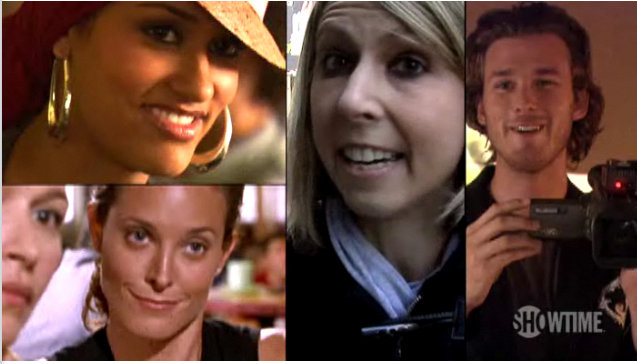 #3: Riese suggests, “Mark is gonna be there, and Papi’s gonna be there, and Dana’s gonna be there, and Kit’ll have a gun, and then it’ll be a bloodbath.” I don’t know what kind of drugs this girl has been smoking, but Mark could never hurt a woman. Actually on second thought this would probs happen. Dana already knows what it’s like to be dead, so she ain’t scared. And have you seen Papi’s balling skills? Exactly. LETHAL. 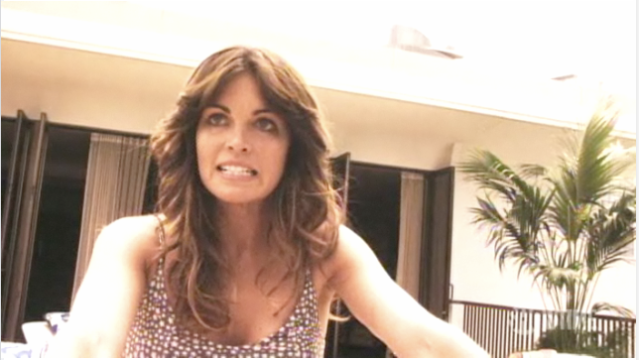 #4: Riese: “Nikki would kill Jenny to get to Shane.”
Actually, this is fo’ real my working theory. I’m not sure if Nikki’s more into Shane or Jenny, or if she just wants whomever she perceives as the hottest girl of the moment. Whatever it is, this girl’s got a brain like a hot air balloon and now she’s sporting Charlie’s Angels hair (killer hair!).

Plus she doesn’t have a soul, I checked last season. I said, Nikki, give me your soul, and she gave me a papaya. 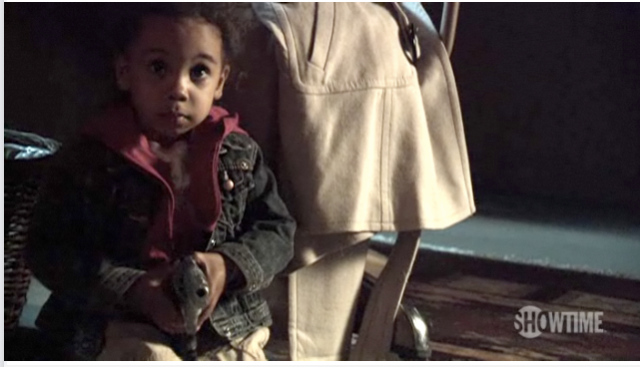 #5: Carly suggests — “I think Angelica killed Jenny. If you recall from last season she found Kit’s gun? She’s got a thirst for blood and Jenny’s the number one target.”

Besides Kit, Angelica’s the only cast member who’s ever come close to killing anyone. So honestly she should be number one suspect, it’s true. Like Maggie Simpson. Angie wouldn’t be tried as an adult, and then Alice would have to cover it up so they wouldn’t take Angie away from the Evil Gay Mommies. 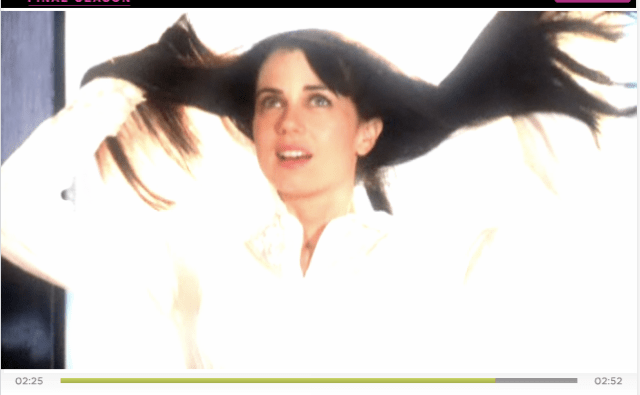 I also said she was immortal, but A;ex said it cuter. The point is that we both said it so we are probs both right, by majority rule.

What can we learn from “Street Talk”? That “Season Sux”‘s main plot point is so fundamentally ridiculous that the best theories we could come up with involved babies and dead people. None of The L Word‘s core cast is capable of murder, just like none of my friends are capable of murder. I mean, most of us don’t know anyone who’s ever murdered anyone, right? I mean unless you live on The Farm or whatever. It’s just really not that common. I understand the inclusion of marginalized under-represented groups, but “murderer”? Nah. Just don’t see it.

The bottom line is The L Word didn’t grab me ’cause I wanted to make fun of it, it grabbed me ’cause it was good. But why do I keep watching it now that it’s no longer that good? Well, it’s the story that we start with to tell our own stories … and, we watch it to make fun of it. You know, like how men talk about football but they’re really secretly talking about feelings. (Whenever I make broad generalizations like that, you can bet that I’m mostly kidding, P.S.)

What happens when the show ends, do we actually have to talk to each other about other stuff? It’s kinda weird, really. I mean it’s crazy enough — the lesbian community’s connection to this show — that you might even believe that it’d be possible to randomly find a group of lesbos on the street in Times Square in the middle of the afternoon who not only watch The L Word but remember Ivan, Papi, Mark, Dana, Carmen, Tim and all their respective storylines.

You know who I just remembered actually? Shay. Whatever happened to that kid. He’s at a very impressionable age, just saying. Video games and violent movies, kids these days.

The truth is we don’t really care that much about who killed Jenny, do we? Obvs Shane tried to save her, that’s why she’s soaking wet when they carry in the body. No-one else seems too scared or worried. So either it’s Nicky, or it’s suicide, or it’s Gomey.

Here’s what I want to know:

We should start our own show. It’ll be called Two and a Half Women, since apparently that’s a popular concept. Carly and I will be the two women, and Haviland will be the half-woman, ’cause she’s the shortest. I feel like already I have a stronger concept than Season Six. Omg Shenny.

Join A+
Related:transferred from automatic straddle 1.0