The experience of heartbreak is fairly universal. We have all seen a relationship with another person dissolve in front of us; whether it is a platonic or romantic connection that has ended, the feeling of absence and loss is present. The broken plans or the silent phone acts as a stinging reminder that someone isn’t part of your life anymore. It’s hard to attend a wedding after your vision of romantic love is tainted and to see two people who are deliriously happy when you are not. It is also a challenge when you have to get up on stage and pretend to be one of those people, when all you want to do is lie under the covers eating chips and feeling a sense of vengeance that now no one can tell you to stop being gross. Instead, it is your job to propel people’s unrealistic expectations of love.

Sometimes I think that playing an ingénue and falling in love with men on stage is easier when you don’t love them off stage. I can look at my costar and fall in love with a piece of his face. I can admire the straightness of his teeth or the fleck of gold in his left eye. I do not get confused in my real life, but I do bring a lot of my personal life onstage, and sometimes I wonder if it isn’t maybe a little too much.

The summer after my first year of conservatory, I returned to my small college town and its tiny community theatre, feeling all puffed up and confident. I had more theatre training than any other 19 year old in town and I knew I would beat out any competition for a role. I was determined and excited to use all of my new knowledge in the summer’s show. 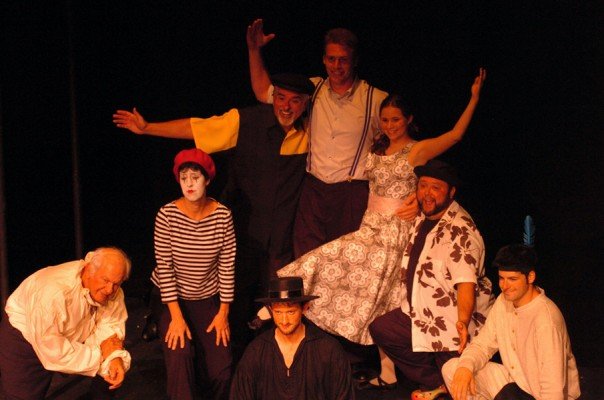 I booked the lead in the show “The Fantasticks,” got myself a summer job at Ross Dress for Less, and hung out with a group of friends I met through my best guy friend. He and I always dated the same girls in high school, but he had a straight and very awesome girlfriend that summer, so I thought we wouldn’t have any problems. Several weeks after I got home, I began a tumultuous fling with a former Mormon girl. She was cute and kind of into me, which was about all I could ask for in my town. That summer was filled with hookah smoke, hard lemonade, and too many secrets.

As my character, Luisa, was falling in love with a boy onstage, I used my fling to fill in the missing pieces. The butterflies in her stomach were modeled on my own feelings of relationship excitement. I thought about how I wanted things to be with this girl, as Luisa thought about how she wanted things to be with the boy. I used a lot of my real feelings in the creation of my character. I needed to pull pieces from my life to recreate them on stage and, in that moment, my fling was the closest thing I had to love. 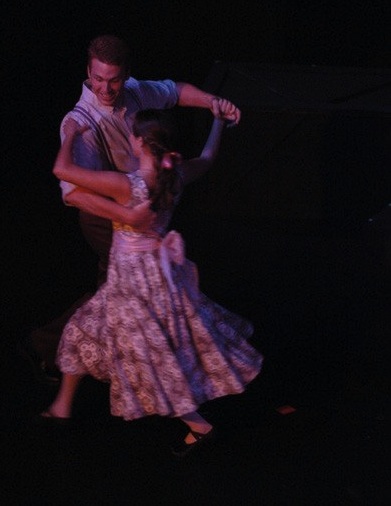 Just as the show opened, some of the lies that had been carefully hidden throughout the summer were uncovered. Stories didn’t line up and my childhood dream of being a detective was finally realized. My best friend got a call from his “buddy” while we were hanging out at his girlfriend’s house. He told us that he hadn’t seen this guy in a while and just really needed some alone time with him. There was something really weird about how he was acting, so like any sane teenagers, his girlfriend and I followed him.

We stayed several lengths back in the car, as they do in the movies, and it felt exciting and dangerous. He drove straight to the Mormon girl’s house. We called them both and allowed them to explain, but they both denied that he was at her house. They were so used to lying at that point that it was probably easy. Eventually, we told them that we were outside of the house and they needed to come talk to us. They told us they were in love with each other and had been sneaking around for at least a month. There were a lot of tears shed on the curb where our relationships fell apart.

I went into the show the next day and tried to be optimistic about love. After using her and our relationship as a muse, it was hard to take the thoughts of the Mormon girl out of my performance, but continuing to use her meant that I had to forgive her every night. So much of being an actor is about falling in love; every night, you have to fall in love and lend the audience your story to show them an ideal of romance. When the boy put his hands on my waist, I thought of her hands cupping my face before she kissed me. It was really painful to go back to that place of bliss and happiness and pretend that everything was good and pure, but that was the only way that I could get through the show. 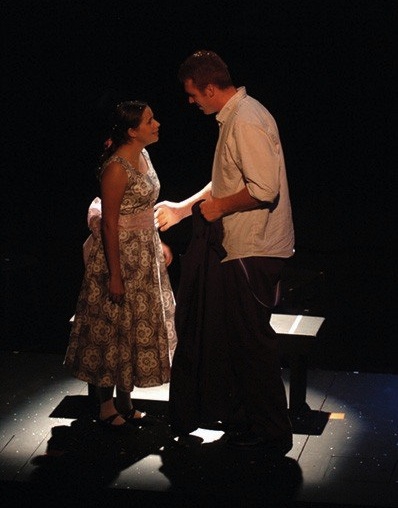 Over the years, I have figured out how to use parts of my life and then to completely isolate these things in the context of the show. All sorts of emotional personal moments are used and heightened, and then reality is forgotten. It is important to use the bits and pieces of love from life, but not its entirety. It is always interesting to pull out an old song, because the thoughts and memories that I used to create the song are tied to some girl who I am no longer in love with. Through that song, I go back to where and who I was, when I’d originally learned it, blocked it, and prepared to perform it. Sometimes, I have to rework songs or leave them alone, if they are too closely connected to my reality. It is important that they are emotionally accessible to me as an actress whenever I need them, but it is equally as important that I allow myself as a person the time I need to grieve and to heal from the personal memories the songs tap into within my own life story.

That summer, I learned a lot about separating myself from my work. There is no room on the stage for a performer’s personal problems. There are, however, cathartic elements that an actor gets while performing a show. I get to bury myself in a character for two hours and I don’t have to deal with my problems, as I am not myself, I am her, and I am focused on the experiences of that character and of being truthful and honest in my reactions to the events happening in her life. For that time, my life is on hold and I don’t have to think about the fact that my phone is quiet, because I am busy being someone else. Only a few months later, both the show and the summer ended. I severed my ties with the boy who had been my best friend and the girl who I had kissed and I flew off to New York to finish school and start my life.

If you are interested in seeing myself and other queer girls singing and acting our loving, broken, healing, open hearts out, join us at the next Lezcab Sunday April 21st at the Duplex in NYC.
For more information go to Lezcab.com.

Hope to see you there!