Welcome to Autostraddle’s 2021 Black History Month essay series. In their recent stirring multi-media anthology Black Futures, Black queer creators Jenna Wortham and Kimberly Drew ask, “What does it mean to be Black and alive?” And so, this Black History Month, Autostraddle is reaching past, and pushing forward, to explore realities beyond (the pain of) what we have inherited. 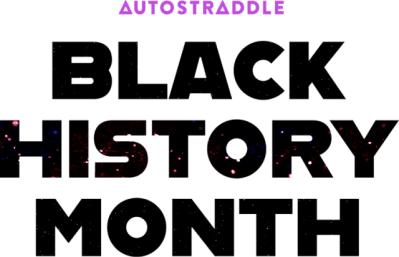 “Those of us who stand outside the circle of this society’s definition of acceptable women; those of us who have been forged in the crucibles of difference – those of us who are poor, who are lesbians, who are black, who are older – know that survival is not an academic skill…For the master’s tools will not dismantle the master’s house. They will never allow us to bring about genuine change.” ― Audre Lorde, Zami: A New Spelling of My Name

I think about all the ways that just being herself was a risk. To be openly queer and Black was a radical act. Add being a person of faith? Something is always out to attack our intersectionality.

I’ve always wanted to write like Dorothy Chan and Tiana Clark, with the fierceness of Alexis Pauline Gumbs. Just this past week, I hosted a reading where I was the feature and all my poems were the best kind of raunchy. I listened to the work of Imani Davis and Raych Jackson and marveled at their vulnerability and honesty. I cried for days after wishing I could be that brave. The freedom that seemed to come naturally for them, was still awkwardly resting in my mouth.

And what about Tokyo at night and Ingres’ Princesse de Broglie
and whips and bodysuits and catsuits and handcuffs,
kinking it up, the whole boudoir
delivered to my doorstep, and in this sushi bar in Downtown Phoenix
when the whipped plum ice cream comes — Dorothy Chan

I longed to unburden myself of the Baptist shame I’d carried around for years. Growing up, no one besides Audre and Adrienne Riche spoke about their desire or the body, and being sheltered in private school and the weekly church functions didn’t leave much room for exploration. Nor did I dare to explore that side of myself. Thirteen years of Christian school uniforms, choir practice, and Bible quiz bowl every year. Secretly, I always wondered what the book of Songs of Solomon was about. I’d hide under my bed reading verses that painted vivid descriptions of a woman’s breast or the curvature of her backside. The pages my mother and school kept concealed.

Yes, the boy hovers
above you, a generic ruffle
of gasp & ohmygod. But let’s not
kid ourselves, shawty. We both know
to whom you really pray. Brooklyn’s sky
is too twitchy for stars, so this is all
you know of night: — Imani Davis

For years, I have been aching to write about sex and desire. Each time I do, it is a trip into a bear field, a walk on a tight rope, a risk that is always worth it but still terrifying. The first time I attempted, it just came to me. During a writing session one night, a repressed memory popped but up in my head and the words started pouring. I was recalling the trauma of my mother exercising the demon of my queerness. I was twelve or thirteen and her friend came over to visit her and brought her daughter. Our mothers told us to go to the room and play together so we occupied our time with babies and action figures. I’m not sure how we even started, but before you knew it we were talking about bodies and giving ourselves pleasure. I asked her if she’d been kissed before and we practice mimicking the motions on our hands. Then I told her I had discovered a new way that I thought was very innovative: rubbing my vagina on the bedpost. I asked her to try it with me. We were having a good ole time grinding until my mother and her friend walked in and caught us. What’s left with me now is the memory of being taken to the basement and being exorcised. The holy water, the oil, the scripture. They were convinced we were possessed. We never spoke of it again.

Looking back, I understand my mother didn’t know what else to do. God and the Bible, scripture was all she knew. After writing the poem, it made its way into my new book and into the play production, I wrote. I knew I’d have to read it on the opening night of my show. Who was dead front row center? My mother. I stepped on stage, started with a joke, then opened with the first sentence which gives the whole memory away. “When I was twelve or thirteen my mother caught me and a female friend dangling our vaginas.” She just smiled, but I’m not sure she understood the gravity. In that moment, I felt like I was flying and truly free. A memory that I had pushed down was being told with confidence and boldness in front of my mother almost twenty years later.

It wasn’t like my mom hadn’t seen me be wild on stage before. Just the year prior, I directed the Vagina Monologues at the University of North Carolina Wilmington and performed Eve Insler’s moaning triple orgasm scene with my mother in the audience, but she’d never heard my own explicit words. Never a true memory that she had encouraged me to repress, to bury so deep, I thought it was a bad dream.

After the show, she took me for pizza, and we didn’t talk about it. She said, “That was a really good performance — anything you want to tell me about it?” I replied, “Nope”. We just kept going. We never spoke of it again.

It’s that silence that makes me continue to write, knowing the risk. The things we never speak of. The queerness. I can count on my hand the number of times we have. The time I told her my friend and wedding officiate was gay, and she said “Maybe she’s confused.” I knew the conversation was pointless, so I said, “No, she’s been gay. I think her mind is pretty made up”. And that was the end.

As I become more comfortable with my true self and exploring my sexuality and sensual writing, I also become hyper-aware of the risk. Someone could read my poem and that would be the end of me.

The fear isn’t just of my mother or immediate family finding out about my double life through my writing. Last month, I hosted my monthly Women Speak poetry reading, and like clockwork, the panic set in that my in-laws would see it on Facebook and decide to come. Each of whom are pastors with no idea that I am queer and married to their son. I know they might eventually read my two books coming out this year that talk about queerness and desire, and that creates daily anxiety.

To publish books and stories about sex and desire make me feel more in tune with my spirituality, but that’s not something easily said to in-laws that you want to see you as wholesome. The taboo is always looming. Where I’m from, Black folks don’t mix the spirit with the flesh. The desire with devotion. Keeping up the act is exhausting. Hiding certain articles I’ve published on my website so people don’t click on them. Deciding not to announce that I’ve been featured in queer anthologies. The tinge in my stomach that someone will see my recent poem publication announcement and I’ll be outed.

How do you tell them your poem about pussy doesn’t negate your love for God? That your spirituality isn’t separate but an extension of you? Can you imagine the awkwardness at the next family gathering? I remember when my aunt saw the article I shared on Twitter about not feeling attractive to women, non-monogamy, and navigating the queer community while married. I told her it was just research for the story. My double life had caught up with me once again.

Somehow, these authors’ determination to live fully and truly themselves was worth the risk of disowning and fear.

Now, all my work hinges on that intersection of spirituality and sexuality. The dichotomy of desire and spirit. What I’m learning is they are connected. That every time I speak out my identity, I am freeing the shame that has followed me for so long.

when I was 12,
my mother caught me
& a” female friend” dangling
our vaginas on the
end of the bedpost
like live bait.

rubbing our maple wood
against the slippery pole
trying to catch a spark
on the cold, hard thing
between our legs
The mesquite of our innocence
roasting
over flames sent signals to the room
where my mother and her friend
sat talking,

And we were just at the point
of falling
off the bone,

the moment where the pink
of the Salmon is so tender,
when she opened the door,

doused our flame with holy

water & scriptures, made us bow
our head and promise to forget
the sweet communion of burning.

Years after she scrubbed the cedar
from our clothes, I learned
that my body is only alive
when it was free to choose
when & where it starts a fire, how
long it allows itself to be
wet & waiting.
The power comes in
knowing that your body is no tadpole,
nor fish to roast over hot coals,
it is the flame itself,
the blue and red ghost that
survives even after the smoke clears.

More of the author’s poetry: WAP as Wishing Wells, Through the Looking Glass, Eve Leaves Adam for Yvette, and also Mackrel in its original typed form.

Khalisa Rae is an award-winning poet, activist, and journalist in Durham, NC. Her work has been seen in various literary magazines such as Tishman Review, Rust and Moth, Frontier, and she currently writes for NBC-BLK, Black Girl Nerds, Catapult, B*tch Media, among others. Her debut collections, Ghost in a Black Girls Throat are forthcoming from Red Hen Press on April 13, 2021, and Unlearning Eden from White Stag Publishing Jan 2022. Her mission to empower women and girls through body liberation and healing generational curses.

Khalisa has written 1 article for us.