If you had told me two years ago that someday one of my top five favorite things to watch would be a bunch of (self-proclaimed) nerdy-ass voice actors playing Dungeons & Dragons live for 4-5 hours every week, I would have laughed in your face. I barely even knew what D&D was; the entirety of my knowledge came from Big Bang Theory (and media like it), so I assumed it was for very nerdy, women-fearing and/or women-hating straight men shouting rules about magic at each other. What place would a queer woman have in that?

But then, toward the end of 2017 my friend Taylor started sending me gifs of these very cute nerdy girls and telling me about this show she’s obsessed with called Critical Role. I was knee-deep in scripted series but she mounted a patient defense and a steady attack of gifs, stories, and clips. Her goal was to prime me and convince me to watch by the time the new campaign started in early 2018, but she severely underestimated the pull of the Keyleth vs the Cliff clip, so she sent me a one-shot that involved some of Critical Role’s main players so I could get a sense of what an episode would feel like.

And at first it felt a little like they were speaking a different language – I had never heard the term “D20” and what the hell is an “arcana check” anyway? – but before long two things stood out to me: D&D is about storytelling, and those stories can be as queer as you want them to be.

While not a regular part of the Critical Role cast, the one-shot in question guest starred Ashly Burch, who you might recognize as the voice of queer icon Chloe Price in Life is Strange. In this one-shot, her character was in love with regular-cast-member Laura Bailey’s character. We learn this almost as soon as the game begins, and as soon as I realized it, it felt a little like someone came and unlocked the door to a wing of my house I didn’t even know was there. I had so much to learn, and boi do I love learning. 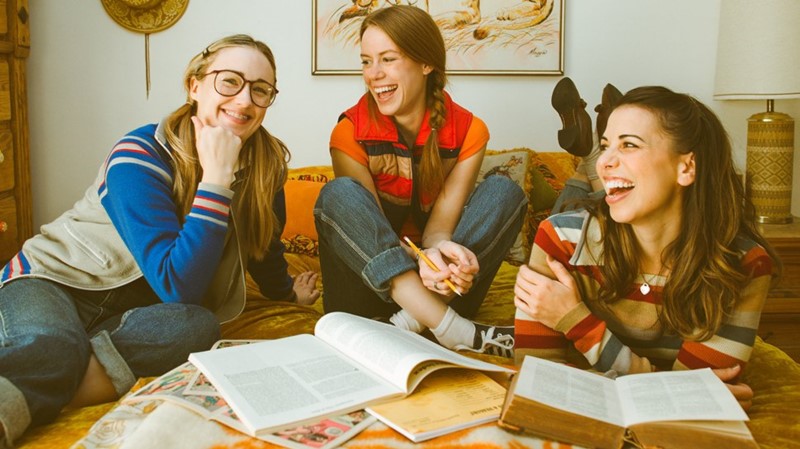 The ladies of Critical Role, my beautiful nerds.

So instead of waiting for the new campaign, I dove headfirst into the nearly 500 hours worth of gameplay from the first Critical Role campaign, Vox Machina. Now spanning more than one sitting or one mission, the storytelling was even more apparent. The livestreamed campaign had started as a home game beforehand, so the players were already comfortable with each other, the characters already established, and since the players were all voice actors, they’re really in it. So it’s not only storytelling and acting, but also during the moments they’re not in character, there are moments of true friendship. There were men and women, queer and straight, and throughout the game, whether it was the Dungeon Master Matt Mercer playing non-player side characters (NPCs) or guests (like Lumberjanes and She-Ra creator Noelle Stevenson who played the butch and badass Tova), there were characters of all races (in the way we understand race as being about where you’re from, and also in the way the fantasy realm classifies it as being about whether you’re an elf or a gnome), and sexualities. There was no gatekeeping or shaming and even though these adorable nerds had been playing the game for years, they still had to ask questions like “which dice do I roll for that?” and the DM is patient with all of them.

While I was home for Christmas that year, I was watching episodes of the Vox Machina campaign every time I found myself alone, and sometimes even when I wasn’t. My parents and brother all asked in turn what I was watching, and they all scoffed when I told them I was watching people I don’t know play D&D. And while the concept itself is a little out-there, I admit, it was the way they said, “As in Dungeons & Dragons?” that irked me. I couldn’t hold it against them, because I had been the same way mere months before. No, I held more issue with the toxic culture that has followed the game through time.

The cast of Critical Role certainly aren’t the first open-minded group of players ever. It wasn’t exclusively a boys’ game—in fact, Matt’s mom even played—but it was portrayed that way. I can’t say how toxic actually playing with men was, but I can say that what I heard, and what I saw on TV or in movies, didn’t make me feel like it was the kind of game I’d feel comfortable playing, or even talking about outside carefully curated groups.

Of course by the time I clocked 24 hours of Critical Role, I was ready to play D&D myself. My friend said maybe someday we could start a game, and listed some of our mutual friends who would be interested. And I realized it would be a game of all queer women. Taylor helped me build my first character, and she was queer as heck. In September, I played my first one-shot, DM’d by fellow Autostraddler Jenna, with her wife Steph and Dufrau as fellow adventurers. D&D is about storytelling, and queer people have plenty of amazing stories to tell.

When Critical Role’s second campaign started in January 2018, I had no idea what it would come to mean to me. It was just a new and fun thing to see these same actors playing brand new characters. But 2018 ended up being a really shitty year. For the world at large, and for me on a personal level. But as my year got worse, Critical Role got better. Marisha Ray’s character Beau was coded queer from the start but I wasn’t sure if it was me projecting…until it was made clear she very much is queer.

Marisha is constantly perched on my heart.

Ashly Burch guested again, for a multi-episode arc, and played queer again. Ashley Johnson’s character is also queer. And on top of all that, there was still this underlying sense that these actors, every one of them, was having fun. They seemed to love each other and truly enjoy playing this silly, nerdy game together. They just happened to be livestreaming to hundreds of thousands of people. 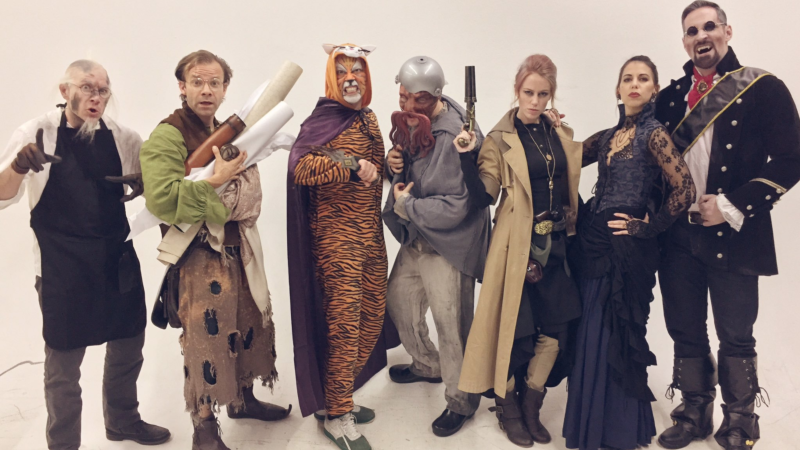 They dressed up as NPCs for Halloween because of course they did.

I was watching both campaigns concurrently, so I always had as many hours available as I needed. (In fact, I still haven’t finished the Vox Machina campaign…only half a dozen episodes left!) These actors weren’t my friends, but they were each other’s friends, and I took great comfort in that. And I had friends who had already seen these episodes, and me shouting my emotions in their general direction and then responding in kind brought us closer. At this past New York Comic Con, I met Marisha and Laura briefly to get their autographs, and I thanked Marisha for showing me that queer women had a place in D&D, and I thanked Laura for bringing me lightness in a dark year, and they both made eye contact with me and smiled at me and told me they understood that we need all the joy we can get, especially now, and I could tell in their eyes that they really did understand; I felt seen, and I finally, finally, felt like maybe the wounds were starting to heal.

I still can’t explain it, not really. Why I love Critical Role as much as I do. Except to say that D&D is about storytelling. And I love stories. 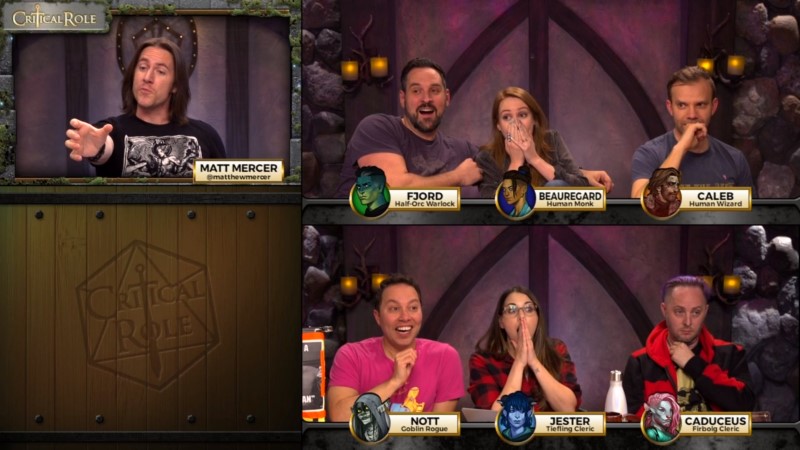 They love it, too. Promise.

If you want to get into Critical Role, I highly recommend starting with the Mighty Nein campaign. While there is still quite a bit to catch up on, it’s less than 200 hours of gameplay instead of almost 500. And there are always one-shots you can check out to see if watching people play D&D is even your jam. The one I started with is called The Return of Liam (at least on YouTube). If you want to learn the basics of D&D from these very same nerdy-ass voice actors but NOT through the jump-in-the-deep-end method, they have an ongoing series called Handbooker Helper that starts from what the hell those multi-sided dice are about and slowly works up to building a character and beyond.

And if you already know you love D&D but have been waiting for a troll to open a gate for you…wait no more. There’s another way in, and it’s troll-free and proud. Create your own story, and make it as queer as your little heart desires.