Q-taku is a column by Rose where she discusses anime, manga and other parts of associated pop culture and its fandom, and her take on it all as a queer feminist viewer. 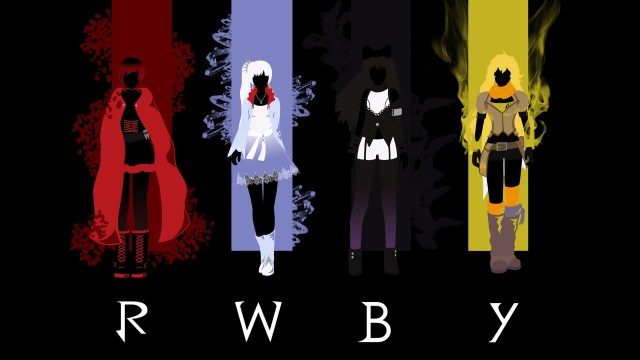 Anime is a pretty varied medium, with a wide variety of visual styles. But there is one particular aesthetic – the big eyes, wild hair colors and action-packed battle scenes – that’s associated with it more than any other, and when even American productions like Avatar: The Last Airbender copy it, those shows tend to be popular among anime fans. So for a column that I intended from the outset to be about anime’s fans as much as the series themselves, I figured I should cover the latest anime fan fixation I wish would go far, far away: RWBY – even though it’s American and, thus, not technically anime.

RWBY is a web series created by Rooster Teeth, a group of mostly dudes who became famous for their parody series Red vs. Blue, created from altering footage of Halo games. It got big enough for them to get Microsoft’s endorsement, and to be available on mainstream streaming sites such as Netflix. And last year, it made way for RT animator Monty Oum’s own pet project: RWBY, which likewise was embraced by anime streaming site Crunchyroll and took off with anime and gaming fans alike.

So what is this show about? RWBY is about a group of girls with powerful magical potential, attending a magical-combat school to learn to defeat supernatural monsters and make friends. Four of them form a team called RWBY, from their names: Ruby, Weiss, Blake and Yang. At the end, it turns out that one of them is a part of an oppressed minority of humans who have cat ears/monkey tails/etc. and some of these “faunuses” (as they’re called) have started a terrorist group that threatens their society’s security. Or something like that. The thing is… RWBY is kind of a mess.

Its technical failings have already been well-documented around the Internet. The show looks awful (with numerous amateur animation problems), the writing is so full of clichés that it seems assembled from a dartboard of TVTropes page titles, and the voice actors make a high-school drama club sound like professionals. Fans like to excuse these issues by claiming it’s a “fan-made production,” but as mentioned before, Rooster Teeth is a licensed Microsoft partner; they’re far from “normal fans.” Others like to claim that they’re willing to overlook its many issues in order to have a fighting series that is centered on (so they claim) interesting female characters, and relationships between them. That claim, at least, deserves more respect and scrutiny, and has contributed quite a bit to the series’ popularity on feminist-fangirl hubs like Tumblr. So let’s look at if there’s anything to that.

A few years ago, the website Overthinking It came up with a “Female Character Flowchart” to document the many types of repetitive one- and two-dimensional female characters we see over and over again in fiction. I have it bookmarked, and my friends and I’ve brought it out many times over the years when we got into new shows, to see where the background female characters in it fall. Most of them have a “type” they generally fit, but are too unique to slot into it completely. But with the RWBY girls? Every single one of them fit those types to a tee. Every single one.

What is more, all these stereotypes are those that are fairly particular to how girls are portrayed in anime. Protagonist Ruby is the perky “Genki Girl” – using a Japanese term for “enthusiastic/energetic,” it describes the type of character who is always bursting with energy and excited for everything. Ruby is excited to study magic at Beacon Academy, excited to make friends even when those “friends” are more reluctant. Just excited, excited, excited! And she rarely learns anything when that excitement backfires. Weiss is the “Tsundere” – the girl who alternates between standoffish snarkiness, and demure sweetness when someone penetrates her defenses; the ultimate fantasy of boys who like to pretend the girls who rebuff them secretly like them. Blake is the “Kuudere” – like the tsundere, but where her defense is simply ignoring people and hiding her face behind a book, instead of combating them. And Yang is the least complex of all, a one-dimensional “Team Mom” who seems to be there to encourage everyone and make them feel better, and little else. When she has a real personality, it changes with every scene.

The side female characters are even more disposable. Nora seems to be there for nothing but SUPER WACKY RANDOM!!! jokes about “imitating sloths” and such. Pyrrha is main male character Jaune’s hypercompetent and flawless love interest. Later, we meet a robot girl named Penny who’s yet another sterile example of “socially-inept but in a CUTE way!” Really, for all the fans love to talk about RWBY‘s many female characters, the only character with any semblance of depth or an arc is a male character, Jaune. He has some actual problems as someone coming from a long line of esteemed Hunters who can’t live up to their expectations, and faked his way into their school. He also gets a few episodes about learning to stand up to bullies. RWBY may seem “feminist” on the surface, but any close analysis reveals its female characters are two-dimensional stereotypes. In short, they’re “Strong Female Characters” in terms of the famous Hark! A Vagrant comic strip – but not in terms of any real understanding of strong character writing. The fans can read all they want into the characters’ interactions and write reams of femslash fanfiction about them, but that doesn’t change the flatness of the original material. 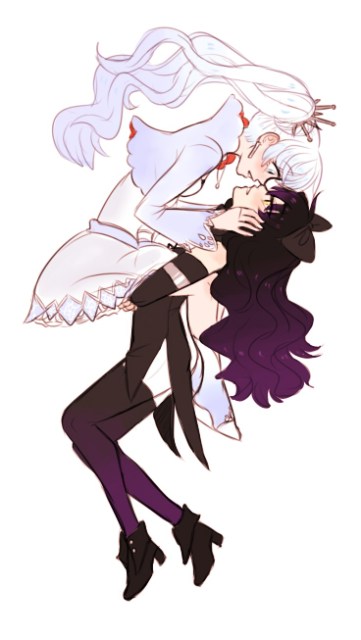 Man, I WISH there’d been any hint of this in the actual show! Via dashyice.deviantart.com

This is, of course, a huge problem with how people talk about female characters in general across media: thinking that girls who kick butt but lack depth are better than “weak” or “vulnerable” female characters who are, nevertheless, better fleshed-out and more realistic. Yet, this particularly seems to come up with anime, since these female-centric casts at least seem to address some of what we perceive as problems from a Western perspective. English-speaking fans are quick to talk about how shows like K-ON! that revolve around cutesy (in anime-fan parlance, “moe”) girls participating in a school club are “feminist”, because they’re all about girls and their relationships with each other. They ignore that these moe girls’ personalities are all non-threatening stereotypes designed to appeal to male anime fans, not reflections of how real teenagers act – and the idealization of these characters can even sexualize little girls. The point is, the lines are drawn differently in anime than they are in Western media. Passing the Bechdel Test isn’t the main issue; it’s passing it with female characters who resemble how actual women and girls act, not Bella Swans whose only “fault” is that they’re clumsy, or something else endearing. And RWBY may be an American production, but it’s engaging with anime’s particular legacy of sexism. 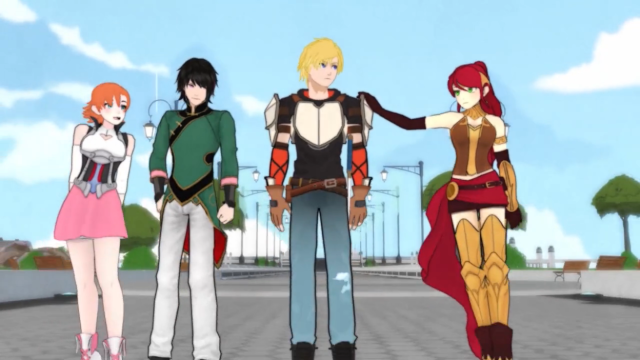 The RWBY girls’ ass-kicking makes them perhaps a little more powerful than the “cute girls doing cute things” of moe anime, but these “battle vixens” are still ultimately constructed around male fantasies. Is it really “empowering” to women if the only way we can get that empowerment is by removing our humanity, denying who we are outside of who men want us to be? If our only relationships with each other in fiction have nothing to do with how we act in real life?

Perhaps the new season, starting this week, will address some of those holes. It seems to be building to a conflict with a few more stakes in it than the school bullying-and-cliques nonsense that dominated the first season. I don’t think I have enough confidence in the writing team to pull it off, though. They’d have to accept that writing good female characters is about more than collections of tropes, and as long as their fans continue to praise them for merely not including panty shots, I don’t think they will. But feminist fans as a whole should demand better.

Join A+
Related:animesexismwebserieswomen in media