Helen Stewart, the very Scottish Governing Governor of HMS Larkhall in the early aughts UK primetime soap Bad Girls, was responsible for 80% of my sexual awakening — and so, I always jump at the chance to see more Scottish lesbians on my teevee. In fact, “Scottish lesbian” is the only thing I knew about Prime Video’s new series, The Rig, before I jumped in. Now I know enough to call it what it actually is: a supernatural eco-horror thriller that had me jumping out of my dang skin! But the promised lesbian is there! And she’s dykin’ with the boys! Also, on the plus side, it only took my ears 15 minutes to warm up so I could understand what “I’ll gie ye a skelpit lug” means. (“I’ll wallop you in the noggin’!”) (UPDATE: “I’ll wallop you in the EAR!” Should’ve left the subtitles on a little longer.) 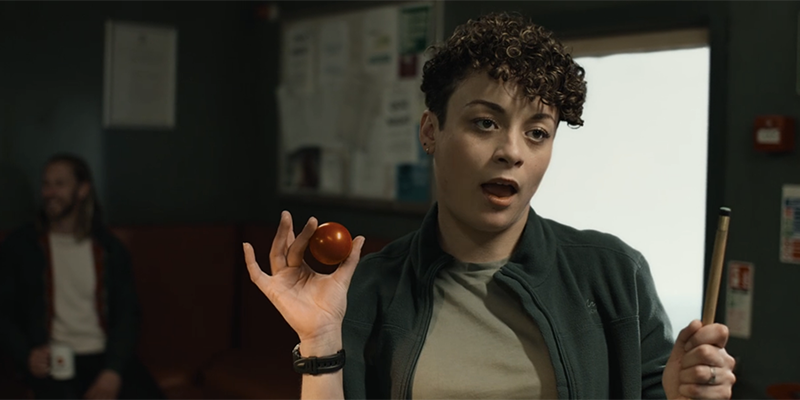 The rig in question is the Kinloch Bravo, a crude oil driller on the North Sea. When the series opens, a group of rig-workers who’ve been offshore for a long time are getting ready to head home, but the electronics on the rig, and the phones, and the internet, they all start glitching and then completely shut down. The crew finds themselves stranded, cut off from all outside communications with the mainland, as a strange fog envelops them. This is especially frustrating for our Cat (Rochenda Sandall), a brash butch medic who has a pregnant wife back home. She’s one of only a very small handful of women on the rig, along with real life queer Emily Hampshire, who plays Rose Mason, a company boss who really wanted to be a paleontologist. The Ripley, if you will. (And why wouldn’t you?)

At first the crew thinks the weather’s just weird. Then they think maybe there’s some kind of, oh I dunno, climate crisis or something. THEN they start to realize they’ve awakened an ancient supernatural monster with their drilling, and the monster is PISSED. There’s so much staring out into the mist, so much running down underlit hallways, so many ways to drown or nearly drown. It feels kind of like a Doctor Who ship siege episode, on the water. And scarier! Because, well, you know what happens when you stare too long into the abyss. 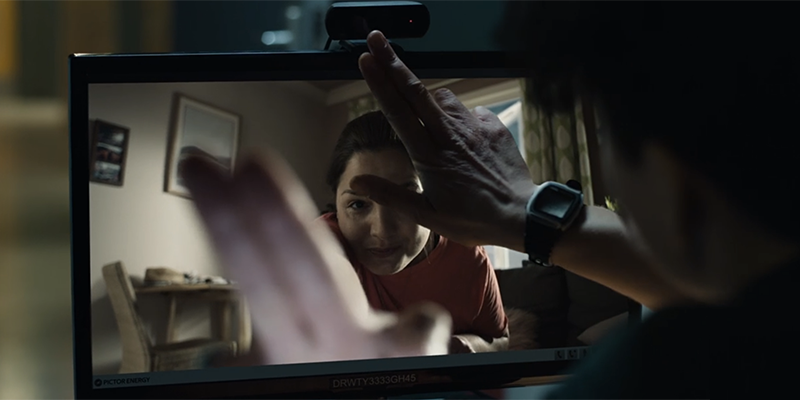 But it’s not all doom and gloom! I mean, it’s mostly doom and gloom! But there’s some corny dialogue to keep things interesting. For example, “Out here, things that can’t happen happen all the time.” And, “I don’t have to guess; that’s the great thing about science.” And, my personal favorite, “If you keep punching the Earth, it’s going to punch back.”

Cat’s storyline gets just as much time as the other characters who aren’t played by Game of Thrones actors. She’s one of the guys! But she’s also a woman who promised her wife that she’d quit this mess and take a job closer to home so they can raise their baby together. Of course, she’s gotta get home first. No small task when you’re in a war with human nature and Mother Nature.

All six episodes of The Rig are streaming now on Prime Video.