Okay let’s just get this out of the way right up front: Pretty Little Liars: Original Sin is good. Like, really good. The first three episodes dropped on HBO Max on Friday, and already this Rosewood-adjacent bananas teen drama knows exactly what it’s about. And that is: Teen girls doing slashings, teen girls getting slashed, mysterious notes and threats popping up in unlikely places in unhinged ways, and twins. There’s no doubt Original Sin is influenced by OG PLL. In fact, all the best things about the first three episodes lean hard into the groove left by 2010’s beloved/maligned ABC Family hit. (Someone’s dead and someone’s gotta pay, mean teens who only have each other so they better get past their little Burn Book hangups, truly awesome/horrible mothers, murder boards, and secrets that are locked in pockets for taking to the grave.)

Despite its similarities, Original Sin doesn’t seem to exist in the PLL/Ravenswood/Perfectionist universe. Yes, it’s Pennsylvania — but it’s Millwood, not Rosewood (Rust Belt not Stars Hollow), a place where grown men trying to seduce teenage girls is Categorically Bad, and where horror isn’t Adam Lambert on a Halloween train, but instead is Halloween. And Scream. And I Know What You Did Last Summer (And What Your Mothers Did Too). 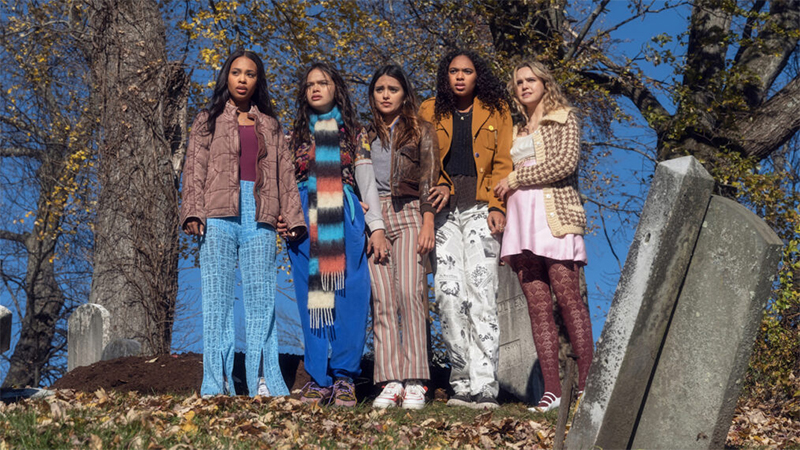 I wonder if she’s still alive in that grave, maybe she trained herself to hold her breath a long time.

Actually, What Your Mothers Did Too is the main thing. The series opens in 1999 at a warehouse rave (warehouses are the new barns in Original Sin) where a girl named Angela Waters climbs up into the rafters, screams CAN YOU SEE ME NOW??? and jumps to her death. Why? Still unclear, completely, but it definitely had something to do with these five teens who are now the moms of Millwood’s new class. That new class includes Tabby, a film nerd whose theater boss keeps hitting on her; Faran, who is the best goddamn dancer at the American Ballet Academy; Mouse, who is a shy guy; Noa, who will not be taking anyone’s shit; and Imogen, who is pregnant. (That’s five girls, two of whom have cat names, yes.) The New Liars’ moms were the bullies. But the New Liars are the ones getting bullied. So what brings them together is a plan to stop the girl who is menacing them. Her name is Karen. And she has a TWIN SISTER named Kelly.

I confess I didn’t really see how a new Pretty Little Liars could succeed.

The original Pretty Little Liars clawed its way out of the grave at exactly the right moment. 2010, if you can even remember that far back. A time when streaming services hadn’t yet taken over TV, when Twitter was just becoming a gathering place for people to watch their stories together, and when the only other real notable gay women on TV were Callie and Arizona on Grey’s Anatomy and Brittany and Santana on Glee (kind of, they were still in the pinky-holding stage). The L Word was as dead as a lesbian facedown in a pool. Orange Is the New Black hadn’t even been born. Pretty Little Liars — and Emily “Likes Beyonce a Little Too Much” Fields — walked directly into that void with promises of lesbianism, unbreakable female friendships, and truly unhinged shenanigans. It delivered, for a while, but The Culture outpaced Pretty Little Liars, in the end. 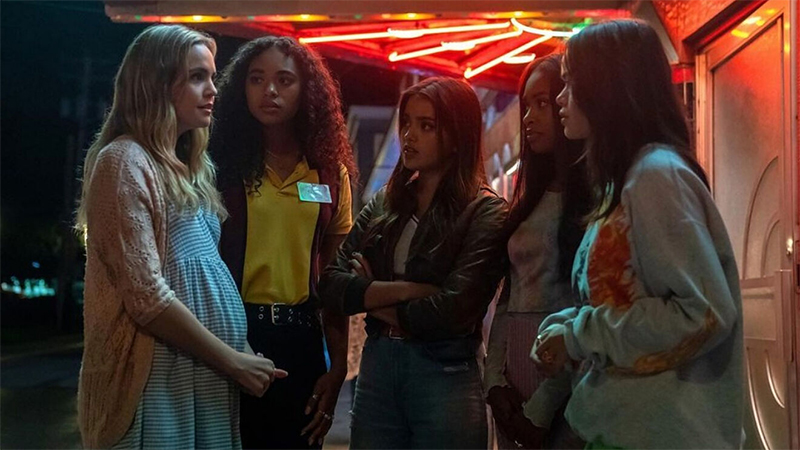 Relax, I got pregnant the old fashioned way, not by my ex-girlfriend’s eggs that my psycho boyfriend stole and planted inside my uterus while I was being held captive in the asylum where he works.

It failed when it came to race (basically killing off every Black character who came to town, and with only one POC in the main cast), it failed on trans issues like it was an early episode of Law & Order: SVU, and it failed on its major relationship — a high schooler and her predatory teacher — right at the dawn of #MeToo. It also launched two spin-offs, Ravenswood and The Perfectionists, that tanked after one season each.

Original Sin comes out swinging by indicting the Ezra character the minute he arrives on screen, and continuing to eviscerate him by showcasing his actions as fucking creepy and not romantic. The majority of the main cast are people of color. Mouse’s love interest is a trans guy named Ash (played by trans actor Jordan Gonzalez) and her moms — Elodie and Shirley — are gay. One super fun fact is Elodie is played by Lea Salonga, who is both the singing voice of Mulan and Shay Mitchell’s IRL aunt. Original Sin also has something in common with PLL that Ravenswood and The Perfectionists never did: It is so entirely watchable. It’s way more scary than the first PLL, so I’ll only be viewing it in the daylight — but I’ll definitely be eating it up.