I mean, Hanna spends the rest of the episode walking around in a bathrobe like it’s a suit of actual clothing, so clearly she’s not okay, but Spencer chalks it up to the stress of another murder investigation and Hanna’s boss calling from Tokyo every five minutes asking her to send him a package through the time-traveling portal of the United States Postal Service. 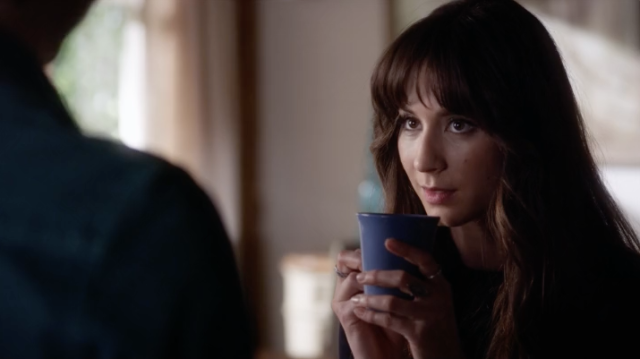 They don’t have an emoji for what I want you to do to me. 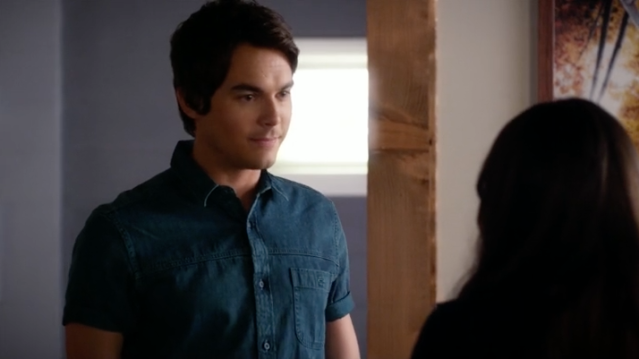 But it’s not all boning on Spencer’s mind. She ends up doing that FuzzFeed Website Page interview and instead of it being a puff piece on her mom, this guy’s got all kinds of questions about how Spencer is potentially a serial killer. She laughs, all, “What could you possibly mean?” And he’s like, “Well, you were the last person to see Ian Thomas alive, right? Dead now. Maya St. Germain, your best friend’s first girlfriend? Also dead. Officer Garret Reynolds? You ‘found’ his body in a box on a train. His dead body. Detective Wilden, the guy who was investigating you for some other murders? Dead. Shana Costumeshop, your best friend’s ex-girlfriend’s ex-girlfriend/ex-archenemy’s girlfriend? Dead. Bethany Young? The girl who looked like your fake-dead friend and was found in your fake-dead friend’s grave in a yard where you were known to carry a shovel? Dead. Same grave, later on: The woman who had an affair with your dad. And now Charlotte DiLaurentis? I’m not saying it’s a pattern, but … yeah, it’s totally a pattern. A pattern of deadness.”

Spencer can’t believe this is happening. Oh, if only she had the ability to make dubious moral decisions to preserve the people she cares about. But no, she cannot lie. She cannot and she never shall! She runs screaming into the street to get away from the FuzzFeed Wesbite Page reporter.

And that’s before she finds out he potentially unearthed the video of Melissa confessing to Spencer that she buried Bethany Young in Alison’s grave after the Grunwald pulled Alison out of it because she figured there was an 80 percent chance that Spencer had killed her and she didn’t want her to get in trouble. Spencer tries to convince Melissa she burned that tape like she burned every hockey stick in this godforsaken town, but Melissa doesn’t believe her.

Maybe the best way to explain your motivation for burying a dead body isn’t on a Snapchat. Just a tip for next time, Melissa.

Emily’s having a much worse day than that. For starters, she gets a letter from Pepperdine that says YOU DID NOT GRADUATE, which her mom opens up and reads. So then Emily has to hear her mom ask her if she wore a graduation costume and staged a photoshoot at Sears or something, and confess that yes, she did exactly that thing. Plus also, she’s still pumping herself full of pills and serums all day long. Plus also also, Sara Harvey is skulking around behind her everywhere she goes all the time, waving her gloved fingers in Emily’s face and making spooky ghost noises. 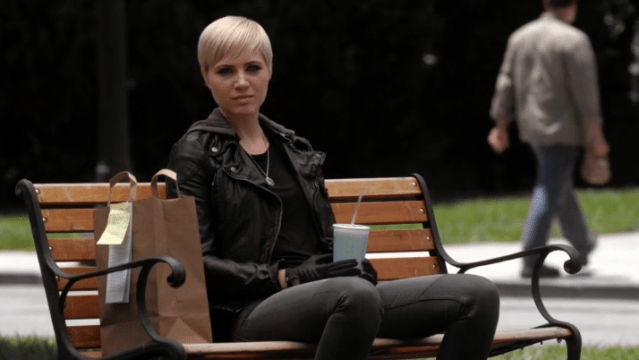 What’d they do? Okay, I’m going to share it with you, but brace yourself.

After faking her kidnap and torture in the doll house, after faking a bunch of photos of herself almost getting stabbed to death in Emily’s bed, after faking a relationship with Emily to get close to her and her friends, after being Red Coat who chased them around abandoned factories and tried to saw them in literal half and Red Coat who trapped them in lodges and tried to burn them alive, after being Black Widow who locked them in the zoo and released snakes on them, Sara Harvey led them from their senior prom into a building Charlotte intended to blow up. And inside that building she revealed herself as one of their most prominent menacers. And Emily punched her in the face. When Sara tried to get up off the ground of the building where she led them to die, she put her hands onto a box covered in about ten billion live wires, and it electrocuted her fingers. 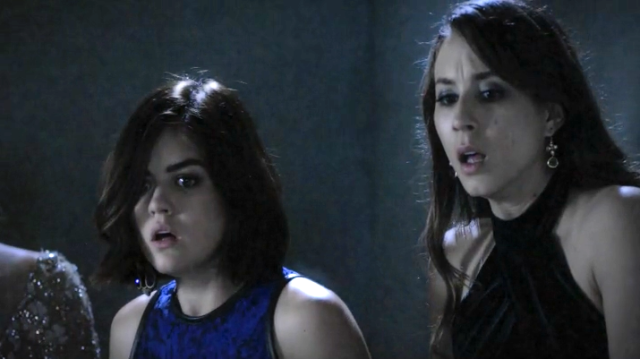 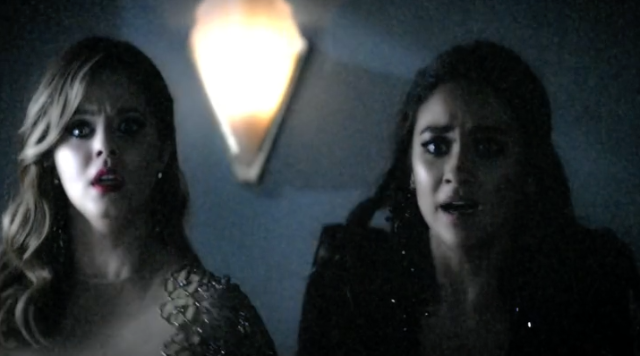 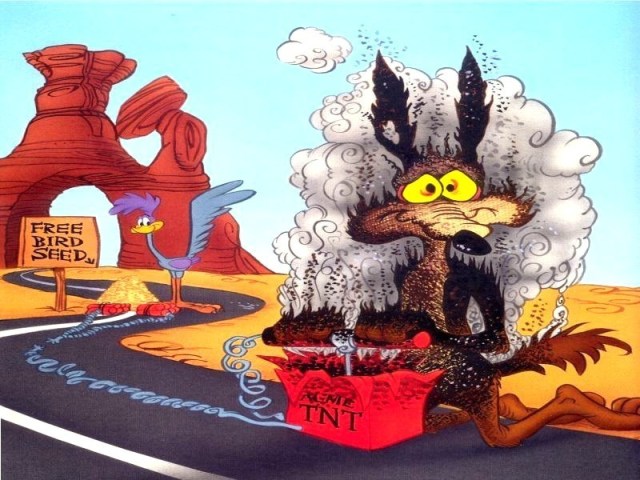 The other thing Emily is going through, besides the shame of having protected herself and her friends from a psychopath, is hormone treatments. That’s what’s with all the drugs. She’s broke and she’s gonna sell her eggs and some happy couple will get to raise the most wonderful little gay Hufflepuff baby. She confesses it to Hanna after Hanna sees her injecting meds into her hamstring in Aria’s bathroom. It feels good to come clean and be loved, and so Emily lets her mom do that for her as well. Pam gets it. Everyone Emily has ever cared about has been written off this show and it’s enough to make anyone go a little berserk, but Emily doesn’t have to go through it alone. She’s got Pam. And Pam’s got wine. And they’re going to be okay.

Did y’all read this story about how in post-Snowzilla D.C., only women showed up to run the Senate? On the floor, Sen. Lisa Murkowski said: “As we convene this morning, you look around the chamber, the presiding officer is female. All of our parliamentarians are female. Our floor managers are female. All of our pages are female.” And when the Washington Post asked her about it, she said, “Perhaps it speaks to the hardiness of women, to put on your boots and put your hat on and get out and slog through the mess that’s out there.”

Anyway, in a world where these five teenage girls in Rosewood, PA were abused and stalked and preyed upon and framed and trapped and beaten down and tortured and manipulated and made to question their own sanity and goodness, and yet pushed through that to pursue their dreams, and took responsibility for what they got wrong and accepted the repercussions of their mistakes and are working to make their clumsy decisions right, in that world, one single tragic thing happened to Ezra Fitz and he has decided to throw the biggest motherfucking hissy fit you have ever seen in your life. 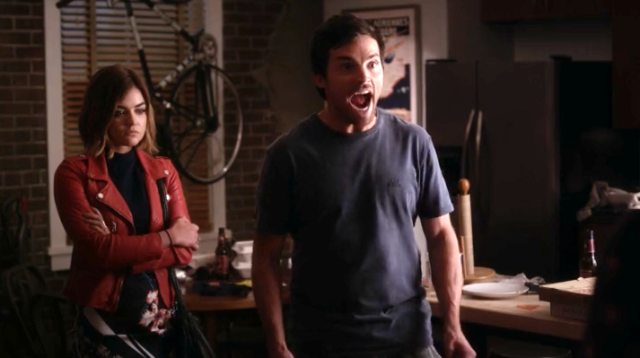 He won’t finish his book, despite the fact that he was already paid for it and that not doing it is going to fuck up Aria’s career. He won’t tell the Liars where he went the night Charlotte was murdered, despite the fact that his silence is making their lives much more dangerous. And when Ashley Marin has the audacity to refuse his alcoholic ass a beer at 11am because the last time he drank at her hotel he got blitzed and caused a scene, he practically throws his body down on the floor and beats his fists against that ground because he wants what he wants!

Aria decides to write his book for him, because she understands that being a human person in this world is all about slogging through the mess that’s out there. (The best part of this episode is when Aria’s boss says Ezra’s destiny is to teach creative writing on a cruise ship.) 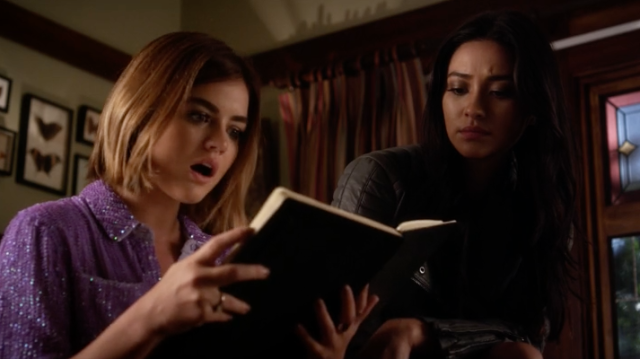 OMG, I thought I destroyed this story when I threw it off the ski lift! 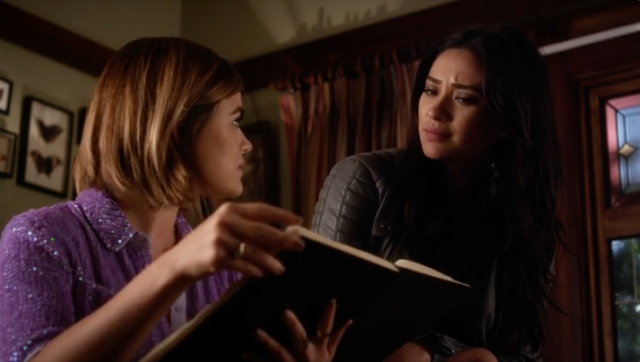 He must’ve kept this in the cabinet with his secret chickpeas!

After it all, after the fertility treatments and the lying alibis and Spencer and Caleb burning each other’s toast in front of the crackling fire, the Liars receive a text message from devil emoji who knows what they did last summer and the summer before that and the summer before that one, dating all the way back to the summer they were born, and even though none of what they did those summers was as bad as the time they watched Sara Harvey cook her hands while she was trying to murder them, they’re going to pay. Devil emoji throws away the Risen Mitten’s gloves and A’s black hoodie and Googles “uniforms.” Devil emoji is out of ideas and he hasn’t even unpacked his lair yet.