PORTIA ON THE VIEW: Being a lesbian sometimes means fielding really ridiculous questions like, “How do you have sex?” and “Who’s the man in the relationship?” Elisabeth Hasselbeck managed to take this line of questioning to a new level of numbskullery on The View Friday when she asked Portia De Rossi if the word “marriage” was more important than the act of commitment.  She preempted this deep understanding of words and laws with a strange analogy about women wanting equal rights but not wanting dicks. I have no idea how this woman dresses herself in the morning.

What I wish everyone was talking about, aside from what a complete waste of hair dye Hasselbeck is, is Portia’s story of being a closeted gay actress. She was so terrified of being asked about her personal life, she was actually relieved when the building caught on fire. People! Think about that!

The original title of this post was, “Study Shows More Teens Like Gay People, Just Like We Brainwashed Them To in Kindergarten,” but then I had to change it b/c Portia is more important. But wasn’t that a good title you guys? AM I PRETTY? 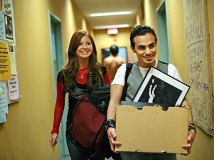 “A study conducted by the Girl Scout Research Institute (GSRI) in partnership with Harris Interactive found that respect and value for diversity has increased over the past 20 years among American youth … More youth also support same-sex relationships and almost half of the youth (in grades 7 – 12) surveyed reported that a friendship would continue unchanged if a friend revealed that s/he was involved in a same-sex relationship. These numbers vary by gender with 84 percent of girls reporting that they would maintain a friendship with a gay or lesbian friend in comparison to 62 percent of boys.” Our own projections conclude that 10 percent of the other boys would prefer to take that relationship to the next level, and the rest should have their balls cut off and don’t deserve nice gay friends, or are scared of gay panic, or else their parents need to be smacked upside the head. The remaining 16% of girls just aren’t ready for this jelly but they will be. (@carnalnation)

SPORTS: David Stern believes a woman could be playing in NBA within the next 10 years. “I think we might,” said Stern. “I don’t want to get into all kinds of arguments with players and coaches about the likelihood. But I really think it’s a good possibility.” (@sports illustrated)

OBAMA BRING BACK “ARRESTED DEVELOPMENT”: The fifty best protest signs of 2009. The ones from the other side are the funniest. 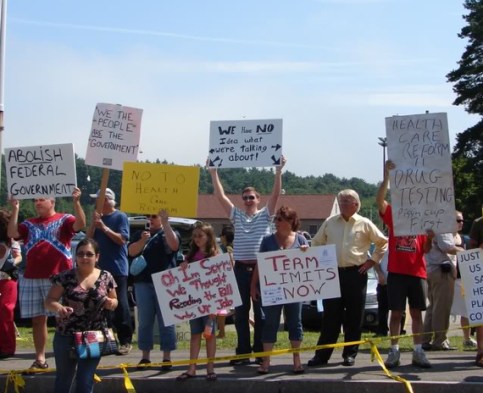 MONEY HONEY: Anti-Gay NOM Considered for Chase Bank Charity – “Chase Bank is running a contest called ‘Community Giving’ for users to select charities worthy of receiving a chunk of a 5 million dollar donation by the bank. Among the non-profits listed are the anti-gay National Organization for Marriage. NOM being on the list is a direct violation of Chase’s own non-discrimination policy.” Coincidentally, Chase is Reson #3 I am poor, as they take $300 of my non-existent money every month just to protect me from them charging me more fees and then making me have bad credit. So if they give that fucking money to NOM, I am not kidding this time, I will write a SCUC MANIFESTO and jump off a bridge. (@queersunited)

UPDATE: Now someone has stolen all my remaining money from an ATM in the Bronx without my debit card. So that’s that! BUT HAI LOOK AT THIS: 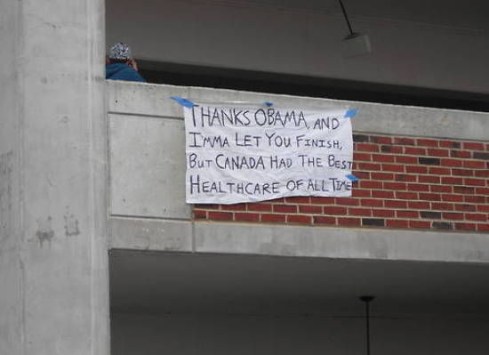