+ On Saturday night, right after Team USA won another gold medal in women’s basketball, Sue Bird kissed Megan Rapinoe on the sidelines, and our traffic went THROUGH THE ROOF. 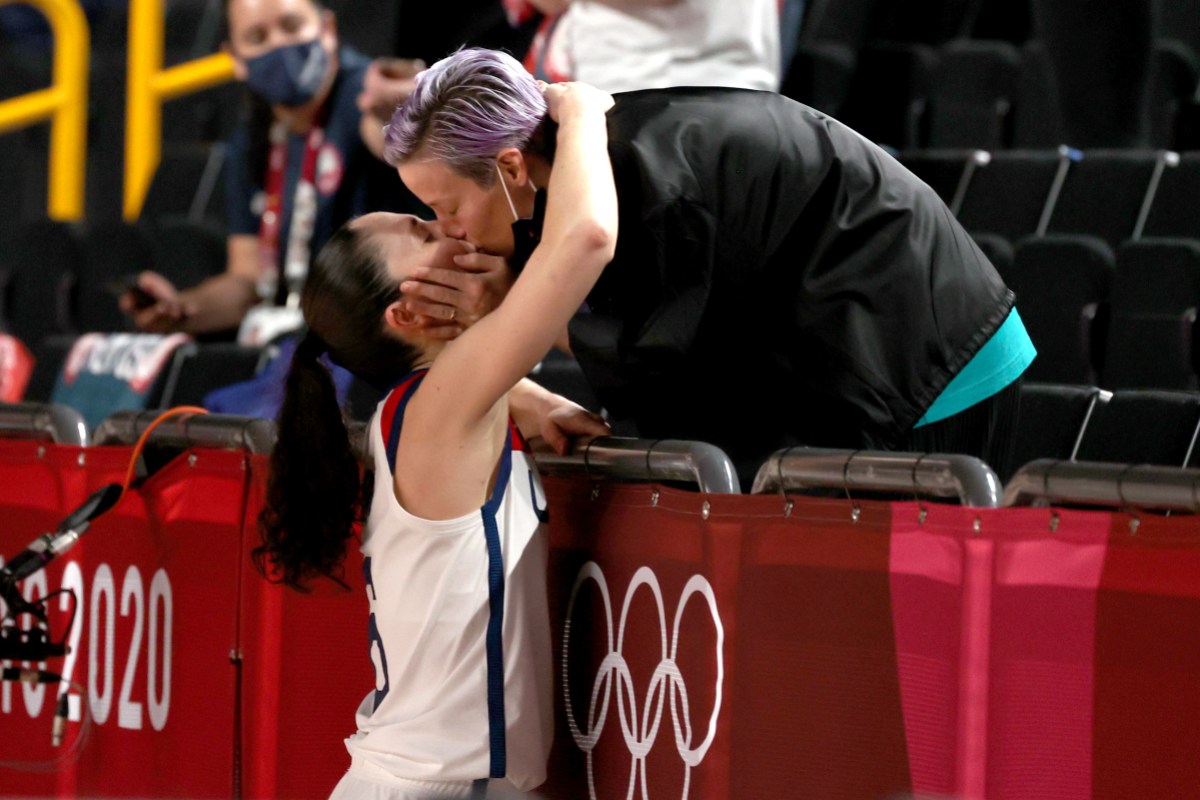 Riese thought we were under attack. It was our biggest sudden traffic spike since we started tracking real-time traffic in 2018. We got over ten thousand views in ten minutes at midnight on a Saturday, which is usually the slowest hour of the week. Luckily it was just straight people frantically Googling what they did not know and landing on Autostraddle dot com.

I would be remiss not to also mention that four of the five starters on Team USA — Brittney Griner, Breanna Stewart, Diana Taurasi, and Sue Bird — are gay, gay, gay, and so is their often-times six man, Chelsea Gray. And so is 3 x 3 gold medal winner Stefanie Dolson. So! 🏀🌈

+ How Gossip Girl broke the fantasy of being the world’s most special girl.

+ I am so torn between being constantly annoyed at everything Ryan Murphy touches and also really wanting to watch American Crime Story: Impeachment. Here’s the first teaser Beanie Feldstein is doing nothing to quell my curiosity.

+ And also here’s the trailer for Diary of a Future President season two!

+ If everything’s a little bit gay, what happens to queer film and TV?

+ This NYT profile of Ashley Nicole Black is an excellent read to kick off your week.

+ Why is The Owl House so far ahead of the rest of Disney when it comes to queer representation?

+ Jes Macallan on her directorial debut in last night’s “wackadoo” Legends of Tomorrow.

+ Elliot Page will be honored at OutFest with the LGBTQ film festival’s annual Achievement Award.

+ The trailer for FX/Hulu’s Y: The Last Man trailer is here and I am so nervous about this show after reading the kiiiinda problematic comic books.