Did you know that St. Patrick’s Day commemorates Ireland’s widespread acceptance of Christianity, to the credit of a young man named Patrick who would later become a patron saint of Ireland? I tried to find Patrick’s full original name for you, pre-sainthood, but gave up after a few minutes. My Irish Catholic girlfriend said that when a person is sainted, their original name is “wiped from the earth,” but I think she’s just kidding. Anyway! This Patrick kid was kidnapped at 16 and made a slave in Ireland, but then he escaped to Britain where I’m assuming he learned all about Christianity, and then he went BACK to Ireland to teach them how to be Christians instead of Celtic polytheists. Cheers!

So in honor of yet another holiday that we celebrate without really knowing why, we’ve put together a playlist of songs that could possibly make you feel like you’re in Ireland! (Unless you’re already in Ireland, in which case this whole playlist will probably seem silly. You could make a better one.) Or they could remind you of that time you went to an Irish pub that played Irish music. Or maybe it’s just a string of songs that include fiddles and bagpipes or neither and sound somewhat similar or not at all or are by Irish bands. Maybe, much like St. Patrick’s Day itself, this playlist can just be a good excuse to pause Lent, drink beer/whisky and sing along. 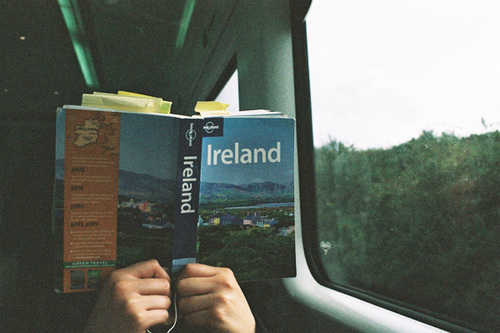 Want to suggest a playlist theme? Hit Crystal up on Formspring and someone on the team might make it for you.