Autostraddle fav Kristen Stewart recently did a photo shoot for Wildfang clothing. This was the result: 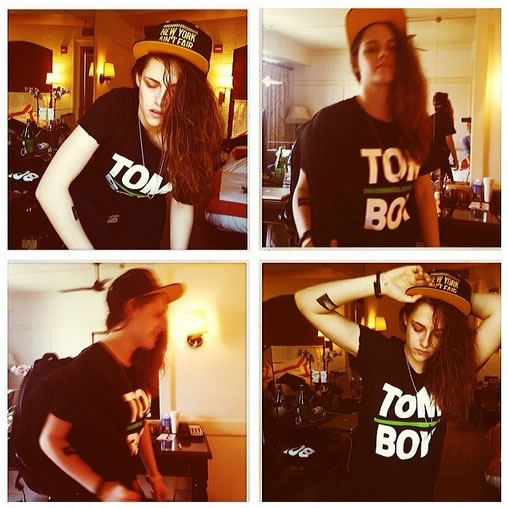 via Wildfang, photo by Lindsey Byrnes

Here is a playlist about those pictures. I make no presumptions and offer the following feelings list without commentary.

These Pictures of Kristen Stewart

– Katrina & The Waves
More Than A Feeling

– Boston
What An Experience

– Tegan & Sara
Making It Up

– Allison Weiss
Boys Wanna Be Her

– Michelle Branch
Come On Over Baby (All I Want Is You)

– B*Witched
I Wanna Dance With Somebody

– A Great Big World
Come On, Come Out

– A Fine Frenzy
Say It, Just Say It

– The Mowgli’s
Anything Can Happen

These Pictures of Kristen Stewart from Autostraddle on 8tracks Radio.